Russia Is Planning A "Ground Force" of Armed Military Robots

Here's a Kremlin video showing the human soldiers and killer robots working side by side. 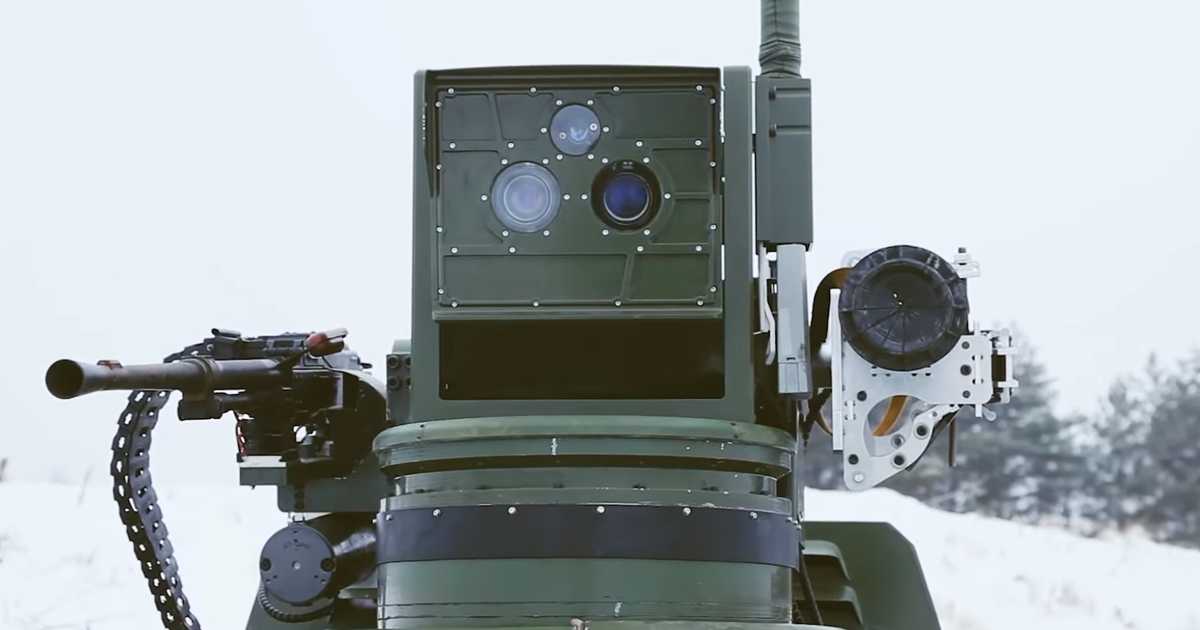 The Russian military's research division is working to develop ground-based, combat-ready robots to assist its infantry.

The heavily-armed robots, first displayed in a state-produced video last month, resemble miniature tanks that can be deployed alongside infantry or swarms of quadrotor drones — either of which, according to C4ISRNET, can send targeting information back to the killer robot.

For now, the robots will still require significant human intervention, with a soldier selecting targets for the tank or remotely controlling it from afar. But Russia's Advanced Research Foundation, the military research division behind this new technology, told C4ISRNET that the ultimate goal is to hand off those responsibilities to artificial intelligence algorithms as soon as possible.

“The evolution of combat robots is on the path of increasing the ability to perform tasks in autonomous mode with a gradual reduction in the role of the operator," a spokesperson told C4ISRNET.

Russia isn't the only country building semi-autonomous weapons — The U.S. is developing weaponized autonomous boats and the U.K. has a program in place to build autonomous killer drones.

Meanwhile, many other nations have called for a ban on autonomous weapons, insisting that a human must always be the one to pull the trigger. Judging by Russia's new video, in which a semi-autonomous robot tank literally does donuts in the snow, that international ban may not mean all that much.

Read This Next
"Hoodwinked"
New Pentagon Group Accused of Trying to "Bury" UFOs Again
Diner Drama
People Furious at Robot Serving Pancakes at Denny's
Killer Robot Update
Uh Oh, They Strapped a Sniper Rifle to a Robot Dog
Hmmmmmm
The Pentagon Just Released Its UFO Report
Crush Depth
Debris Found From Missing Submarine, All Crew Presumed Dead
More on Robots & Machines
From the Dept. of...
Thursday on futurism
The Best Mini Fridges of 2023
Blow Up Doll
Monday on the byte
Ukraine Accuses Russia of Using Inflatable "Dummy Tanks," Which Deflated
FROM THE DEPT. OF...
Monday on futurism
The Best Compost Toilets of 2023
READ MORE STORIES ABOUT / Robots & Machines
Keep up.
Subscribe to our daily newsletter to keep in touch with the subjects shaping our future.
+Social+Newsletter
TopicsAbout UsContact Us
Copyright ©, Camden Media Inc All Rights Reserved. See our User Agreement, Privacy Policy and Data Use Policy. The material on this site may not be reproduced, distributed, transmitted, cached or otherwise used, except with prior written permission of Futurism. Articles may contain affiliate links which enable us to share in the revenue of any purchases made.
Fonts by Typekit and Monotype.