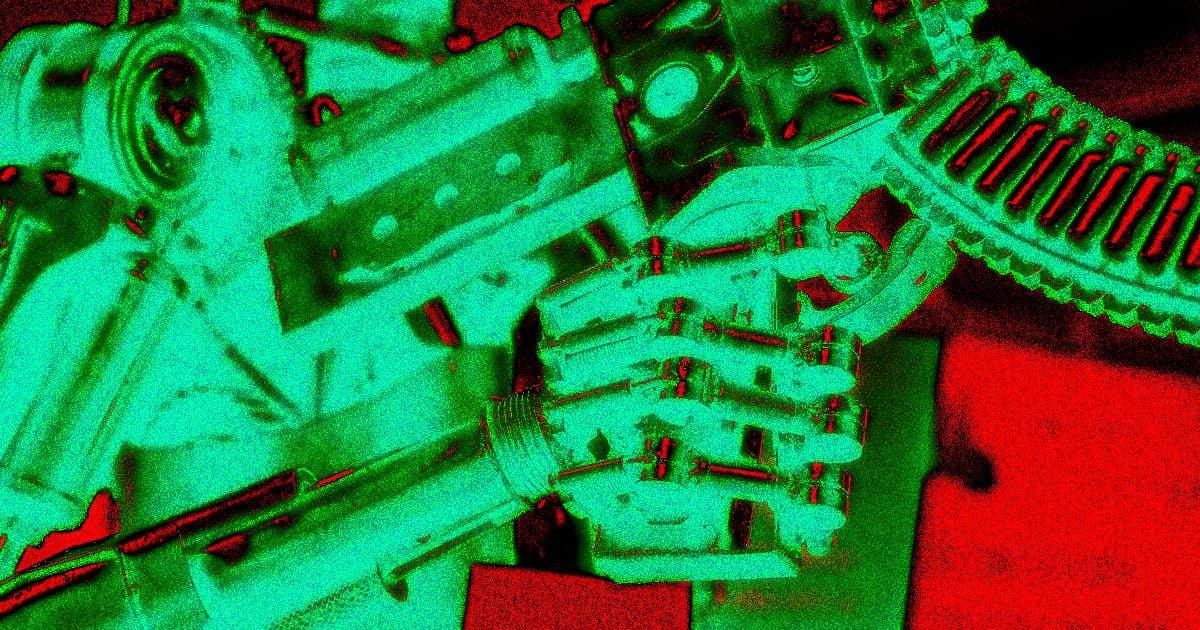 Experts: It’d Be "Relatively Easy" to Deploy Killer Robots by 2021

Killer robots aren't nearly as hard to build as you might think — and they could be here sooner than you expect, too.

Those are two of the disturbing takeaways from a new Vox story focused on the state of autonomous weapons, AI-powered systems that could make the decision to use lethal force without any human input.

"Technologically, autonomous weapons are easier than self-driving cars," Stuart Russell, a computer science professor at UC Berkeley, told Vox. "People who work in the related technologies think it’d be relatively easy to put together a very effective weapon in less than two years."

The public might not be aware of how close we are to killer robots because they don't actually know what the technology would look like, artificial intelligence professor at the University of New South Wales Toby Walsh told Vox.

"When people hear 'killer robots,' they think Terminator, they think science fiction, they think of something that’s far away," Walsh said. "Instead, it’s simpler technologies that are much nearer, and that are being prototyped as we speak."

The Vox piece suggests that those "simpler technologies" might be drones upgraded with facial recognition technology to only attack identified targets — and that's a downright terrifying prospect given the many, many examples of that tech's inaccuracy.

READ MORE: Death by algorithm: the age of killer robots is closer than you think [Vox]

Zap Squad
Most of Company's Ethics Board Resigns in Disgust Over Taser-Wielding Drones
6. 7. 22
Read More
Toy Terminators
MIT Professor Warns That Cartels Could Use "Slaughterbots" to Evade Justice
12. 13. 21
Read More
D'oh!
US Military Horrified by Chinese Military Spending Money on Exact Same Crap They Do
11. 13. 21
Read More
+Social+Newsletter
TopicsAbout UsContact Us
Copyright ©, Camden Media Inc All Rights Reserved. See our User Agreement, Privacy Policy and Data Use Policy. The material on this site may not be reproduced, distributed, transmitted, cached or otherwise used, except with prior written permission of Futurism. Articles may contain affiliate links which enable us to share in the revenue of any purchases made.
Fonts by Typekit and Monotype.