"The company has fundamentally failed to embrace the values that we have tried to instill." 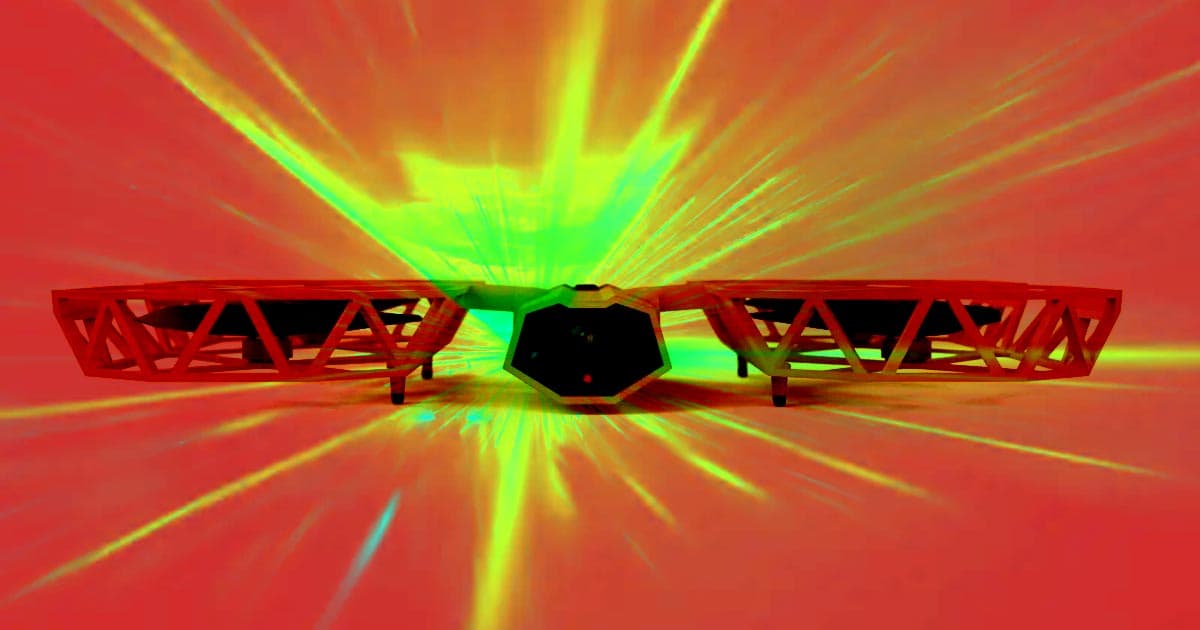 The nation's leading stun gun maker is pulling its plans to equip schools with Taser-wielding drones, but that wasn't enough for three-quarters of its ethics board, which resigned in protest over the company's mishandling of the rollout.

The resignation of nine out of 12 Axon International ethics board members, announced in a statement published by the NYU School of Law's Policing Project, is the latest in the company's Taser drone saga. The flap has been going on behind the scenes for more than a year, but exploded into public view over the last few weeks since the tragic school shooting in Uvalde, Texas at the end of May.

Last week, Axon's CEO Rick Smith said that the Uvalde shooting led him to announce that the company was exploring a Taser drone pilot program for schools against the wishes of the ethics board, which had already warned him not to go public with the plan until Axon addressed its many concerns with the concept.

"Now is the time to make this technology a reality," Smith wrote in his initial statement, "and to begin a robust public discussion around how to ethically introduce non-lethal drones into schools."

Many board members evidently disagreed, with now-resigned board member Danielle Citron, a University of Virginia law professor, expressing "disappointment" on behalf of the Axon AI Ethics Advisory Board and warning that resignations were likely to follow.

In its most recent statement, the Axon ethics board suggested that in Smith's characterization of the disagreement between board and company, the CEO neglected to mention that the company's initial Taser drone plan was far more "narrow," and would only have been provided to law enforcement to be used in specific circumstances aimed at saving the lives of police officers.

"None of us expected the announcement from Axon," the board's statement read. "That announcement — that the company’s goal is to entrench countless pre-positioned, Taser-equipped drones in a variety of schools and public places, to be activated in response to AI-powered persistent surveillance — leads us to conclude that after several years of work, the company has fundamentally failed to embrace the values that we have tried to instill."

The board accused Axon of repeated failures to heed its advice about the use of AI surveillance, which the resigning board members said "undoubtedly will harm communities of color and others who are overpoliced, and likely well beyond that."

"The Taser-equipped drone also has no realistic chance of solving the mass shooting problem Axon now is prescribing it for," the statement continued, "only distracting society from real solutions to a tragic problem."

In his own rebuttal, Smith said that Axon is now "pausing work on this project and refocusing to further engage with key constituencies to fully explore the best path forward" in the wake of the board's resignation, in which he expressed his own disappointment.

He didn't explicitly address the change in scope of the proposed project, nor the board's concerns about this type of weaponry and Axon's AI surveillance in general being used to further police marginalized populations.

It's probably a net good that Axon is putting the brakes on this wild concept, but if the world's biggest stun gun company is willing to overstep its self-imposed watchdog when the CEO gets emotional, that doesn't bode well for its future — or ours.

More on AI and law enforcement: Crime-Fighting AI Put a Guy in Jail for a Year With Little Evidence

Read This Next
Toy Terminators
MIT Professor Warns That Cartels Could Use "Slaughterbots" to Evade Justice
Cop Cam Crisis
Police Body Camera Maker Decides Against Using Facial Recognition
Drone Warfare
The Air Force Is Building AI to Fly Fighter Jets Called "Skyborg"
Terminator Too
The UK Is Developing Autonomous Killer Robots
Futurism
Five Experts Share What Scares Them the Most About AI
More on Artificial Intelligence
Paper Chaser
Thursday on futurism
Researcher Tells AI to Write a Paper About Itself, Then Submits It to Academic Journal
Fooled Ya
Thursday on the byte
Company Complains That Users Keep Thinking Its AI Has Come to Life
Craiyon Dreams
Thursday on futurism
The Creator of That Viral Image Generating AI Loves All Your Weird Creations
READ MORE STORIES ABOUT / Artificial Intelligence
Keep up.
Subscribe to our daily newsletter to keep in touch with the subjects shaping our future.
+Social+Newsletter
TopicsAbout UsContact Us
Copyright ©, Camden Media Inc All Rights Reserved. See our User Agreement, Privacy Policy and Data Use Policy. The material on this site may not be reproduced, distributed, transmitted, cached or otherwise used, except with prior written permission of Futurism. Fonts by Typekit and Monotype.