MIT Professor Warns That Cartels Could Use "Slaughterbots" to Evade Justice

This military tech may soon be available to the public. 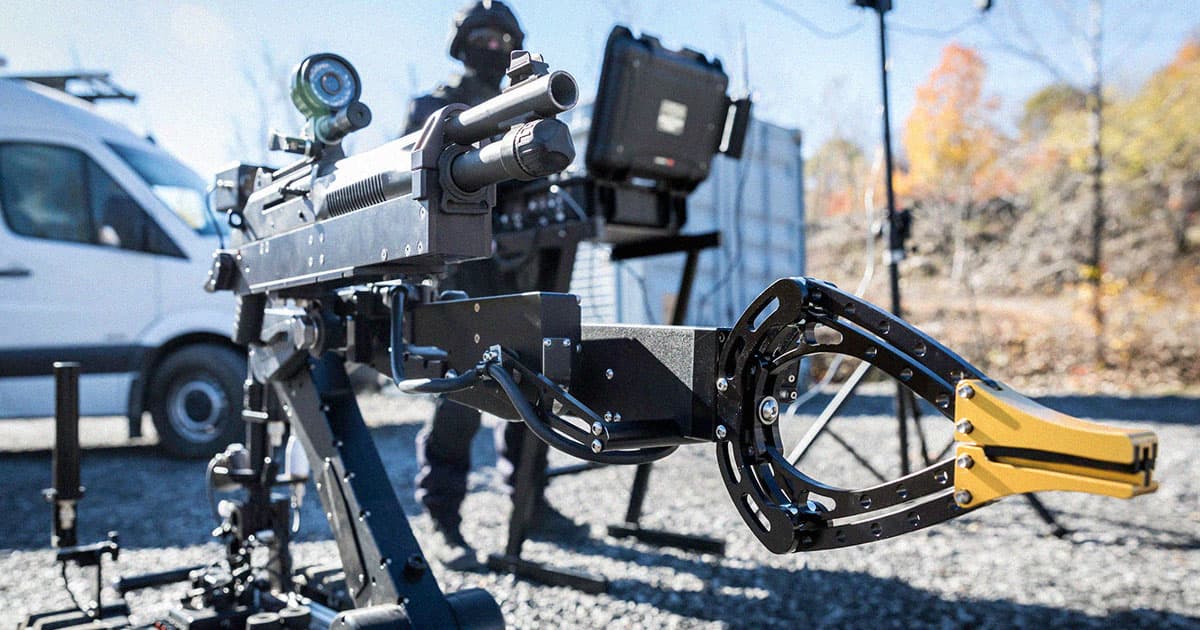 Cheap, lightweight killer robots are just around the corner — and major military powers, including the US, are doing very little to stop them.

In an interview with TheNextWeb, MIT artificial intelligence and weapons researcher Max Tegmark warned that the kind of "slaughterbots" that militaries are already working hard on may soon be in the hands of civilians as well.

"They’ll be small, cheap and light like smartphones, and incredibly versatile and powerful," he told the site. "It’s clearly not in the national security interest of these countries to legalize super-powerful weapons of mass destruction."

The greater context is even more chilling. The US, Russia, and China have all signaled that they are against an outright global ban on these so-called "legal autonomous weapons" (LAWs) ahead of a United Nations debate and resolution vote this week.

An unnamed diplomat told Reuters that there is "not enough support to launch a treaty at this stage," though they're hopeful for some sort of "principles" countries will agree to on a nation-by-nation basis.

While such stopgaps may work for Geneva, researchers and activists like Tegmark and Claire Conboy of the Stop Killer Robots coalition think it's far from enough, and Conboy told Reuters that "the pace of technology is really beginning to outpace the rate of diplomatic talks."

Tegmark's Future of Life Institute (FLI) at MIT recently released a film about the dangers of this terrifying technology, and the doomsday-esque near future the institute imagines is as horrific as you'd expect: facial recognition drones, robots being used for robberies, and politically-motivated mass executions.

The FLI co-founder told TNW that these slaughterbots would be of particular use to cartels.

"If you can buy slaughterbots for the same price as an AK-47," he said, "that’s much preferable for drug cartels, because you’re not going to get caught anymore when you kill someone."

"Even if a judge has lots of bodyguards, you can fly in through a bedroom window while they’re sleeping and kill them," he continued. "And it’s going to go far beyond that. Because pretty soon anyone who wants to knock off anyone for any reason will be able to do this."

Naturally, this technology already exists and has already been used on battlefields.

Indeed, NPR reported earlier this year that autonomous drones — that is, killer drones that do not have human operators — were used in a skirmish between dueling Libyan military factions in March 2020, though researchers noted that it doesn't appear as if anyone was killed by the drones. Israel also reportedly used an AI-assisted robotic sniper rifle to assassinate an Iranian nuclear scientist last year.

The US, notably, is going through the motions of asking Congress for permission to build autonomous weapons, though it seems like just a matter of time before they get Terminators on their wish list. That fact, paired with signals that the American UN delegation is going to debate and ultimately vote against a treaty against LAWs, is especially telling.

While it's obviously terrifying to consider a not-so-distant future in which any civilian can buy and program a drone to kill someone else, we can't forget that human-operated drones already exist and have already killed scores of people in the hands of militaries, with the US being chief among them.

With the automation craze sweeping every industry from agriculture to weapons manufacturing, it was only a matter of time before someone decided to take the human element out of drone-striking. Making "slaughterbots" available to the public, as such, is the logical endpoint.

READ MORE: ‘Slaughterbots’ are a step away from your neighborhood — and we need a ban [TheNextWeb]

Read This Next
Zap Squad
Most of Company's Ethics Board Resigns in Disgust Over Taser-Wielding Drones
D'oh!
US Military Horrified by Chinese Military Spending Money on Exact Same Crap They Do
Drone Warfare
The Air Force Is Building AI to Fly Fighter Jets Called "Skyborg"
Terminator Too
The UK Is Developing Autonomous Killer Robots
Futurism
Five Experts Share What Scares Them the Most About AI
More on Artificial Intelligence
History Selfie Ch...
Yesterday on the byte
New AI Shows What You'd Look Like in Different Eras
I'm a Cool Boss(w...
Nov 23 on the byte
Companies Already Investing in Tech to Scan Employees’ Brains
Language Moron
Nov 20 on the byte
Facebook Takes Down AI That Churns Out Fake Academic Papers After Widespread Criticism
READ MORE STORIES ABOUT / Artificial Intelligence
Keep up.
Subscribe to our daily newsletter to keep in touch with the subjects shaping our future.
+Social+Newsletter
TopicsAbout UsContact Us
Copyright ©, Camden Media Inc All Rights Reserved. See our User Agreement, Privacy Policy and Data Use Policy. The material on this site may not be reproduced, distributed, transmitted, cached or otherwise used, except with prior written permission of Futurism. Articles may contain affiliate links which enable us to share in the revenue of any purchases made.
Fonts by Typekit and Monotype.