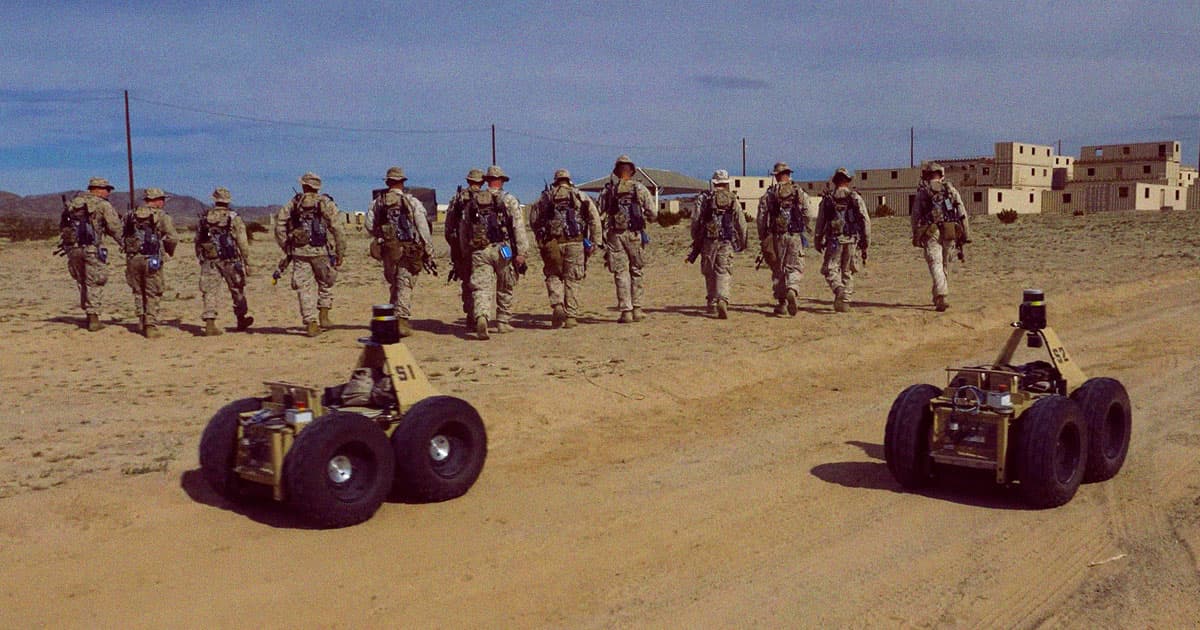 A new military hit squad uses both human and robot soldiers to scout out and storm a battlefield.

The so-called “Squad X,” an experimental team assembled by the Pentagon’s research division, DARPA, uses scouting robots to gather intel about an area before human infantry move in, according to The Verge. The human-machine symbiosis could indicate a shift in military strategy in which disposable robots are sent into dangerous situations first to make sure humans have all the information they need before engaging.

DARPA first started testing out Squad X in California last November, according to a press release. The system depends on two main types of surveillance technology, according to The Verge, which allow the robots to detect hostile communication signals as well as physical targets like soldiers or drones.

The robots themselves are unarmed, though — human soldiers still need to go in and do the actual fighting, Squad X program manager Lt. Col. Phil Root told The Verge.

“The human is of course involved with any lethal action, but at this point, it’s about establishing superior situational awareness,” he told the site.

More on DARPA: Military Pilots Can Control Three Jets at Once via a Neural Implant