Virtual racing can teach you how to race just as well as in the real-world. 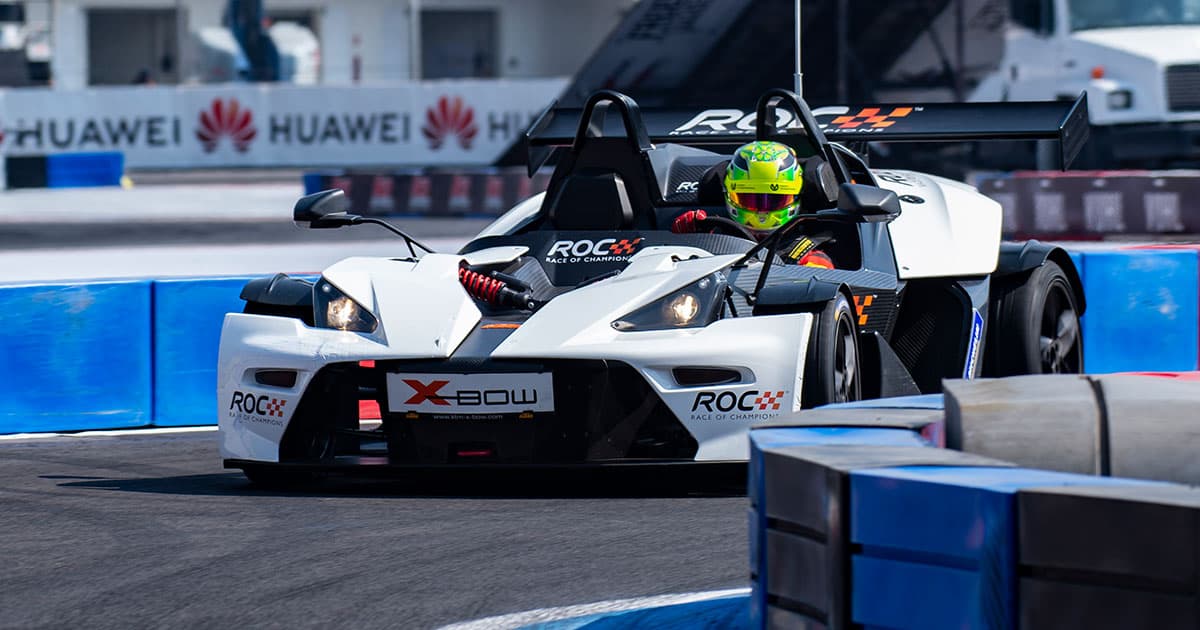 Video games and simulators are getting pretty realistic — a video game pro beat a former Formula 1 driver in a race this weekend, without decades of real-world racing experience.

In a shocking victory that left commentators speechless, 23-year-old Enzo Bonito beat Lucas di Grassi, a Formula E and ex-Formula 1 driver on a winding race track in Mexico on Jan. 19. Why does it matter? Because Bonito cut his teeth in esports, the nascent world of competitors who play video games for prizes. Esports are becoming so popular that prizes recently topped out at $100 million for a Fortnite tournament last year.

For years, I've been arguing that the top sim racers are really good drivers, and would kick ass given the proper training. Now we are seeing more and more get the chance to prove it. I couldn't be more proud of @EnzoBonito17. The future is bright @iRacing.

The Race of Champions, which took place in Mexico this year, has been pitting the best drivers from all kinds of motorsport disciplines against each other since 1988. Starting in 2018, the competition allowed virtual racers to enter as well.

Real-world racers usually go through decades of training, working their way up through different championships. Now simulators have become so good at what they do that they're able to turn an esports pro gamer into a real-life champion, like Bonito. In other words, the skills sim racers pick up are actually transferable to racing inside real-world cars.

While the win came as a shock, it was a long time coming. Sim racing has made major strides in recent years — the first professional esports race team launched in 2016, and is part of a much bigger network of a number of racing leagues and competitions today. The phenomenon works in the other direction as well: many real-world racing professionals are now competing in online racing platforms.

But nobody expected an esports pro to get this far. In fact, Bonito went on to beat three-time Indy 500 — that's one of the most prestigious motorsport events in the world — winner Ryan Hunter-Reay the next day.

More on esports: A New Cornerstone of Human Culture is Transforming Our Oldest Institutions

Read This Next
To Meta Predator
Experts Warn of Child Predators in Mark Zuckerberg’s Metaverse
Defcon Fun
Princeton Researchers Create Terrifying VR Simulation of Nuke Attack to Train US Officials
AI Elder Gods
Neural Network Is Frighteningly Good at Drawing Cthulhu
Brands We Love
Ready or Not, Inexpensive VR Sex Is Going Mainstream
Brands We Love
Realistic, Interactive VR Sex Is Finally Here, and It's Affordable
More on Virtuality
Biggest Loser
Feb 2 on the byte
Facebook's Metaverse Division Lost Nearly $14 Billion Dollars Last Year
Meta Marked
Jan 25 on the byte
The Metaverse Industry Is Already Going Belly-Up, for Reasons We Can't Imagine
Try Again
Jan 13 on the byte
Congress Rejects Funding the Military's Microsoft AR Goggles Because They Made Soldiers Sick
READ MORE STORIES ABOUT / Virtuality
Keep up.
Subscribe to our daily newsletter to keep in touch with the subjects shaping our future.
+Social+Newsletter
TopicsAbout UsContact Us
Copyright ©, Camden Media Inc All Rights Reserved. See our User Agreement, Privacy Policy and Data Use Policy. The material on this site may not be reproduced, distributed, transmitted, cached or otherwise used, except with prior written permission of Futurism. Articles may contain affiliate links which enable us to share in the revenue of any purchases made.
Fonts by Typekit and Monotype.