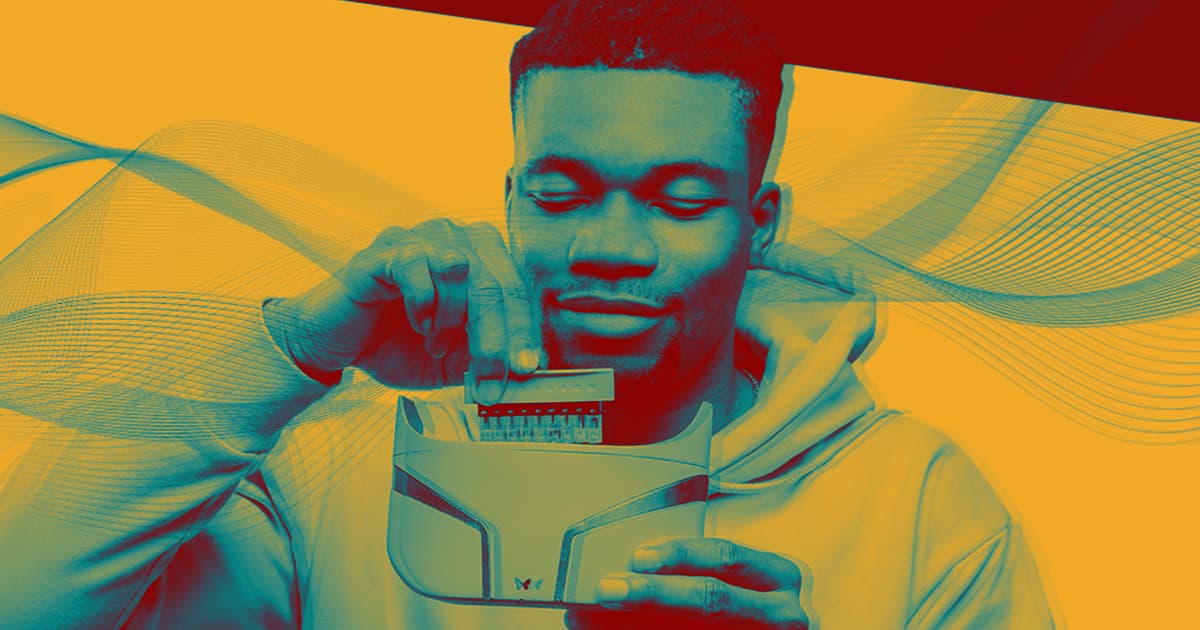 Feelreal plans to announce a Kickstarter campaign for its VR mask.

Feelreal plans to announce a Kickstarter campaign for its VR mask.

More than three years ago, we first caught a whiff of an odor-delivering virtual reality mask. Now, the device is a step closer to hitting the market.

Last week, Brooklyn-based tech company Feelreal announced the pre-release of its Feelreal Multi-Sensory Mask. The company claims the device is the first of its kind — and even as VR struggles to gain mainstream traction, it provides a far-out vision of immersive virtual worlds that no longer end at what you can see and hear.

Feelreal's Multi-Sensory Mask includes a "scent generator" that holds up to nine replaceable cartridges, each loaded with one of 255 available scents. An ultrasonic ionizing system provides the feeling of water mist on the wearer's face, while micro-heaters, micro-coolers, and haptic motors provide the sensations of heat, wind, and vibration, respectively.

If gaming's not their thing, users can also watch 360-degrees videos or custom-built VR experiences via the mask's built-in Feelreal player, or they can use it as a standalone device to facilitate meditation or aromatherapy.

This isn't the first device designed to add new senses to the VR experience, of course. We've already seen gadgets that let you feel like you're smelling, touching, and even tasting the virtual world.

The number of games and movies currently compatible with the Feelreal Multi-Sensory Mask is also limited, but obviously that could change if the device caught on with users.

Feelreal has yet to reveal a price for its multi-sensory mask or even when the device will be available. According to the press release, the company will be "announcing a Kickstarter [c]rowdfunding campaign to help bring Feelreal products to the next level," so right now, it appears the future of the device — and potentially the future of VR — is in the public's hands.

More on VR: Add Another Sense to Virtual Reality