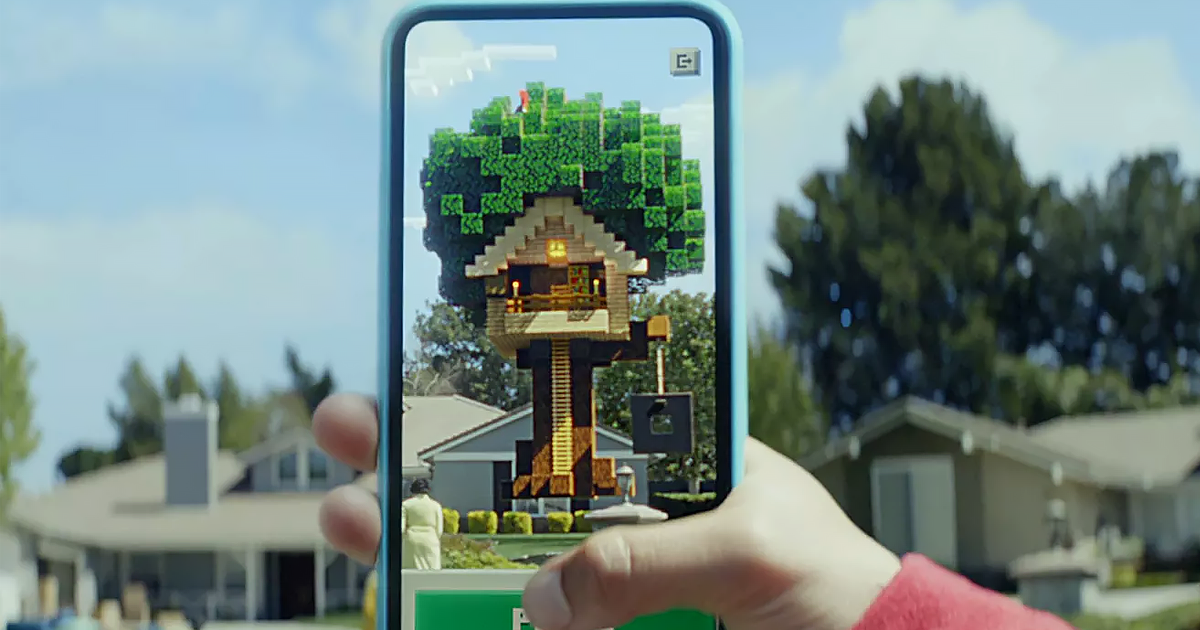 Can persistent "Minecraft" structures in the real world recreate the success of "Pokémon Go"?

Can persistent "Minecraft" structures in the real world recreate the success of "Pokémon Go"?

"Minecraft," one of the most popular video games in the world, is making a major augmented reality push later this year, courtesy of Microsoft.

"Minecraft Earth," announced today, will allow users to collect items, blocks, and creatures while roaming around in the real world with other real-world friends — think of it as a "Minecraft"-themed "Pokémon Go" experience, but with more fishing, building and resource management.

While the extremely popular smartphone game "Pokémon Go" relied on augmented reality only minimally, the new "Minecraft" title will double down on the technology. A new feature called Azure Spatial Anchors will allow users to plop down objects in augmented reality — and persist indefinitely. Other users will also be able to interact with those same objects.

The goal is to eventually have players build their own "Minecraft" worlds for others to experience in augmented reality through their phones.

"'Minecraft Earth' proposes to completely break the dogma that has lived with us in computing since the beginning: this idea of a single person that holds a single device to create a single experience," Alex Kipman, Microsoft's HoloLens and Kinect creator, told The Verge. "With 'Minecraft Earth' that's no longer the case. The content is in the real world."

A "Minecraft Earth" beta will open up to early adopters this summer, but Microsoft has yet to announce a launch date.

READ MORE: Minecraft Earth for iOS and Android goes a step beyond Pokémon Go [The Verge]

More on Minecraft: Build Your Own Minecraft-Like Rollercoaster in VR

Will Somebody Think of the Children?
Mom Horrified by What Her Kids Are Seeing in Roblox
Jan 6
Read More
Might See Nonsense
MSN Fired Its Human Journalists and Replaced Them With AI That Publishes Fake News About Mermaids and Bigfoot
12. 2. 22
Read More
Russian Block
Teen Sentenced to Prison for Plotting Terror Attack in Minecraft
2. 11. 22
Read More
+Social+Newsletter
TopicsAbout UsContact Us
Copyright ©, Camden Media Inc All Rights Reserved. See our User Agreement, Privacy Policy and Data Use Policy. The material on this site may not be reproduced, distributed, transmitted, cached or otherwise used, except with prior written permission of Futurism. Articles may contain affiliate links which enable us to share in the revenue of any purchases made.
Fonts by Typekit and Monotype.