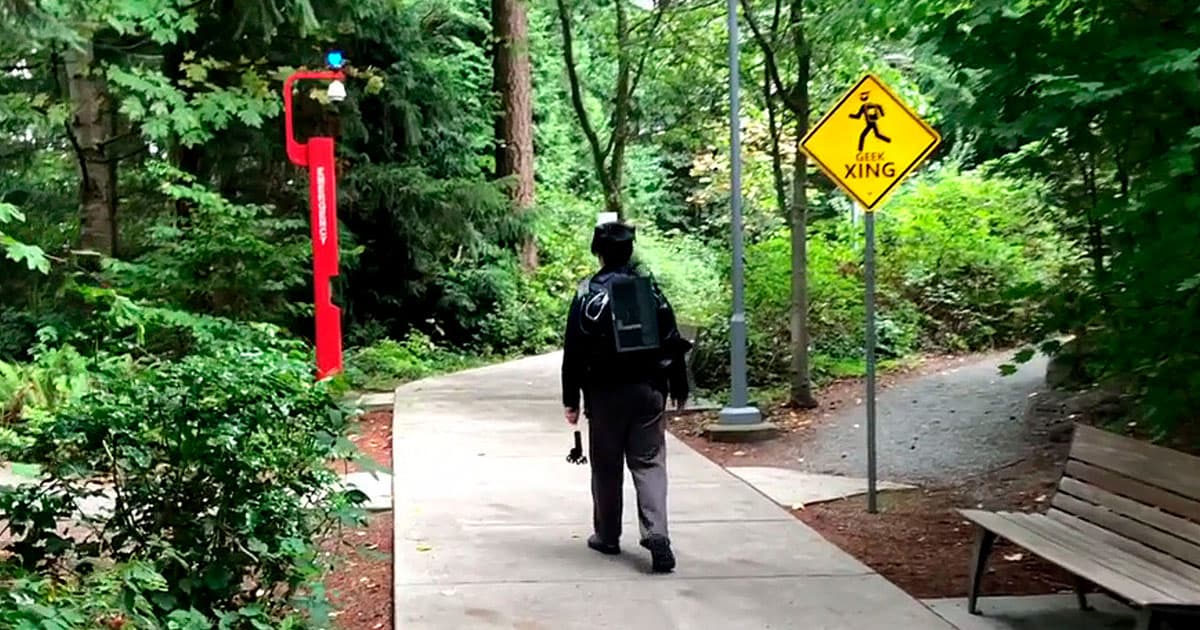 New Microsoft Tech Lets You Use VR While Walking Outside

Microsoft envisions a future in which you spend a lot of time in virtual reality — even your morning commute.

Microsoft envisions a future in which you spend a lot of time in virtual reality — even your morning commute.

Walking the same path to school or work every day can get boring.

To mix things up, you could switch up your route — or you can make your current route look new using DreamWalker, a virtual reality technology developed by Microsoft researchers.

DreamWalker works by looking at the path you plan to travel in the real world, and then creating a comparable path in VR. A person can then walk to their real destination while enjoying the scenery of a virtual world — all without running into, say, a building or tree.

The system uses GPS sensors and cameras to detect moving objects, such as people or cars, along the real-world path, according to a Microsoft blog post, and transforms them into objects in the virtual world.

A video released alongside the blog post shows how DreamWalker can take a walk across Microsoft's campus in Washington and make it look like a stroll through Manhattan.

The system seems to work as advertised, but it's hard to say who would actually want to use it. After all, the virtual environment doesn't exactly seem all that much more exciting than the real one — though perhaps future iterations could zhuzh up the experience.

Still, something about essentially strolling around outside while largely oblivious to your surroundings just doesn't see wise.