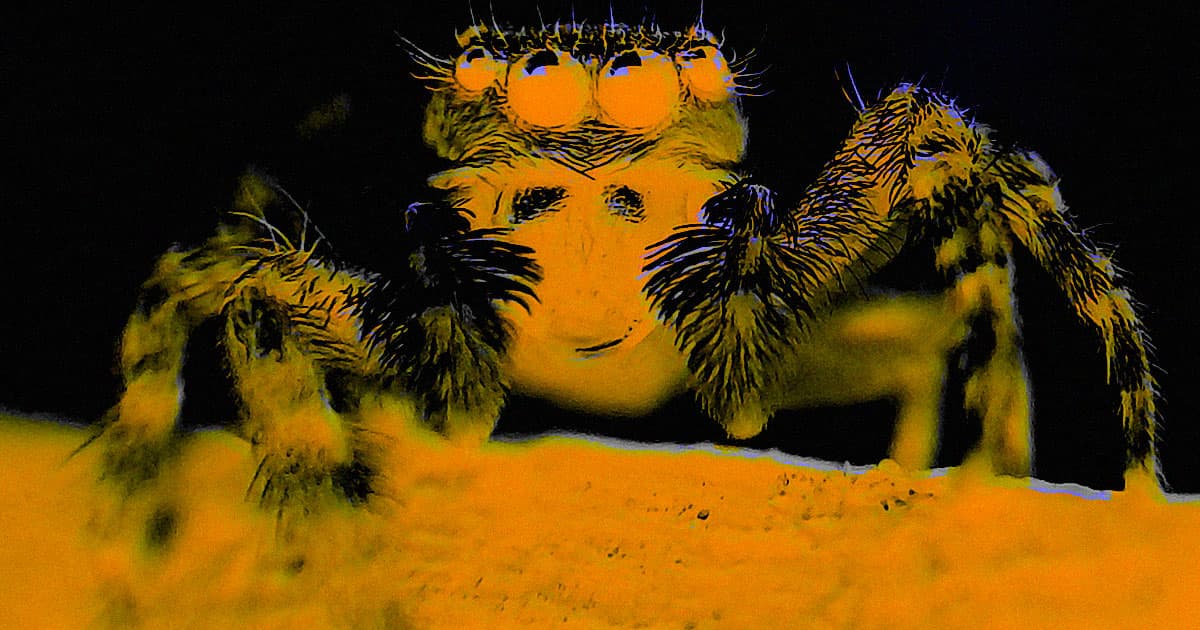 VR makes it easy to trick the brain into thinking it has a non-human body.

VR makes it easy to trick the brain into thinking it has a non-human body.

A new virtual reality illusion can trick users’ brains into thinking they inhabit a non-human body — like a bat or a spider.

The VR, built by scientists from Germany’s University of Duisberg-Essen, is a new high-tech twist on the classic rubber hand illusion, according to MIT Technology Review, in which people are fooled into feeling as though an inanimate object is part of their body. In a bizarre twist, there were even cases in which study participants felt more ownership of a virtual animal’s body than a virtual human one, suggesting just how powerful an effect VR can have on the brain.

When the experiment used VR to simulate flying, participants often felt more ownership of a bat’s body than a human’s, according to the research, which was published earlier this month in the preprint server ArXiv.

But they didn’t just feel ownership over an animal’s body when it matched the task at hand. Even when injected into a virtual spider’s body, participants reported just as much a feeling of ownership as they did a human-like avatar, despite having an entirely different skeletal structure than people are used to.

“Our empirical results demonstrate that virtual body ownership is also applicable for nonhumanoids,” reads the research, “and can even outperform human-like avatars in certain cases.”

READ MORE: The VR illusion that makes you think you have a spider’s body [MIT Technology Review]

More on virtual reality: I Tried a VR App Meant to Replace Offices, and It Was Glorious

TV for Your Face
Elon Musk Says the Metaverse Sucks and Neuralink Will Be Better
12. 22. 21
Read More
Breakthrough Technologies
Facebook Hardware Devs Reportedly Skeptical of Metaverse
10. 28. 21
Read More
Virtual Combat
The U.S. Army Is Using Virtual Reality Combat to Train Soldiers
3. 22. 19
Read More
+Social+Newsletter
TopicsAbout UsContact Us
Copyright ©, Camden Media Inc All Rights Reserved. See our User Agreement, Privacy Policy and Data Use Policy. The material on this site may not be reproduced, distributed, transmitted, cached or otherwise used, except with prior written permission of Futurism. Fonts by Typekit and Monotype.