Meet Wolverine, the Tech That Lets You Grab Objects in Virtual Reality

This bunch of sliding sticks could improve virtual experiences. 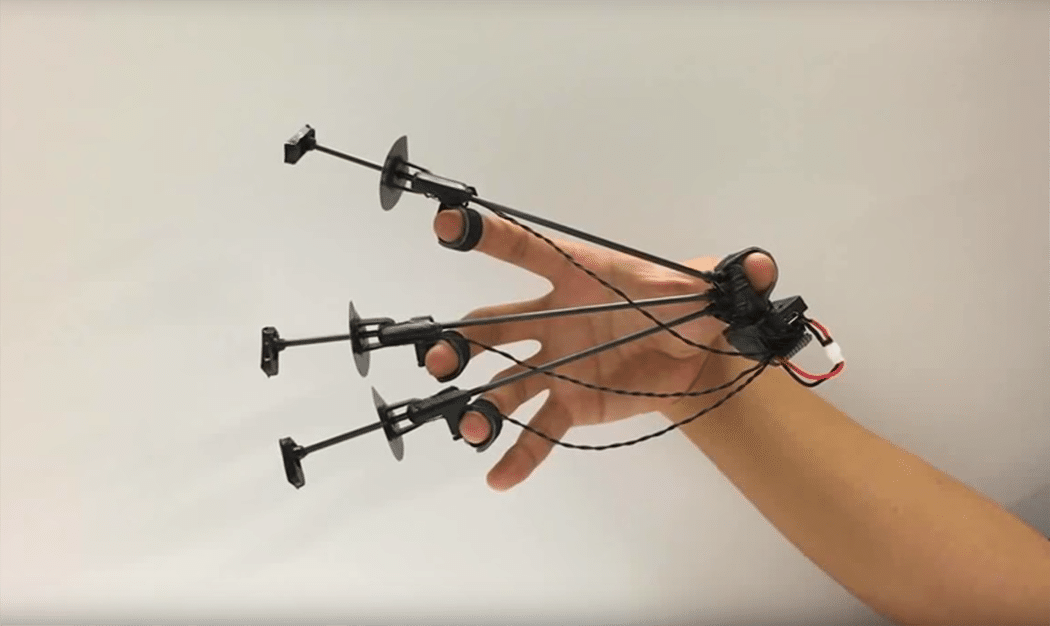 Full sensory immersion is the ultimate goal of virtual experiences. From higher polygon counts of 3D models to better sound fidelity, VR developments allow users to perceive the virtual world almost as they do real life. However, one area of development that has proven particularly tricky for developers for many years is haptic feedback.

Enter Wolverine, a wearable haptic interface that allows its user to "feel" an object that they are holding in virtual reality.

The device was created by Inrak Choi and his team from the SHAPE Lab at Stanford University. As the fingers of the hand move, a system of rods move though brake-based locking sliders. When a finger touches a virtual object, a low-power motor either stretches or relaxes the sliders to jam or release the rods depending on where the virtual object is located and its dimensions. This simulates the feeling of having touched the object in virtual reality.

The SHAPE Lab's device is not the first attempt at this technology nor is it the prettiest. While their device may make a user look like a Wolverine cosplayer on a budget, though, it differentiates itself from other haptic controllers by being lightweight and relatively cheap. It also brings us one step closer to truly entering and interacting with the virtual world, letting us experience things that we couldn't normally.

Wolverine and other haptic controllers for virtual reality could prove beneficial in areas well beyond entertainment. In healthcare, for example, doctors could use them to better plan surgeries without ever touching a patient. Imagine the possibilities. One day, we might not just hear and see a virtual world — we could truly experience it.