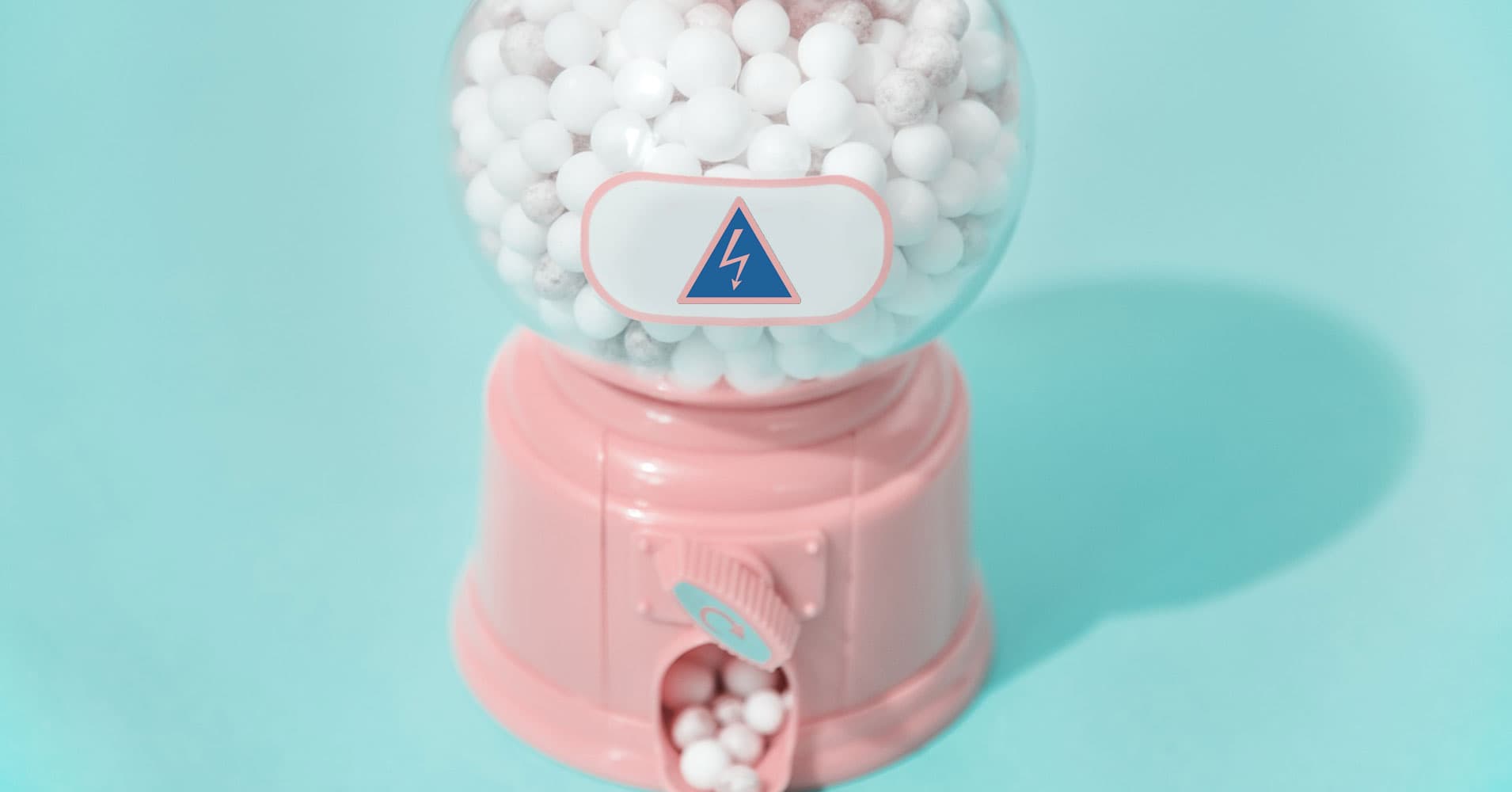 This Electric Chewing Gum Never Runs out of Flavor

And it could foreshadow the future of VR.

And it could foreshadow the future of VR.

You're standing in the checkout lane. You know you want to buy a pack of gum, but just aren't satisfied with any of the available options. You ask yourself: "Why is it so hard to find a bitter-tasting gum that zaps my tongue with electricity and never runs out of flavor?"

OK, so maybe not.

But on Monday, a team of Japanese researchers demonstrated just such a gum at a technology symposium in Berlin, Germany. And while you might never find this electric chewing gum at your local convenience store, a piece could one day come packaged with your favorite virtual reality (VR) game — and, in the nascent field of virtuality, that's a big deal.

Most of today's VR systems trick you into thinking you're in another world by manipulating sight and sound. You don a headset and a pair of headphones, and you're fighting zombies or whatever.

A few researchers have attempted to bring touch and smell into the virtual experience, but with middling results. Taste has proven particularly tricky to incorporate — according to the Japanese team's research paper, many attempts include the use of grotesque-sounding "cables around a user's lips or batteries in their mouth."

Not exactly the kind of tech that facilitates a seamless transportation to another world.

Tip of the Tongue

The Japanese team's device, however, looks pretty much like a regular stick of gum. Instead of just chicle and sugar, however, it incorporates a small device — slightly smaller in diameter than a dime, and covered with a saliva-repellent film — that generates a painless current of electricity when chewed. When this electricity hits the chewer's tongue, it give the sensation of tasting something bitter or salty. As long as the chewer keeps chewing, they'll keep "tasting" the electric chewing gum.

Why it's a big deal: The researchers believe they can force the gum to simulate other flavors by adjusting the strength and pattern of the electric current generated while chewing. If they're successful, we could be moving toward a future in which VR experiences tickle your tastebuds as well as your senses of sight and sound.