Russia Wants to Send a Nuclear-Powered "Space Tug" to Jupiter

The journey could take over four years. 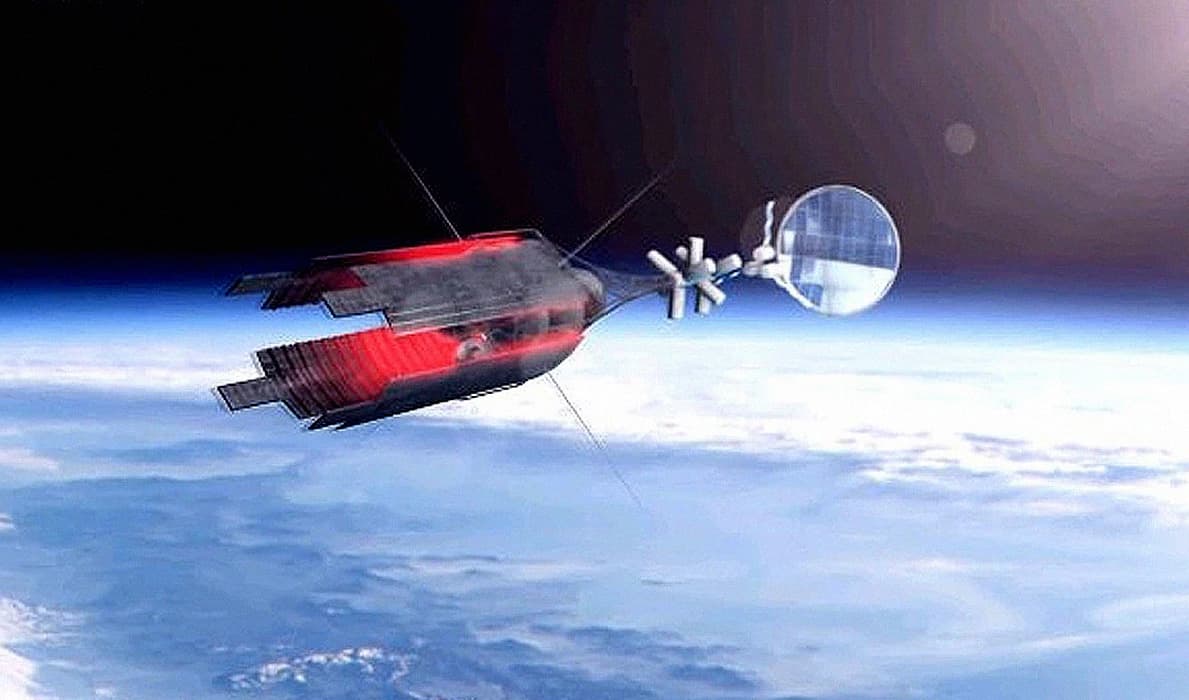 Russia's space agency Roscosmos has announced that it's planning to send a nuclear-powered "space tug" as far as Jupiter in 2030.

According to state-owned news agency TASS, the mission of the uncrewed transport and energy module, dubbed "Zeus," will last for about 50 months.

"Together with the Russian Academy of Sciences, were are now making calculations about this flight’s ballistics and payload," Roscosmos executive director for long-term programs and science Alexander Bloshenko told reporters over the weekend, as quoted by the outlet.

It's yet another announcement of an ambitious deep space mission by Russia's space agency, rounding out an already packed schedule between now and the end of this decade. The country is also looking to get its own orbital space station off the ground and land a probe on the south pole of the Moon by the end of the year.

The space tug itself will feature a 500 kilowatt nuclear reactor and weigh up to 22 tons, according to state-owned news outlet Sputnik.

Bloshenko detailed Zeus' ambitious journey during his remarks. First the space tug will first fly to the Moon, where it will release a spacecraft that will go on to Venus. Then it will use Venus as a gravity assist to deliver yet another spacecraft, which will make its own long journey to Jupiter.

A nuclear-powered spacecraft could greatly shorten lengthy trips through deep space for astronauts. Currently, spacecraft rely on chemical propellants, solar energy and gravity for acceleration, as Insider points out.

With existing technologies, a round-trip to Mars could take more than three years. A nuclear-powered spacecraft could cut that time to just two years, according to NASA.

The Zeus module will act as a mobile source of nuclear power for future spacecraft that may attempt to make longer journeys through space.

Roscosmos has also signed a contract with design bureau Arsenal last year to develop a separate nuclear-powered space tug called "Nuklon," according to TASS. The delivery date of the project is July 2024 and will reportedly cost more than $56.7 million.

Similar nuclear technologies could also be used to power future satellites and orbital stations, according to Sputnik.

Russia isn't the only country betting on nuclear energy in space. NASA is also working on a nuclear-power plant to be established in deep space, more specifically on the surface of the Moon.

"Once the technology is proven through the demonstration, future systems could be scaled up or multiple units could be used together for long-duration missions to the moon and eventually Mars," Anthony Calomino, NASA’s nuclear technology portfolio lead, told CNBC in November.

Calomino also noted that "the ability to produce large amounts of electrical power on planetary surfaces using a fission surface power system would enable large-scale exploration, establishment of human outposts, and utilization of in situ resources."

Both Russia and the US are betting big on nuclear power in space. Not only would the technology provide future outposts with power, but nuclear fission reactors could also allow us to cross larger distances within our solar system in significantly less time.

READ MORE: Russia plans to launch a nuclear-powered spacecraft that can travel from the moon to Jupiter [Insider]

Read This Next
Sabers Rattled
Russia Issues Veiled Threat to Shoot Down Pesky SpaceX Satellites
Sad ROSS
Russia's New Space Station Gets Sadder the More We Hear About It
Buh Bye
Russia Says It's Definitely Quitting the ISS But Doesn't Say When Exactly
Don't Let the Door Hit You
Russian Space Chief Leaving Post, May Be Headed to War Zone
Gone Girl
Rumors Swirl That the Deranged Head of the Russian Space Program Is Getting Fired
More on Off World
Drama Bomb
Yesterday on the byte
European Space Agency Halts Plans to Send Astronauts to Chinese Space Station
Futurism
Yesterday on the byte
Asteroid Mining Startup About to Launch First Mission
Carry On, Wayward...
Yesterday on the byte
NASA Says Lucy Spacecraft Will Forge Ahead With Busted Solar Array
READ MORE STORIES ABOUT / Off World
Keep up.
Subscribe to our daily newsletter to keep in touch with the subjects shaping our future.
+Social+Newsletter
TopicsAbout UsContact Us
Copyright ©, Camden Media Inc All Rights Reserved. See our User Agreement, Privacy Policy and Data Use Policy. The material on this site may not be reproduced, distributed, transmitted, cached or otherwise used, except with prior written permission of Futurism. Articles may contain affiliate links which enable us to share in the revenue of any purchases made.
Fonts by Typekit and Monotype.