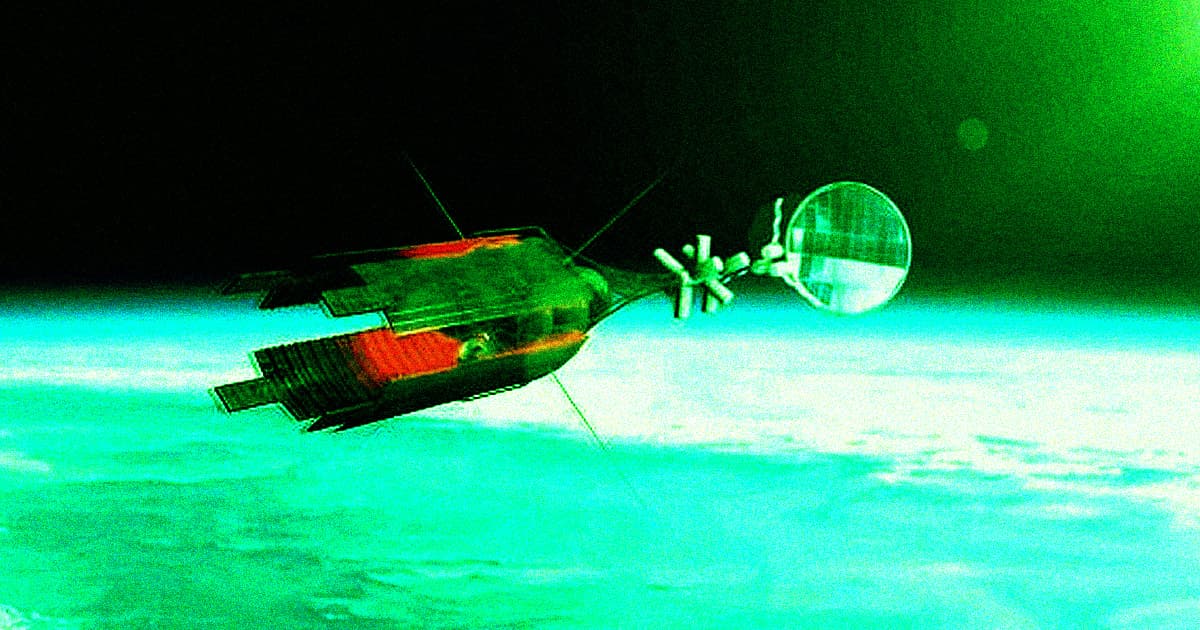 The concept of using nuclear power to build out our human presence in other parts of the solar system is as alive as it's ever been.

Case in point, a subsidiary of Russia’s Roscosmos space agency is now proposing a nuclear power station on Mars, intended to power a future Russian base on the Red Planet, state-run news agency Sputnik reports.

The Arsenal Design Bureau, the subsidiary, is recommending using the same technologies destined for Zeus, a proposed interplanetary space tug, to power a nuclear reactor on the Martian surface as well.

The massive space tug is designed to make use of a nuclear-powered electric propulsion system to deliver payloads throughout the solar system. Earlier this year, Roscosmos chief Dmitry Rogozin suggested that Zeus could also visit other planets, including Jupiter, to search for alien life. Russia is hoping to begin flight-testing it starting around 2030.

The Arsenal Design Bureau is now proposing using Zeus to send a separate nuclear power station to the Red Planet and have a parachute landing system lower it to the surface below.

Despite serious budget constraints — according to Sputnik, the country spent less than a tenth on its space program compared to what the US government allocated to NASA last year — Russia's space agency has recently announced massively ambitious plans for the next ten years or so, including the launch of a Russian space station, crewed and uncrewed missions to the Moon, and even the construction of a Moon base in collaboration with China.

Russia has plenty of work to do before it can send a nuclear powered space tug to deliver a nuclear power station to Mars, let alone construct a crewed base there. But the ambition is there — and perhaps, with the right political will, there could be a way.

More on Russia's space program: Russia Is Getting Ready to Chop an Entire Section Off the Space Station