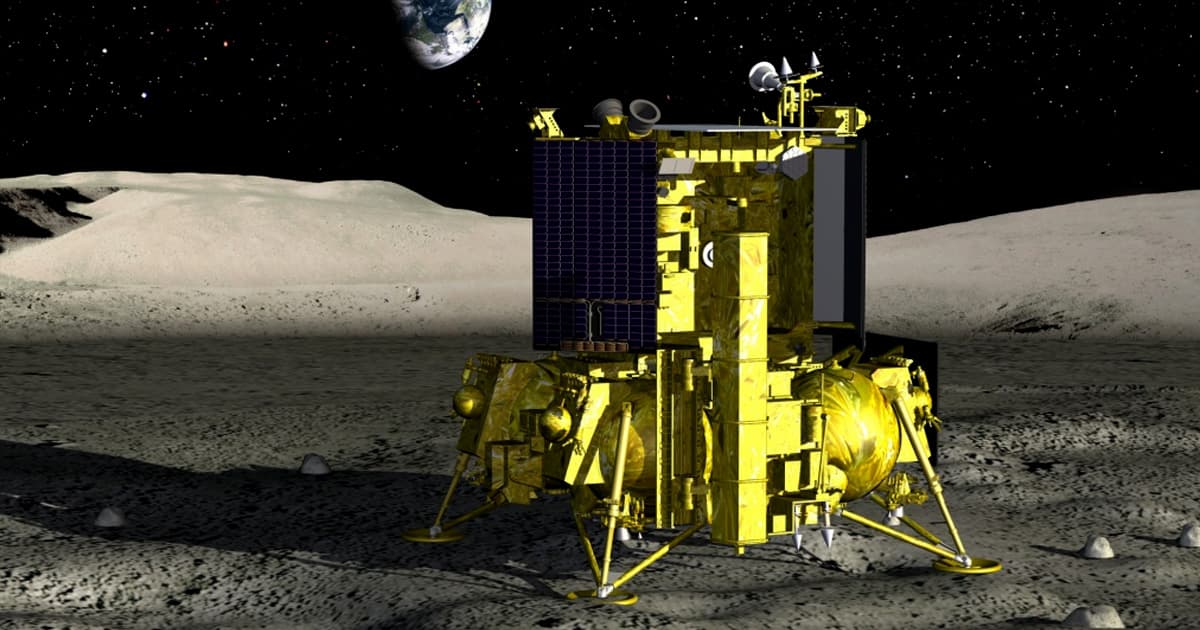 Moon Is Ours, Comrades

Russia Is Planning a Moon Landing Later This Year

Russia is hoping to pick up where it left off in 1976.

Russia is hoping to pick up where it left off in 1976.

Russia is planning to launch a mission to the Moon's south pole — and it's scheduled for launch this October, Space.com reports.

The mission, dubbed Luna 25, could be the first Russian moon landing since Luna 24, the country's third lunar sample return mission, which launched in 1976.

The goal of the mission is to investigate ice deposits suspected to be buried beneath the Moon's south pole. Such deposits could make establishing a more permanent presence on the space rock more feasible in the future. Russia is also hoping to explore the potential dangers of sharp fragments of lunar dust, anther obstacle to a longterm human presence on the Moon.

According to Lev Zelenyi, scientific advisor for the Russian Space Research Institute, who spoke during a virtual presentation on March 23, Russia is planning to send five missions to the Moon roughly within the next ten years.

In 2023 or 2024, Luna 26, an orbiter, will investigate any magnetic anomalies around the Moon. Future missions after that will attempt to retrieve samples of lunar ice, but without melting any possible ice compounds in the process, according to Space.com.

Will any of them pull it off? It's possible — but only time, and substantial government funding, will tell.

READ MORE: Russia is going back to the moon this year [Space.com]

More on Russia: Russian Cosmonauts Are Drilling Holes in the Walls of the ISS