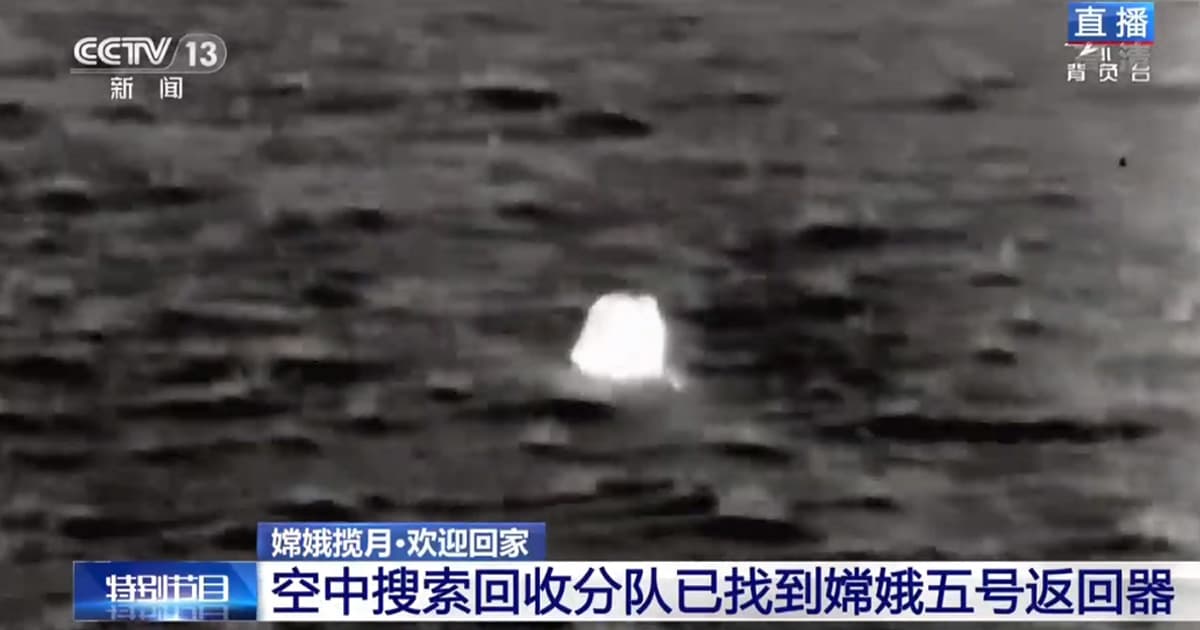 Breaking: China has pulled off an extraordinary mission to bring fresh lunar sample back to Earth — for the first time in nearly 50 years.

Breaking: China has pulled off an extraordinary mission to bring fresh lunar sample back to Earth — for the first time in nearly 50 years.

China's Chang'e-5 mission has officially returned with the first new samples collected from the Moon's surface in almost half a century.

The spacecraft touched down in the Siziwang district of Inner Mongolia around 1pm Eastern time, and search teams have likely already found it. Thermal camera footage shown by state media TV network CCTV appears to show the capsule sitting in an otherwise barren landscape.

It's a historic moment, and an extraordinary testament to China's space ambitions. The last time humanity returned samples from the Moon was in 1976, when the Soviet Union's robotic Luna 24 spacecraft brought back about six ounces of lunar samples on board.

It's yet another major milestone for China's trailblazing space program. Chang'e-5 joined two other Chinese landers on the Moon. In 2013, Chang'e-3 was the first soft landing on the Moon since Luna 24. And Chang'e-4 became the first spacecraft to land on the far side of the Moon in 2019.

Chang'e-5 scooped up anywhere between 4.4 and 8.8 pounds of lunar samples upon landing. An ascent vehicle then took it into lunar orbit and transferred it to a return module.

The entire mission was completed at a breakneck pace. Chang'e-5 launched on November 23 and landed on the Moon on December 1. Just two days later, the ascent vehicle took off from Oceanus Procellarum, a vast lunar plain near the western edge of the near side of the Moon, to transfer the samples.

And now, incredibly, it appears to be back on Earth.

More on the lander: Breaking: Chinese Lander Takes Off From Lunar Surface