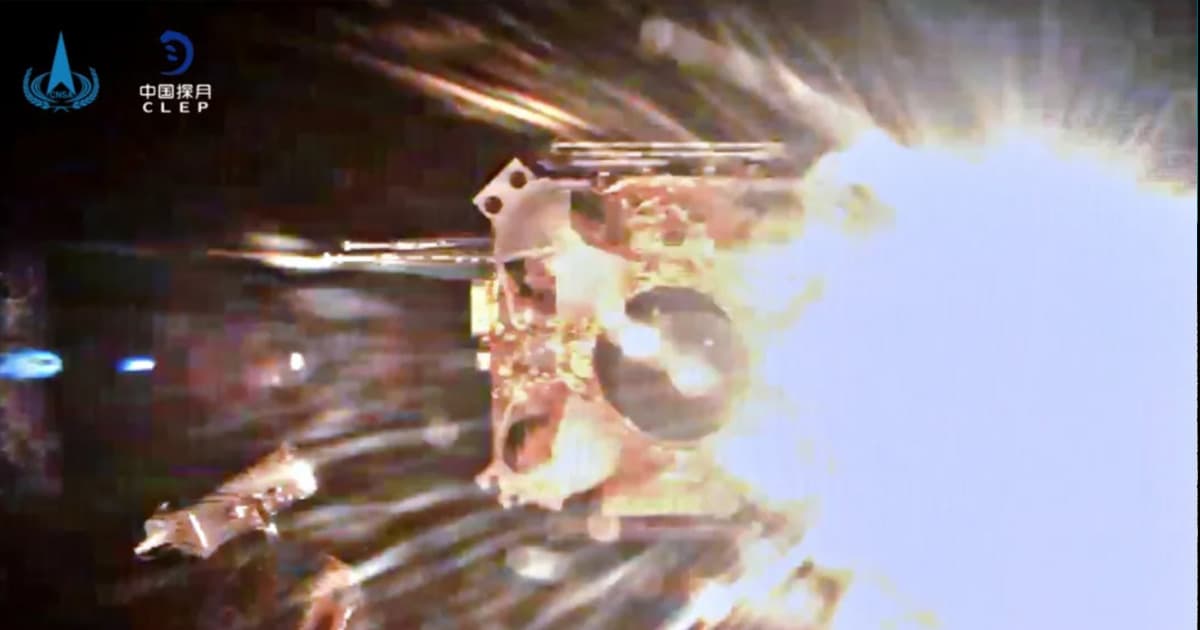 Chinese state news agency Xinhua just confirmed that the Chang'e-5 lunar lander's ascent vehicle has taken off, bringing with it the first lunar soil samples to have been collected since the mid-1970s.

The return journey will take just shy of two weeks, with a landing expected in inner Mongolia around December 16 or 17.

WOW! Moment of ignition of the Chang'e-5 ascent vehicle pic.twitter.com/e3VJM5qiGu

The spacecraft landed on the surface on Tuesday near the western edge of the near side of the Moon, after launching on November 23 from the Wenchang Space Launch Site in China’s Hainan Province.

Just hours after landing, it started scooping up samples from the surrounding gravel-like surface.

Scientists are hoping that samples from the Oceanus Procellarum region where the spacecraft landed will give new insight into the evolution and history of our closest neighbor, as the region is suspected to be several billion years younger than where Apollo astronauts first sampled lunar soil in the 1970s.

More on the lander: Chinese Lander Sends Back Color Pictures of the Moon