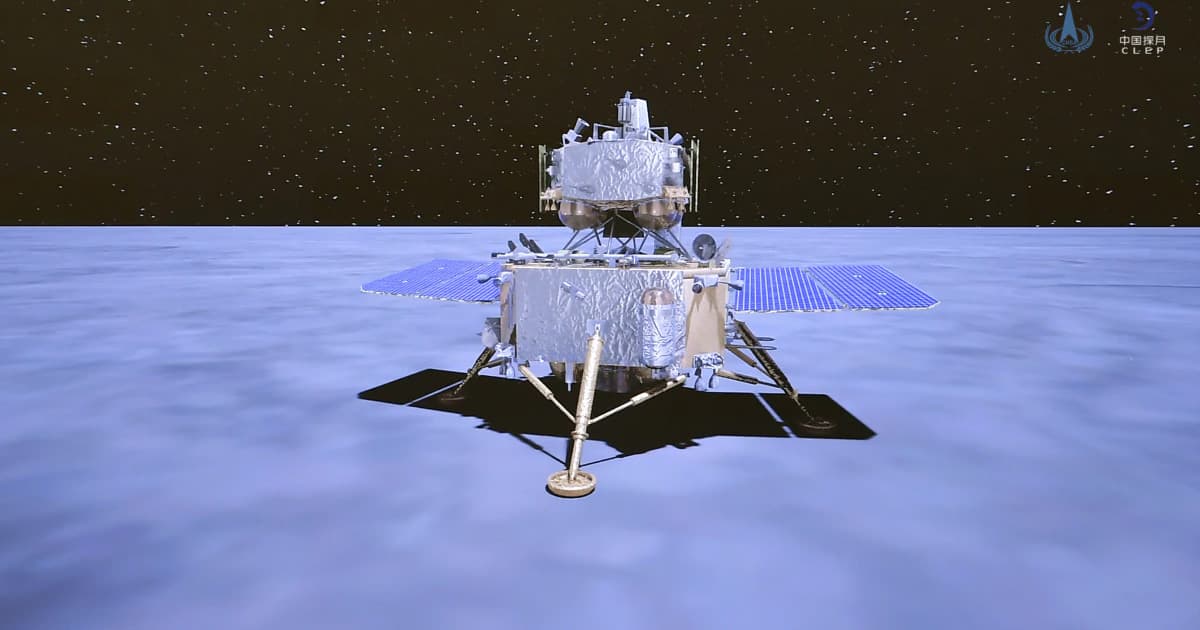 Now Chang'e-5 just needs to blast off from the lunar surface and return to Earth.

Now Chang'e-5 just needs to blast off from the lunar surface and return to Earth.

China's entirely robotic Chang'e-5 mission has successfully scooped up samples from the surface of the Moon.

The uncrewed lunar lander, which landed on the Moon on Tuesday, is expected to bring the first samples of lunar rocks and soil back down to Earth since the mid 1970s. It's already gathered some during its first day on the job, Business Insider reports, putting the mission well on its way to success.

If the mission continues to go according to plan, China will become the third nation to ever retrieve lunar samples, following the U.S. and the former Soviet Union. The U.S. brought back hundreds of pounds of Moon rocks during the 1960s and 70s, and the Soviets pulled off a robotic mission — similar to China's current one, though with vastly less advanced technology at their disposal — in 1976.

The Chang'e-5 mission is particularly brief — Business Insider reports that China expects the whole ordeal to be over, with the robotic space probe safely back on Earth, by the middle of December.

Chang'e-5 has a few more days on the Moon and scoop up samples with its robotic arm before it has to head out.

When it does, the spacecraft will have to perform a delicate series of operations during which it blasts off from the surface of the Moon and joins back up with its orbital counterpart before it can rocket itself back home to Earth.

READ MORE: On the same day China landed a probe on the moon, the US's massive telescope in Puerto Rico collapsed [Business Insider]

More on Chang'e-5: China Lands on Moon Before Returning to Earth With Moon Rocks