Most Of NASA’s Moon Rocks Remain Untouched By Scientists

Starting 49 years ago today, astronauts started bringing back moon rocks. Now scientists have 842 pounds of it to experiment on. 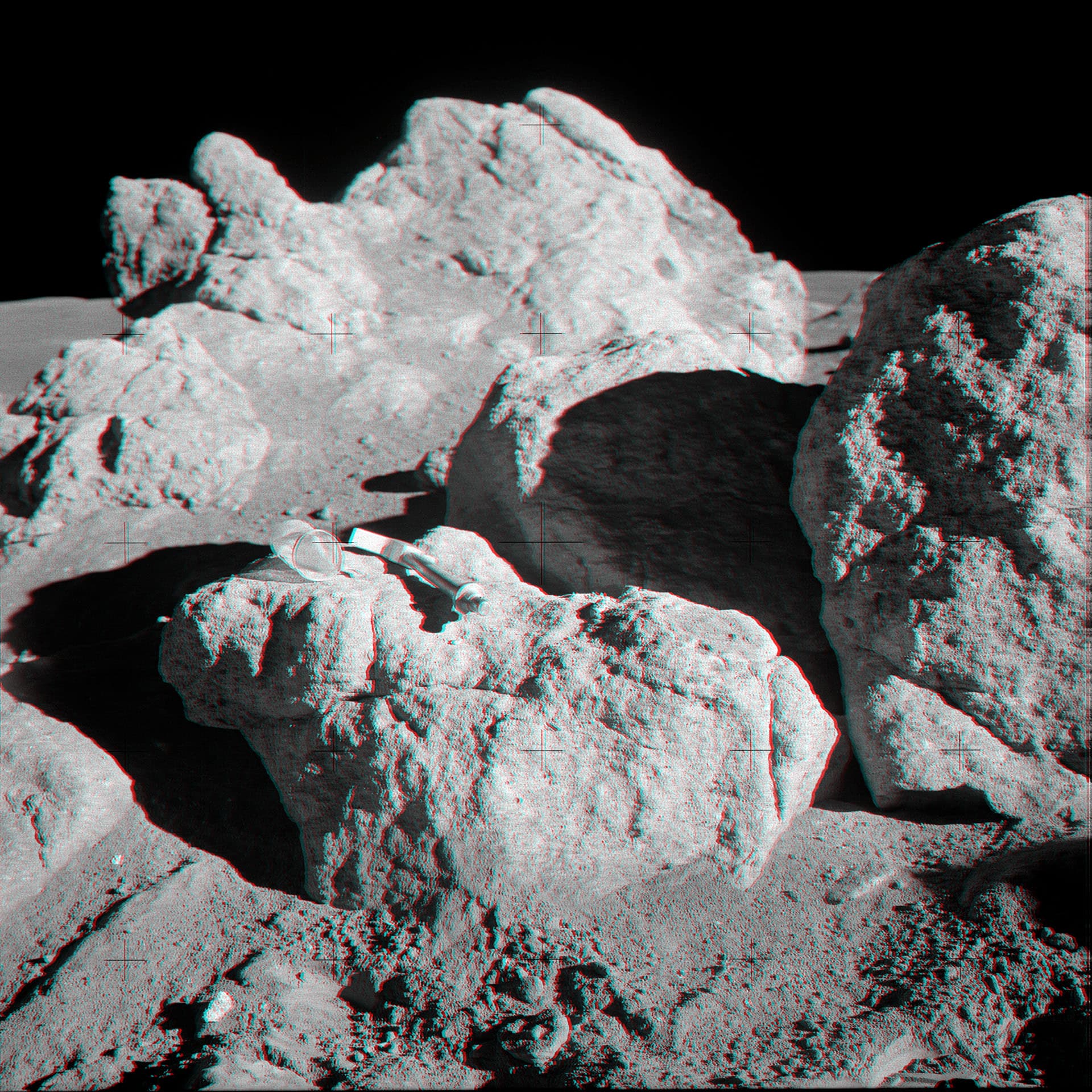 Forty-nine years ago this Friday, Neil Armstrong and Buzz Aldrin became the first humans to set foot on the Moon. That day, they also became the first people to harvest samples from another celestial body and bring them back to Earth.

Over the course of the Apollo missions, astronauts collected about 2,200 individual samples weighing a total of 842 pounds (382 kg) for scientific study that continues today, NASA curator Ryan Zeigler told Futurism. Zeigler, who also conducts geochemical research, is responsible for overseeing NASA’s collection of space rocks from the Apollo missions, as well as those from Mars, asteroids, stars, and anywhere else other than Earth.

Scientists have only studied about 16 percent of all the Apollo samples by mass, Zeigler told Futurism. Within that 16 percent, just under one-third has been put on display, which Zeigler noted largely keeps the samples pristine. Another quarter were at least partially destroyed (on purpose) during NASA-approved research, and the rest have been analyzed in less destructive ways.

“Trying not to deplete the samples so that future scientists will still have the opportunity to work with them is definitely something we are considering,” says Zeigler. “Also, while I would consider the Apollo samples primarily a scientific resource (though as a scientist am obviously biased), it is undeniable that these samples also have significant historic and cultural importance as well, and thus need to be preserved on those grounds, too.”

The cultural reasons to preserve moon rocks, Zeigler says, are harder to define. But it's still important to make sure future scientists have enough space rocks left to work with, especially since we can’t fully predict the sorts of questions they'll try to answer using the Apollo samples, or the technology that will be at their disposal.

“Every decade since the Apollo samples came back has seen significant advances in instrumentation that have allowed samples to be analyzed at higher levels of precision, or smaller spatial resolution,” Zeigler says. “Our understanding of the Moon, and really the whole solar system, has evolved considerably by continuing studies of the Apollo samples.”

“Our understanding of the Moon, and really the whole solar system, has evolved considerably by continuing studies of the Apollo samples.”

In the last six years, Zeigler says that his curation team saw 351 requests for Apollo samples, which comes out to about 60 each year. Within those requests, the scientists have asked for about 692 individual samples per year, most of which weigh one to two grams each. Even if the researchers don’t get everything that they ask for, Zeigler says, most of the studies are at least partially approved, and he’s been loaning out about 525 samples every year. That comes out to just over 75 percent of what the scientists requested.

“So while it is true that significant scientific justification is required to get Apollo samples, and we (NASA, with the support of the planetary scientific community) are intentionally reserving a portion of the Apollo samples for future generations of scientists and scientific instruments to study, the samples are available to scientists around the world to study, and we are slowly lowering the percentage of material that is left,” Zeigler says.

Thankfully, about 84 percent of the Apollo samples are still untouched. That pretty much guarantees that the next generation of geologists and astronomers who try to decipher the Moon’s remaining secrets will have enough samples to fiddle with.

To read more on future lunar research, click here: Three Reasons Why We Might Return To The Moon

Read This Next
Putting Things In Perspective
Amazing Artemis Photo Shows Every Human, Alive or Dead, Plus the Moon
Fighting Words
Retired NASA Astronaut Scott Kelly Dishes on Ukraine, Russia, and Moon Mission
Psychological Warfare
Experts Excoriate NASA Report Claiming James Webb Wasn't Homophobic
Monkey Business
China Plans to Send Monkeys to Space Station to Have Sex With Each Other
Big Impact
Meteorite Hit Mars So Hard NASA Thought It Was a Quake
More on Off World
Appetite for Dest...
Yesterday on the byte
Black Hole In "Hyper-Feeding Frenzy" Chews Through Stars and Shoots Its Leftovers Towards Earth
Lunar RGB
Wednesday on the byte
NASA Shows Off Artemis "Party Mode," Powered by Amazon (TM) Alexa (TM)
Love It or List It
Tuesday on the byte
NASA Hires Company to 3D Print American Base on the Moon
READ MORE STORIES ABOUT / Off World
Keep up.
Subscribe to our daily newsletter to keep in touch with the subjects shaping our future.
+Social+Newsletter
TopicsAbout UsContact Us
Copyright ©, Camden Media Inc All Rights Reserved. See our User Agreement, Privacy Policy and Data Use Policy. The material on this site may not be reproduced, distributed, transmitted, cached or otherwise used, except with prior written permission of Futurism. Articles may contain affiliate links which enable us to share in the revenue of any purchases made.
Fonts by Typekit and Monotype.