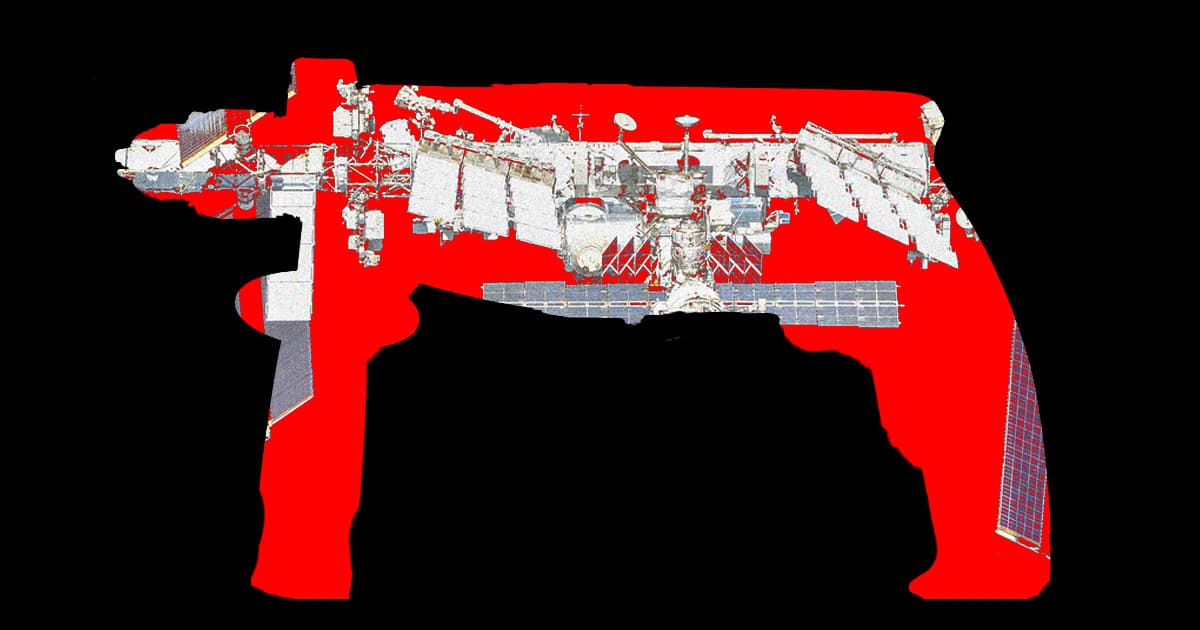 Russian Cosmonauts Are Drilling Holes in the Walls of the ISS

It may sound counterintuitive, but drilling holes, one on either end of the crack, is a procedure to prevent the crack from growing. The technique, known as "stop drilling," has been used in aviation, as well as to prevent cracks from widening in windshields and even drum set cymbals.

"We start from the top hole... When you are ready, you can start," a Moscow Mission Control Center specialist told cosmonaut Sergey Ryzhikov, as quoted by RIA Novosti and translated by Google Translate.

"Drilling has been completed, everything is in order," the cosmonaut replied. Ryzhikov then took pictures of his work to send back down to the ground.

The crack is now being sealed using a special sealant, and it will eventually be covered with a patch.

Astronauts on board the ISS first identified a small air leak in September 2019. After a lengthy investigation, crew members spotted the crack in the Zvezda module late last year using floating tea bags. According to both NASA and the Russian space agency Roscosmos, astronauts were never in any danger.

Crew members did, however, notice a drop in the air pressure on board the station, requiring supplemental oxygen to be shipped from the ground.

NASA even went so far as to use Dextre, a Canadian Space Agency robot that looks like a multi-armed tower sticking to the side of the space station, to examine the crack from the outside.

More on the leak: They Found the Space Station Leak… Using Tea Leaves