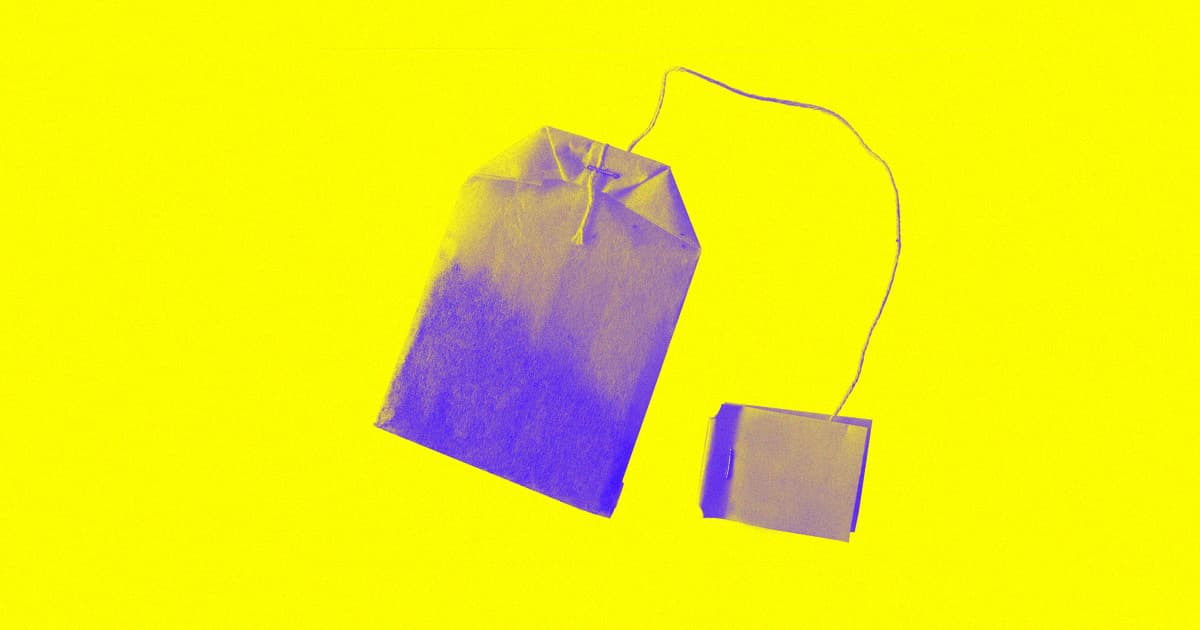 In what sounds like a strange act of divination, the current crew of the International Space Station just used a tea bag to identity a pesky leak that's been allowing air to escape from the station.

Here's how we got here. In August, NASA announced it was investigating a small leak on the station that was allowing air to escape, saying that the crew was not currently in danger.

A bit of air leaking out the space station is to be expected, NASA said at the time, and requires occasional top ups from tanks delivered on cargo resupply missions to the station.

In September, the crew narrowed in their search to the Russian module using a variety of scientific instruments.

They released a tea bag into the microgravity of the station, then watched with a camera as it drifted toward the tiny leak.

"We believe that we have really identified the probable leakage area," Cosmonaut Anatoly Ivanishin told Russia's flight control. "We have distributed a tea bag [in the Zvezda module] before closing the transfer chamber."

"We have several photos and videos of the direction of the tea bag’s flight or where it intended to fly and this precisely shows the direction the air is blowing from the possible air leak," he added.

Roscosmos said Monday that it has now patched the leak with tape.

More on the leak: NASA Says the International Space Station Is Leaking Faster

Monkey Business
China Plans to Send Monkeys to Space Station to Have Sex With Each Other
11. 3. 22
Read More
Overview Effect
William Shatner Says His Space Trip Left Him With a Feeling of Terrible Grief
10. 11. 22
Read More
Don't let the door hit you
Elon Musk Lobs Casual Space Station Burn at Moscow
7. 28. 22
Read More
+Social+Newsletter
TopicsAbout UsContact Us
Copyright ©, Camden Media Inc All Rights Reserved. See our User Agreement, Privacy Policy and Data Use Policy. The material on this site may not be reproduced, distributed, transmitted, cached or otherwise used, except with prior written permission of Futurism. Articles may contain affiliate links which enable us to share in the revenue of any purchases made.
Fonts by Typekit and Monotype.