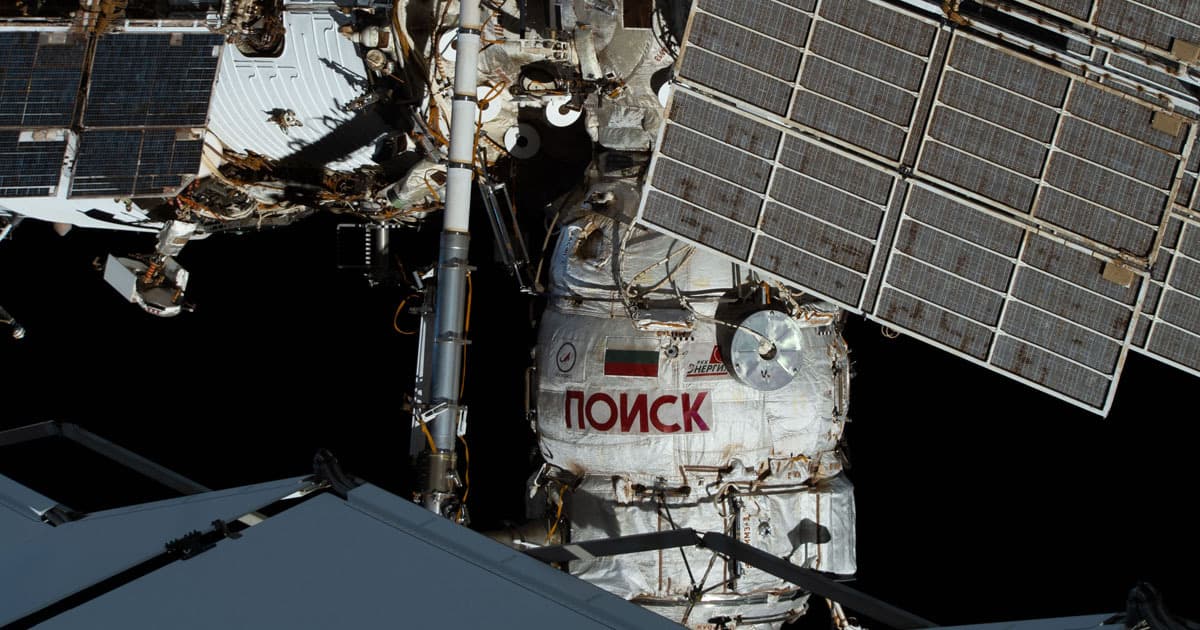 NASA swears that it's almost found the air leak on the International Space Station. Like, for real this time.

The ISS actually began to leak air back in September 2019, Business Insider reports. But it wasn't until last month that the leak sped up and NASA ramped up its investigation into the problem, isolating crewmembers into one of the Russian modules of the station and searching section by section. Now, finally, the space agency has narrowed it down to one of two chambers.

Ironically, NASA now believes that the leak is actually located in one of the two Russian modules that the NASA and Roscosmos crewmembers have been living in since the investigation began, according to Business Insider. While it's possible that they missed something, the two modules are the only two that weren't tested, so they're going off the process of elimination.

"With the crew living and working in these modules, it was impossible to achieve the proper environmental conditions necessary for this test," NASA spokesperson Daniel Huot told BI.

The problem is that investigating the remaining modules presents a safety hazard to crewmembers —apparently more so than living on a leaky space station in the first place. In order to look for leaks, a given module needs to be sealed off so instruments can listen for airflow that's too quiet for the human ear.

Unfortunately, that would mean blocking crewmembers off from the docked Russian Soyuz spacecraft that serves as an escape vehicle in the event of an emergency — like the near collision with a piece of space junk from earlier this week.

READ MORE: NASA has narrowed the source of an elusive leak on the space station to 2 Russian modules — one of which provides crucial life support [Business Insider]

More on the ISS leak: NASA Still Hasn't Found the Damn Leak on the Space Station