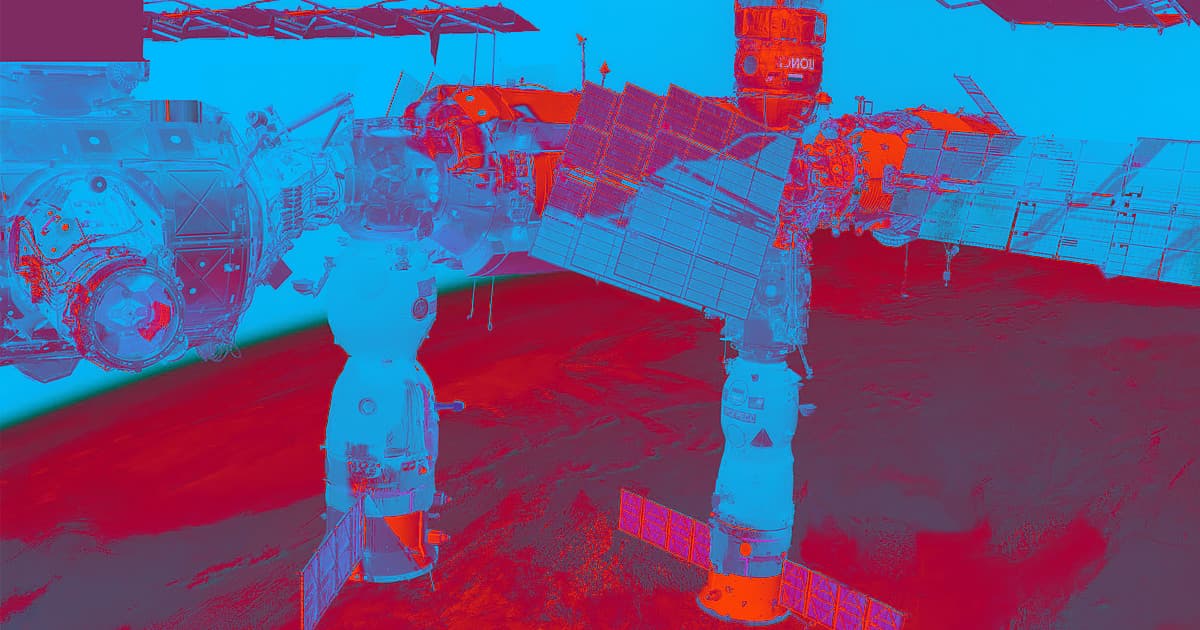 "The leak rate is still stable and well below the design specifications for the station."

"The leak rate is still stable and well below the design specifications for the station."

There's a hole on the International Space Station, allowing air to leak out — and NASA is still having trouble tracking it down.

The situation isn't nearly as dire as it sounds. In fact, the leak was first spotted almost exactly a year ago, as Business Insider reports. But finding it has dragged on, and on, and on.

No Reason to Worry

A bit of air leaking out the space station is to be expected, NASA says, and requires occasional top ups from nitrogen tanks delivered on cargo resupply missions to the station.

On August 20, NASA released a statement about an ongoing investigation into the small air leak, taking pains to note that the three current crew members weren't in immediate danger. Yet the three were asked to spend a weekend inside the Russian segment of the station as scientists back on Earth tried to track down the source of the leak.

By August 24, the situation hadn't changed. The crew had to spend another night in the Russian segment, according to NASA.

Now, September has rolled around and NASA still hasn't located the source of the leak.

Data is still being collected about the leak, as NASA spokesman Daniel Huot told Business Insider on Tuesday, adding that teams on the ground should complete their review "in the coming days."

"The leak rate is still stable and well below the design specifications for the station and presents no concern for crew or vehicle safety," Huot added.

READ MORE: The ISS Is Still Leaking Air, And The Hunt For a Hole Is Taking Longer Than Expected [Business Insider]

More on the leak: NASA Still Hasn't Found the Damn Leak on the ISS