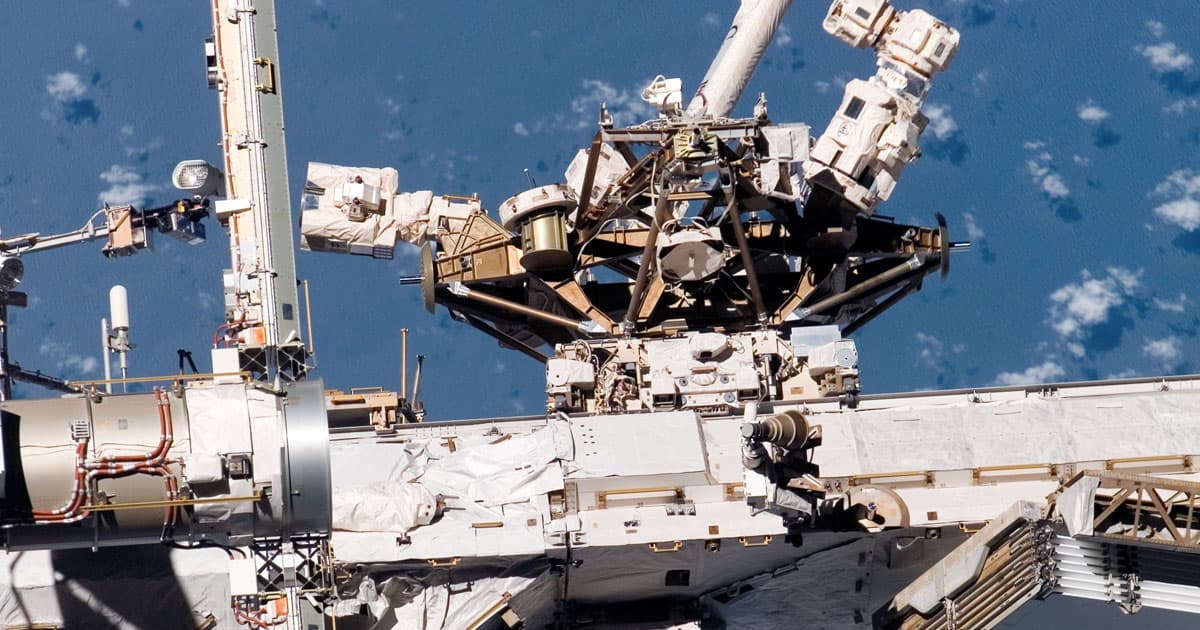 "RELL is a great example how robots with the right tools can simplify life for astronauts."

"RELL is a great example how robots with the right tools can simplify life for astronauts."

NASA and Canadian Space Agency (CSA) scientists were just able to automate one of the dangerous jobs on the International Space Station, sending a robot out on spacewalks so humans don't need to put themselves at risk.

Dextre, a CSA robot that looks like a multi-armed tower sticking to the side of the space station, recently checked the outside of the ISS for signs of leaks — specifically looking for ammonia that the space station uses as a coolant, according to a NASA press release. And now, with a newly-installed "robot hotel," it's far easier for the robot to do its job and keep the dangerous work out of human hands.

On Tuesday, ISS astronauts installed the Robotic Tool Stowage (RiTS) unit that was first launched to space in December. NASA calls it a "robot hotel," but it's really more of a tool shed. In this case, it gives Dextre a place to store parts of RELL, its ammonia leak-detecting tools, on the exterior of the ISS where they're easier to access.

"RELL is a great example [of] how robots with the right tools can simplify life for astronauts," RiTS hardware manager Mark Neuman said in the release. "Dextre can use RELL to detect ammonia leaks, eliminating the need for astronauts to perform the same task during a spacewalk."

For now, the new tools like RiTS and RELL can help astronauts stay safe by automating riskier tasks, but NASA suspects that the same technology could help establish orbital habitats.

NASA has big plans for its Deep Space Gateway habitat, and finding ways to give robots all the hard work could help make it a reality.

More on the ISS: The Space Station Is Getting a New Toilet

Diner Drama
People Furious at Robot Serving Pancakes at Denny's
11. 28. 21
Read More
Killer Robot Update
Uh Oh, They Strapped a Sniper Rifle to a Robot Dog
10. 12. 21
Read More
Alt Propulsion
NASA, DARPA, MIT Scientists Met to Discuss "Anti-Gravity" Tech
9. 22. 21
Read More
+Social+Newsletter
TopicsAbout UsContact Us
Copyright ©, Camden Media Inc All Rights Reserved. See our User Agreement, Privacy Policy and Data Use Policy. The material on this site may not be reproduced, distributed, transmitted, cached or otherwise used, except with prior written permission of Futurism. Articles may contain affiliate links which enable us to share in the revenue of any purchases made.
Fonts by Typekit and Monotype.