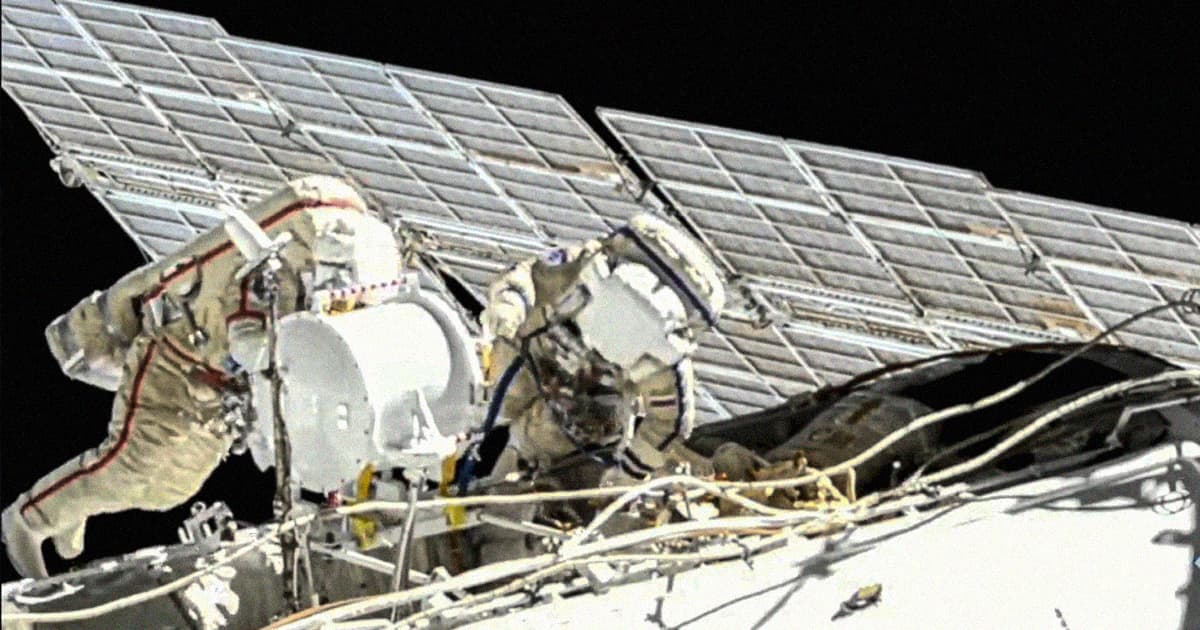 The country is making space for its new ISS module.

The country is making space for its new ISS module.

It was the first time that cosmonauts Oleg Novitsky and Pyotr Dubrov have ventured out into the unprotected vastness of space — and another sign that Russia is still committed to the aging space lab for the time being, despite recently indicating that it will soon eventually abandon it.

In With the New

The spacewalk, livestreamed by NASA, involved undocking and disposing of some parts of the Pirs docking compartment. During the operation, they unhooked equipment from the compartment and then stowed it on the outside of the station.

Pirs served as an airlock for dozens of previous spacewalks as well as a docking port for cargo ships and Soyuz crew spacecraft, according to CBS.

The dock will soon be replaced by Russia's Nauka ("Science") space lab module, which is currently undergoing final tests back on the ground, some time next month.

The launch of the new module has been delayed several times, but according to officials it will launch some time in mid-July. The old docking module will be picked up by a Progress cargo ship and be pulled into the Earth's atmosphere to burn up over the Pacific Ocean.

The pair also replaced "a fluid flow regulator on the nearby Zarya module" and "biological and material science samples on the exterior of the Russian modules," according to NASA.

If all goes well, the 20-ton Nauka module will provide the Russian segment with more space and another docking port.

It's one last big push to ensure the aging orbital outpost's survivability — Russia's space agency has already confirmed earlier this year that the nation will soon be abandoning the ISS and moving on to work on its own space station instead.

More on the ISS: Russia Is Sending Its Own Actor to Space Before Tom Cruise