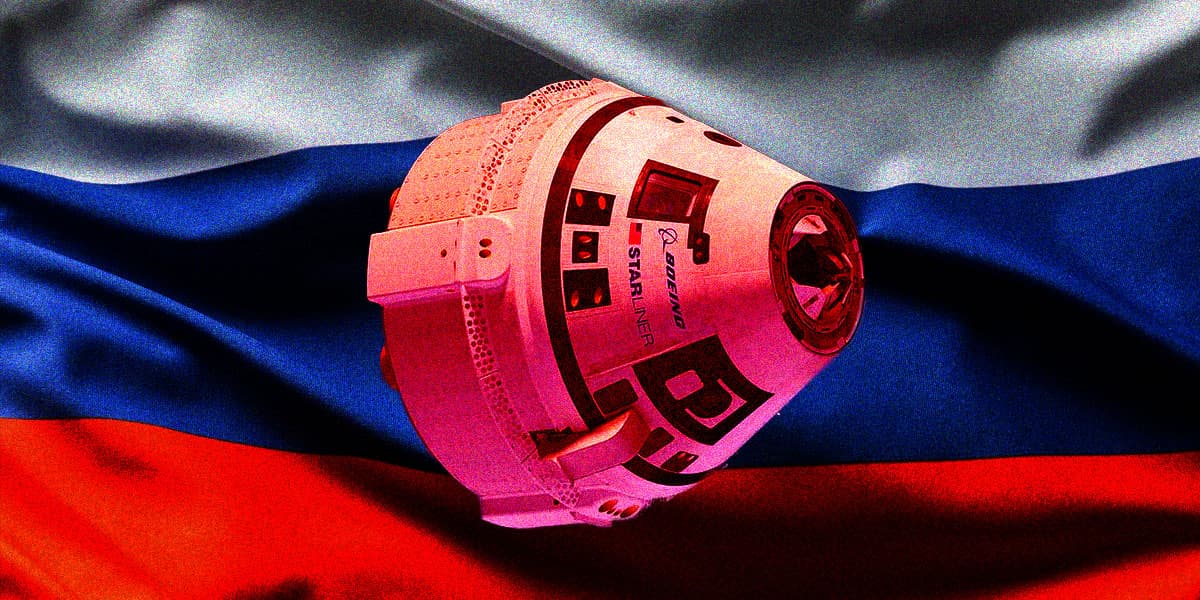 Russia With the Assist

From Russia with love.

From Russia with love.

Both SpaceX and Boeing developed spacecrafts designed to hoist astronauts into orbit as part of NASA's Commercial Crew program.

But so far, SpaceX is running circles around Boeing, having launched several astronaut crews to the International Space Station.

Meanwhile, Boeing's Starliner has endured setback after setback. Most recently, 13 valves in its propulsion system failed to properly open during a preflight test, yet another delay before finally getting the capsule off the ground.

According to Russian state news agency TASS, the MV Keldysh research center, owned and operated by Roscosmos, is ready to assist Boeing in solving the many issues it's facing with Starliner — though it failed to elaborate on exactly how it plans to help out.

Boeing has had to delay the second launch of its Starliner spacecraft several times since a fateful maiden voyage in December 2019, which almost ended in a "catastrophic failure," according to a NASA safety review panel.

Ever since, Boeing has been struggling to right Starliner's many wrongs at NASA's request.

Starliner has yet to successfully reach the International Space Station, with or without a crew on board.

Whether Russia's assistance will help the ailing aeronautics corporation to get there is unlikely. Its offer of help does come at an ironic moment, though — just a week after its Nauka module of the ISS accidentally fired its thrusters, flipping the entire station over in a serious safety incident.

"Boeing can't get Starliner's propulsion valves open, and Roscosmos couldn't get Nauka's propellant valves closed," quipped one Twitter user. "Maybe there is some synergy there."

More on Starliner: Something Is Really Screwed Up With Boeing’s Starliner Prototype