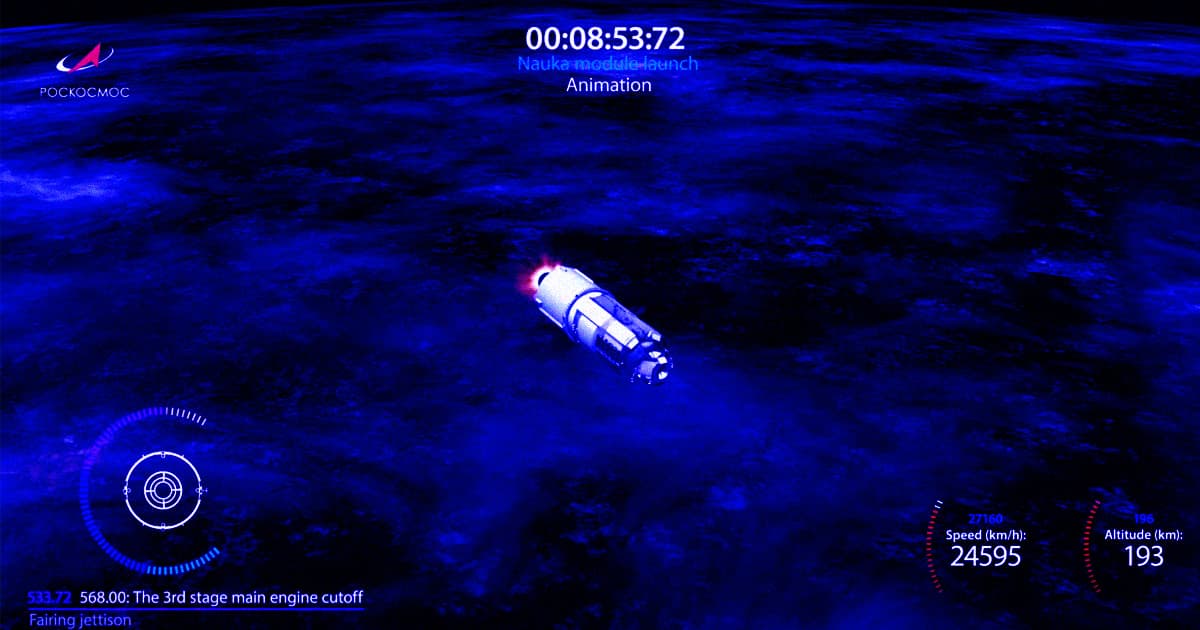 Was there ever anything wrong with its main engines?

Was there ever anything wrong with its main engines?

Despite confirming it would eventually abandon the International Space Station, Russia's federal space agency Roscosmos had one last contribution to make.

Russia's brand new space station module called Nauka successfully launched into space on Wednesday — but there was a change of plans once it entered space.

Unconfirmed reports emerged of a main engine failure cutting the module's efforts to raise its orbit short. It's an unfortunate bit of a drama for a space lab that was meant to launch in 2007, as Gizmodo points out, but had to be delayed due to technical problems at the time.

Fortunately, Roscosmos later announced on Twitter that the "test activation of the propulsion system of the module Nauka and the orbit formation impulse were worked out normally."

As is characteristic of the space agency, the messaging around the incident was rather vague. It's still unclear if Nauka's main engines were ever ignited — or if there was an issue with them to begin with.

Harvard Center for Astrophysics astronomer Jonathan McDowell noted early Friday morning that Nauka's orbital data shows that it is "still in the post-maneuver orbit, no additional orbit changes yet."

The setback has forced Roscosmos to delay the departure of Russia's outgoing Pirs module from the ISS, a 20-year-old segment that is scheduled to be de-orbited. The segment was meant to be replaced with the Nauka module. A pair of cosmonauts spent hours during a spacewalk in early June to set up the dismemberment of the module from the ISS.

Roscosmos has now delayed Pirs' departure until Saturday so engineers have more time to figure out what to do with the Nauka module.

It's an unfortunate kerfuffle — and arguably the last thing the space agency needs in its plans to establish its own space station.

More on Roscosmos: Russia Wants to Send a Nuclear-Powered "Space Tug" to Jupiter

Sabers Rattled
Russia Issues Veiled Threat to Shoot Down Pesky SpaceX Satellites
Sep 16
Read More
Don't let the door hit you
Elon Musk Lobs Casual Space Station Burn at Moscow
Jul 28
Read More
Sad ROSS
Russia's New Space Station Gets Sadder the More We Hear About It
Jul 27
Read More
+Social+Newsletter
TopicsAbout UsContact Us
Copyright ©, Camden Media Inc All Rights Reserved. See our User Agreement, Privacy Policy and Data Use Policy. The material on this site may not be reproduced, distributed, transmitted, cached or otherwise used, except with prior written permission of Futurism. Articles may contain affiliate links which enable us to share in the revenue of any purchases made.
Fonts by Typekit and Monotype.