Asteroid mining will likely be a reality by 2025. Here’s why that’s amazing. 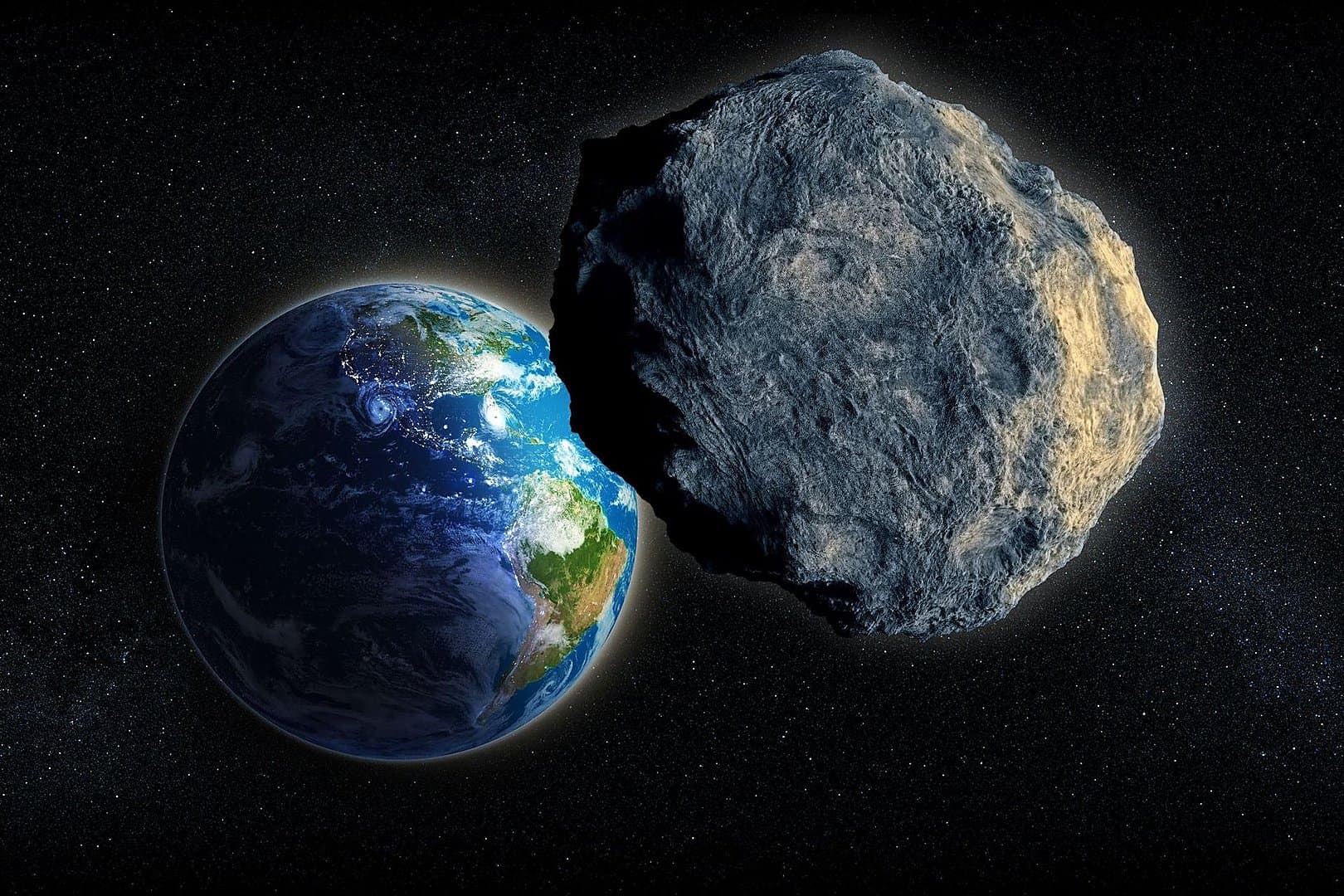 As Earth’s population continues to swell, the strain on our planet’s resources continues to grow. And although ecologists assert that we aren’t at the tipping point just yet, Earth has a finite amount of resources. Eventually, we are going to run out, so it makes sense to start planning for that inevitability now.

One of the most promising avenues? Space.

Asteroid mining is an endeavor that aims to acquire natural resources from comets, asteroids, and minor planetary bodies in our solar system. In invokes images of Bruce Willis and Ben Affleck (two of the most well know asteroid miners from cinema); however, asteroid mining isn’t just the stuff of science fiction.

In fact, asteroid mining is quickly becoming a reality, and with good reason.

According to NASA, the mineral wealth that can be found in the asteroid belt (the region of space that exists between the orbits of Mars and Jupiter) equals out to the equivalent of just about 100 billion dollars for every person on Earth today. That’s a lot of wealth, but more importantly, that’s a lot of resources—and resources (not monetary gains) is really what space mining is all about.

If you aren’t aware, getting materials from planet Earth to outer space takes an extravagant amount of fuel, and that means an extravagant amount of money. To that end, by acquiring raw materials from space itself, we could develop a host of space structures (such as colonies or space stations) and even generate rocket fuel, which will ultimately be needed if we ever hope to explore and colonize our solar system in a way that is economically viable.

As Planetary Resources CEO Chris Lewicki asserts, "Whether it’s the air we breathe, the water we drink, the materials that we build things with, or ultimately, of course, the food that we eat…all of these things are available to us on this planet, but when we head into space, we have to bring all of it with us. That of course, isn’t very scalable." And to that end, NASA states that, in the 21st century, space exploration will be reliant upon what we can mine in the cosmos: "The metals and minerals found on asteroids will provide the raw materials for space structures, and comets will become the watering holes and gas stations for interplanetary spacecraft.”

To that end, a host of governments and private companies are already working on asteroid mining projects. Luxembourg recently established a €220 million fund for space mining projects; the United States signed the Commercial Space Launch Competitiveness Act into law (which recognizes the right of U.S. citizens to own asteroid resources); and private companies like Planetary Resources and Deep Space Industries have a number of technologies in production to help humanity mine the cosmos.

But how long will it really take us to get there?

Of course, there is a difference between passing laws and working on technology and actually having a functioning mining operation. However, Lewicki notes that such operations really aren't that far away.

The timeline that we are really looking at is as soon as a decade from now.

"People think that this is something that will be a century away, or maybe something that their grandkids might see," Lewicki asserts, "but people already doing this. We already have two spacecrafts in orbit around asteroids, and in the first half of the 2020s, we anticipate that we will  [Planetary Resources will] be touching on the surface of the nearest asteroid and extracting the first really demonstrable amount of asteroid resources on site."

That's ten years away...just ten years until we're mining our first asteroid. Of course, there are a lot of things that need to happen in order for this ten-year timeframe to be met, but we are well on our way.

The first concern is establishing clear regulations regarding asteroid mining. For example, who really owns asteroids, anyways? Can anyone just venture space with a flag and stake a claim?

Lewicki notes that, while such regulations will take some time to fully flesh out, we are already taking steps to cement laws regarding commercial operations in space: "The United States government has taken up this matter for the last couple of years, seeing how this industry was developing very rapidly. They created the first framework that identifies how we will deal with property rights, regulation, and ownership of things that are developed and obtained in space."

This is the aforementioned Commercial Space Competitiveness Launch Act, and other nations are already launching similar initiatives. "The United States has led this, and now we’re seeing other countries, and other space programs, follow suit. Earlier this spring, the United Arab Emirates and their newly established space program described their intent to establish some policy related to space resources and space mining, and just last week, the deputy prime minister and the prime minister of Luxembourg announced a very large initiative that the country there is starting, and we’re collaborating with them in that activity, and they are going to form a new space policy which helps create a framework that supports the development of the industry."

So it seems that the only real hurdle will be developing the necessary technology.

So How Viable is it, Really?

One of the major concerns with asteroid mining is, of course, getting to the asteroids.

As was previously mentioned, a great number of the asteroids in our solar system exist in a belt between the orbits of Mars and Jupiter. And alas, that's kind of far away. In fact, it's about 330 million km (204 million miles). For comparison, the Moon is 384,000 km (238,000 miles) away from Earth. Fortunately, as Lewicki asserts, we may not have to go quite that far in order to get to find viable asteroids for mining.

"Asteroids are actually the most accessible destinations once you go out of low-Earth orbit, and a lot of people aren’t aware of that. They think of asteroids as something between Mars and Jupiter, and that's very, very far away. But that's the great benefit of the near-Earth asteroids. There are now 14,000 that have already been discovered, and a few thousand of those actually are far easier to make the journey to-and-from."

And while asteroid mining may seem like an enormous leap, it is important to remember that, just like the first Moon landing, advancements take place in measured steps. Lewicki outlines the stages that Planetary Resources has planned, noting that this incremental process is meant to be self-sustaining: "We have been approaching this audacious idea with an approach where we make progress at every point on the way, and we even actually generate revenue and create businesses at every step. We have done work for the U.S. government, for NASA with technology development, for DARPA, and we’ve supported a number of private companies with some of the technologies that we’re developing. It's a scaling up process, and we have the opportunity to demonstrate, and test, and even make money as we do that along the way."

Ultimately, technologies for asteroid prospecting are already set for testing on Earth. Planetary Resources is launching Ceres, a series of Arkyd 100 satellites that will be carrying out advanced imaging of Earth. The sensors, which will eventually be used to prospect asteroids, are going to be used to deliver intelligence regarding the natural resource material on any spot on the planet.

By 2019, the company plans to have a constellation of 10 Arkyd 100 microsatellites in low-Earth orbit, equipped with mid-wave infrared and hyperspectral sensors that can track water content, crop growth, oil and gas leaks, and even forest fires.

And so, it seems, the era of space mining is already well underway, bringing us one step closer to a truly viable space industry.

Read This Next
Asteroid Wars
Billionaires Are Dead Serious About Moving Factories to Space
Futurism
Falcon Heavy Could Make Asteroid Mining a Reality
Futurism
Asteroids Need to Be Mapped If We're Going to Mine Their Resources
Futurism
Why Asteroid Mining is Integral to Our Plans for Colonizing Mars
Futurism
Ambiguous Laws Could Prevent Us from Taking Full Advantage of Celestial Resources
More on Off World
No More Hops, Mor...
Yesterday on the byte
Suggestion: NASA Should Make Its Mars Helicopter Do Some Gnarly Tricks From "Tony Hawk"
Exoplanet Dance
Tuesday on the byte
Scientist Releases Amazing Video of Exoplanets Orbiting Distant Star
Space Junk News
Tuesday on the byte
Two Large Chunks of Space Debris Just Almost Collided in an Epic Disaster
READ MORE STORIES ABOUT / Off World
Keep up.
Subscribe to our daily newsletter to keep in touch with the subjects shaping our future.
+Social+Newsletter
TopicsAbout UsContact Us
Copyright ©, Camden Media Inc All Rights Reserved. See our User Agreement, Privacy Policy and Data Use Policy. The material on this site may not be reproduced, distributed, transmitted, cached or otherwise used, except with prior written permission of Futurism. Articles may contain affiliate links which enable us to share in the revenue of any purchases made.
Fonts by Typekit and Monotype.