Be Better
Jan 20 by Maggie Harrison
Be Better
/Artificial Intelligence 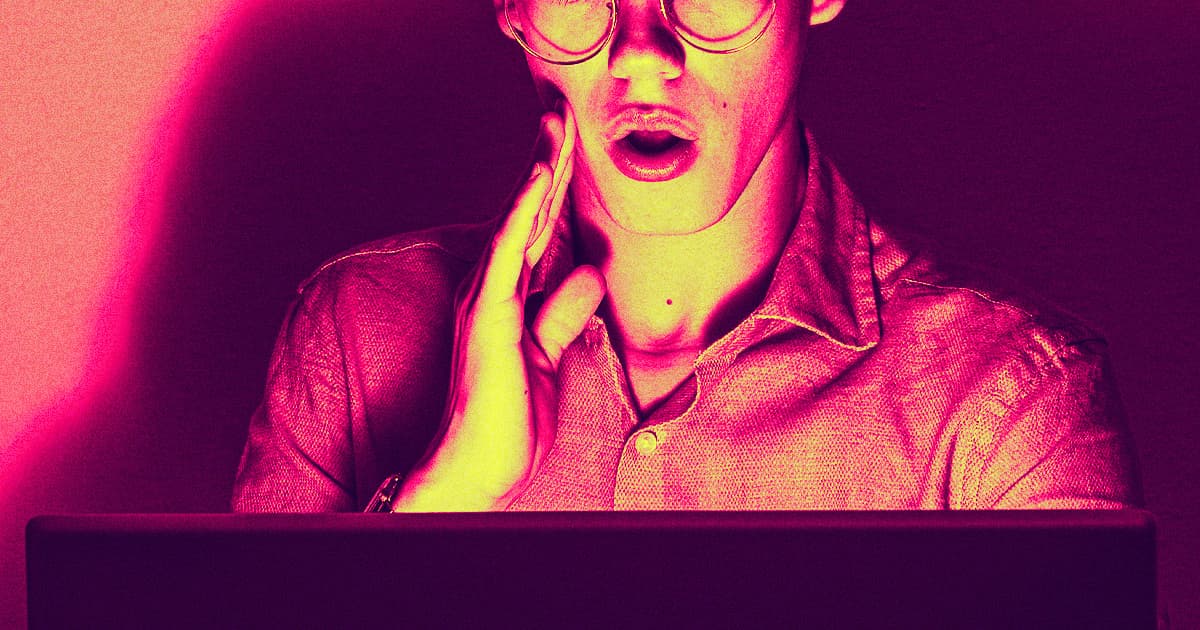 Content moderation is grueling, deeply traumatizing job. Workers usually don't last more than a year, and due to the horrible things they have to see, they're often left with lasting PTSD once they leave.

That said, for the internet to functionally exist, it's also necessary work. Unmoderated corners of the internet are pure and utter hell zones, filled with the kinds of violence and depravity that moderators work to save the rest of us from. And yet, despite both the difficulty and importance of the work that they do, tech companies with a mind-numbing amounts of money continue to pay moderation workers, especially those who live in the Global South, shockingly little.

Add to that lineup of Silicon Valley giants the latest industry darling: OpenAI.

Time reports that in order to build moderation tools into its AI systems, the artificial intelligence company has been paying workers in Kenya less than $2 an hour to moderate absolutely horrifying content — material reportedly so profoundly disturbing that OpenAI's outside moderation contractor, Sama, is scheduled to end its contract with OpenAI eight months early than scheduled.

"That was torture," one underpaid Sama moderator, who was particularly traumatized by a story about a man having sex with a dog in front of a child, told the magazine. "You will read a number of statements like that all through the week. By the time it gets to Friday, you are disturbed from thinking through that picture."

Per the magazine, OpenAI signed the initial agreement with Sama — a fairly notorious contractor that notably just ended a long-term contract with Facebook — back in November 2021. Sama itself received $12.50 an hour from OpenAI, but it sounds like most of that money never made it to its workers.

After taxes and the company taking its own cut, the actual moderators were reportedly taking home roughly $1.30 to $1.50 an hour, maybe reaching $2 if they hit all of their performance indicators, which according to Time included things like accuracy and speed. And while Nairobi doesn't have a minimum wage requirement, we can probably all agree that paying individuals less than $2 an hour to read stories about "child sexual abuse, bestiality, murder, suicide, torture, self harm, and incest" written in "graphic detail" is wrong — especially when the company paying for the work is reportedly cutting a deal with Microsoft that will bring its value to $29 billion.

Time reports that Sama also offered its employees "wellness counseling" to support them in the difficult moderation labor, but employees say those so-called counseling services were both rare due to productivity demands and insufficient, with workers allegedly pushed to attend group sessions instead of the one-on-one therapy they were promised. (Sama, per Time, refutes this claim and maintains that counselors were always available.)

The relationship between OpenAI and Sama, meanwhile, apparently grew strained.

The details are a little hazy, but around February 2022, OpenAI reportedly hired Sama to help with a different project, this time related to its image-generating tech. Sama employees gathered a variety of horrifically graphic images, which were to be passed along to OpenAI for the sake of training a different machine — presumably DALL-E 2 — against graphic visual content. Much of the content that Sama workers collected belonged to a particularly egregious content category dubbed C4, which contains imagery that's illegal under US law.

After it was discovered that Sama workers had collected material in that category, the companies seemingly grew less than friendly.

"The East Africa team raised concerns to our executives right away. Sama immediately ended the image classification pilot and gave notice that we would cancel all remaining [projects] with OpenAI," a Sama spokesperson told Time. "The individuals working with the client did not vet the request through the proper channels. After a review of the situation, individuals were terminated and new sales vetting policies and guardrails were put in place."

For its part, OpenAI told Time that it never explicitly asked Sama to collect C4 content.

"This content is not needed as an input to our pretraining filters and we instruct our employees to actively avoid it. As soon as Sama told us they had attempted to collect content in this category, we clarified that there had been a miscommunication and that we didn't want that content," the AI maker told Time. "And after realizing that there had been a miscommunication, we did not open or view the content in question — so we cannot confirm if it contained images in the C4 category."

And as for the rest of Time's allegations, OpenAI further maintains that it's just trying to make the world a better place with its product. Content moderation is just an essential, albeit unfortunate, part of that mission.

"Our mission is to ensure artificial general intelligence benefits all of humanity, and we work hard to build safe and useful AI systems that limit bias and harmful content," an OpenAI spokesperson told the magazine. "Classifying and filtering harmful [text and images] is a necessary step in minimizing the amount of violent and sexual content included in training data and creating tools that can detect harmful content."

Fair enough. Still, the necessity of moderation isn't an excuse to employ contractors that, time and again, have proven to treat their workers atrociously — if anything, it's a reason to take extra good care of the employees who take on one of the modern world's worst duties. And paying such wretched wages when its own coffers are so deep seems like very poor taste.

OpenAI has deep enough pockets already, and they're about to get much deeper. There has to be a better way.

Read This Next
Pleading the Fifth
Extremely Embarrassing Evidence Emerges Against CEO of “Robot Lawyer” Startup
Chinese Chatbots
Chinese Company Gearing Up to Release Powerful ChatGPT Competitor
AI Buster
We Tested OpenAI's New AI-Detector and Uhhhhh
Faking Face
Twitter Is "Verifying" Accounts With AI-Generated Faces
Zombie Stage
CNET Sister Site Restarts AI Articles, Immediately Publishes Idiotic Error
More on Artificial Intelligence
AIlex Jones
Yesterday on the byte
ChatGPT Is Freakishly Good at Spitting Out Misinformation on Purpose
Meow Meow
Yesterday on the byte
Amazing New CatGPT AI Answers as If It Were a Kitty Cat
Grody Defenders
Yesterday on the byte
The Deepfake Porn Scandal Is Tearing the Streaming Community Apart
READ MORE STORIES ABOUT / Artificial Intelligence
Keep up.
Subscribe to our daily newsletter to keep in touch with the subjects shaping our future.
+Social+Newsletter
TopicsAbout UsContact Us
Copyright ©, Camden Media Inc All Rights Reserved. See our User Agreement, Privacy Policy and Data Use Policy. The material on this site may not be reproduced, distributed, transmitted, cached or otherwise used, except with prior written permission of Futurism. Articles may contain affiliate links which enable us to share in the revenue of any purchases made.
Fonts by Typekit and Monotype.