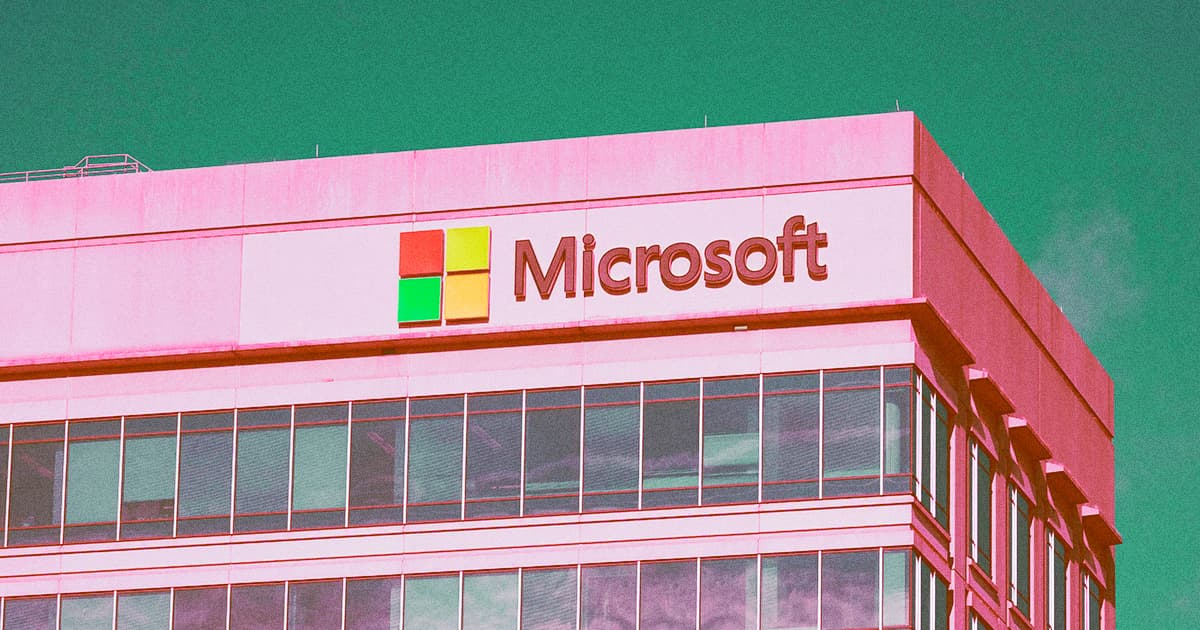 Microsoft Fires 10,000 Employees as It Invests in AI

This timing is unfortunate.

This timing is unfortunate.

Amid rumors of a multi-billion dollar deal with OpenAI, Microsoft has announced that it's laying off a whopping 10,000 employees, making it the latest tech company to let go of a large chunk of its workers.

In a memo sent to employees and published on the company's blog, CEO Satya Nadella said that over the next few months, the company would be laying off up to five percent of its global workforce, with some impacted being notified immediately.

Nadella added that with the job cuts, the company would be taking on a whopping $1.2 billion bill "related to severance costs, changes to our hardware portfolio, and the cost of lease consolidation as we create higher density across our workspaces."

The looming undercurrent to the layoffs, though? Artificial intelligence.

On its face, the statement is pretty much par for the course in the tech industry amid our not-recession — as Insider noted prior to the Microsoft redundancies announcement, an average of 1,600 tech workers have been laid off per day over the first weeks of 2023, and just after news of the Microsoft layoffs dropped, Bloomberg reported that Amazon was kicking off a round of job cuts that would see up to 18,000 people out of work.

But given that the layoff announcement came on the heels of speculation that the company might be investing as much as $10 billion in OpenAI to incorporate its powerful text-generating algorithms like GPT-3 into its Office suite and even Bing — and less than a day after Nadella boasted that the company was indeed planning to expand its artificial intelligence offerings into all its products — the timing seems notable.

To be clear, Microsoft had already invested at least $1 billion into OpenAI long before the economy began its current nosedive, and was in fact one of the first businesses to buy in big when it went from being an altruistic nonprofit to a private company.

But this latest potential deal that Microsoft's CEO all but confirmed when announcing OpenAI's expanded incorporation into the company's products is a pretty bad look during mass layoffs.

More on Microsoft: New Microsoft AI Can Clone Your Voice From Three Seconds of Audio

Naughty Botty
Amazing "Jailbreak" Bypasses ChatGPT's Ethics Safeguards
Yesterday
Read More
Let Them Fight
Whatever You Think of BuzzFeed's AI Quizzes, They're Way Less Horrible Than What CNET Has Been Doing
Thursday
Read More
Chinese Chatbots
Chinese Company Gearing Up to Release Powerful ChatGPT Competitor
Wednesday
Read More
+Social+Newsletter
TopicsAbout UsContact Us
Copyright ©, Camden Media Inc All Rights Reserved. See our User Agreement, Privacy Policy and Data Use Policy. The material on this site may not be reproduced, distributed, transmitted, cached or otherwise used, except with prior written permission of Futurism. Articles may contain affiliate links which enable us to share in the revenue of any purchases made.
Fonts by Typekit and Monotype.