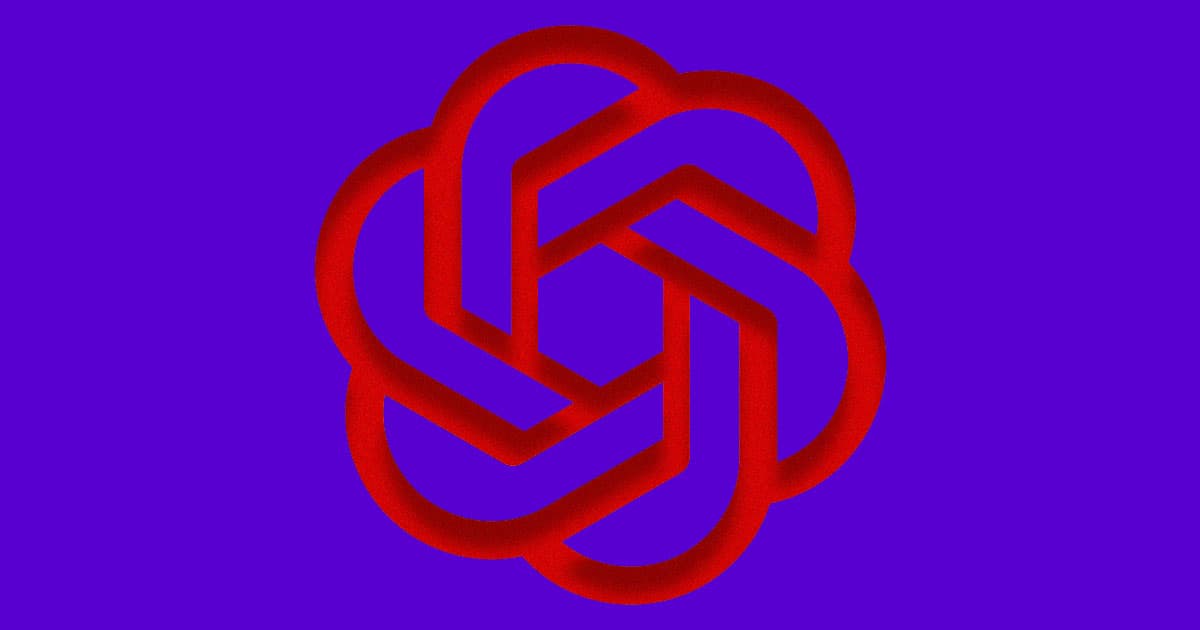 OpenAI Was Founded to Counter Bad AI, Now Worth Billions as It Does The Opposite

There's nothing open or altruistic about the OpenAI of 2023.

There's nothing open or altruistic about the OpenAI of 2023.

In spite of being founded as a humanity-benefitting nonprofit, OpenAI now appears to be doing the opposite as it considers an investment that would make it worth nearly $30 billion, built on its arguably nefarious software.

As the Wall Street Journal reports, insiders say OpenAI is currently weighing an offer to sell a majority of its shares to venture capital firms that would ultimately put its value around $29 billion.

The WSJ notes that the deal would see the Thrive Capital and Founders Fund firms purchasing at least $300 million in OpenAI shares, and roughly doubling the company's valuation and making it one of the highest-valued startups in the world.

The OpenAI of today is a far cry from its altruistic, not-for-profit dreams from 2015, when Elon Musk co-founded it with several other Silicon Valley types. Most of those founders, including Musk, are no longer with the lab-turned-company.

After initial proclamations about building "safe" AI in its early years, OpenAI abruptly turned coat in 2019 when Y Combinator's Sam Altman, who was and remains the company's CEO, created a for-profit arm to attract investment. The gambit worked, with Microsoft investing a cool $1 billion in OpenAI later in 2019.

Along the road to for-profit status, however, OpenAI lost Musk, who openly stated just a month before announcements about the company's for-profit arm that he "didn't agree" with the direction it was headed.

In the ensuing years, OpenAI's powerful neural networks have gotten tons of press for their sophistication — though not all that press has been good. Indeed, the same year it went for-profit, the firm itself initially claimed that its text-generating GPT-2 algorithm was too dangerous for public consumption — but then went ahead and released it months later anyway.

In 2022, the company made further waves first with its next-level DALL-E2 image generator and then its ChatGPT software, which generates text so human-sounding that academics had a veritable freakout over students potentially using it to write their papers for them.

And at the end of the day, the fact that it went from a pro-social research project to an industry-changing behemoth in seven years is enough to give anyone pause.

That it may or may not end up releasing powerful AI into society — and likely replacing countless human workers — when its founders initially wanted to do the opposite is, frankly, not a great look.

More on OpenAI: In a Fresh Horror, ChatGPT Can Apply to Jobs Now