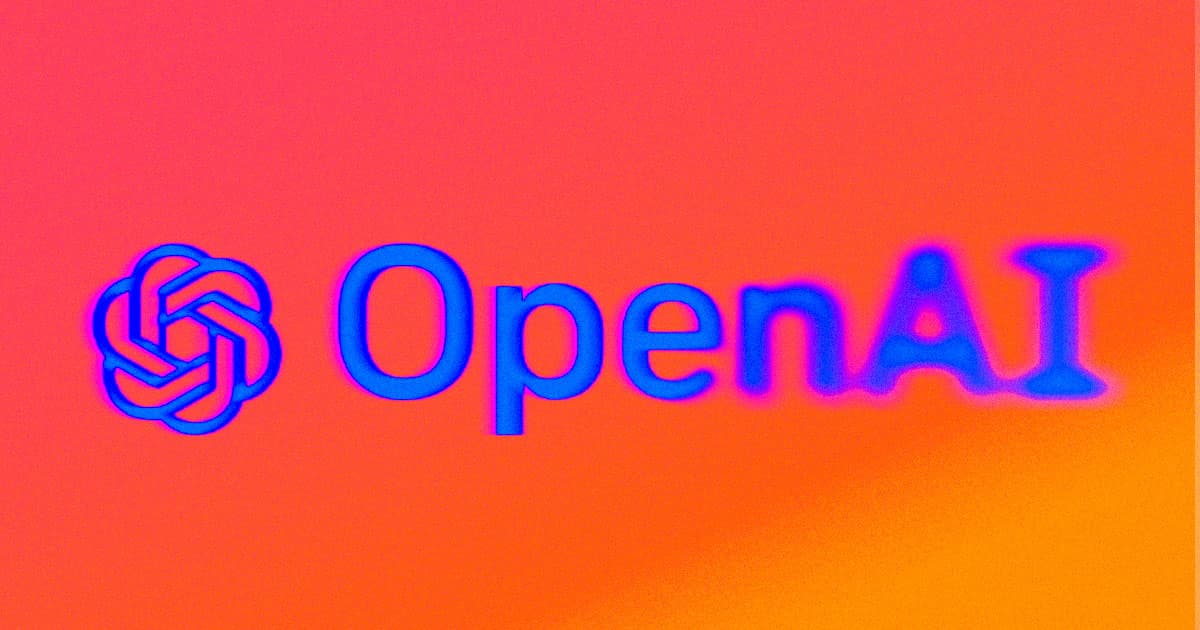 OpenAI started as a non-profit. Now it's raking in serious dough.

OpenAI started as a non-profit. Now it's raking in serious dough.

Though originally founded to be a non-profit, ethical alternative to the massive companies developing AI tech, OpenAI became a sort of hybrid non-profit and for-profit back in March. The two companies have been collaborating on projects for years, but now with this new investment, Business Insider reports that OpenAI will be developing AI tech specifically for Microsoft's cloud services.

The ultimate goal of the partnership is to work toward Artificial General Intelligence, according to BI. That's the catch-all term for AI that can think, emote, and reason at a human-or-above level.

"OpenAI and Microsoft's vision is for Artificial General Intelligence to work with people to help solve currently intractable multi-disciplinary problems," reads a press release reviewed by BI, "including global challenges such as climate change, more personalized healthcare and education."

Let Them Fight
Whatever You Think of BuzzFeed's AI Quizzes, They're Way Less Horrible Than What CNET Has Been Doing
Yesterday
Read More
Bot Wreck
Red Ventures Knew Its AI Lied and Plagiarized, Deployed It at CNET Anyway
Yesterday
Read More
Chinese Chatbots
Chinese Company Gearing Up to Release Powerful ChatGPT Competitor
Wednesday
Read More
+Social+Newsletter
TopicsAbout UsContact Us
Copyright ©, Camden Media Inc All Rights Reserved. See our User Agreement, Privacy Policy and Data Use Policy. The material on this site may not be reproduced, distributed, transmitted, cached or otherwise used, except with prior written permission of Futurism. Articles may contain affiliate links which enable us to share in the revenue of any purchases made.
Fonts by Typekit and Monotype.