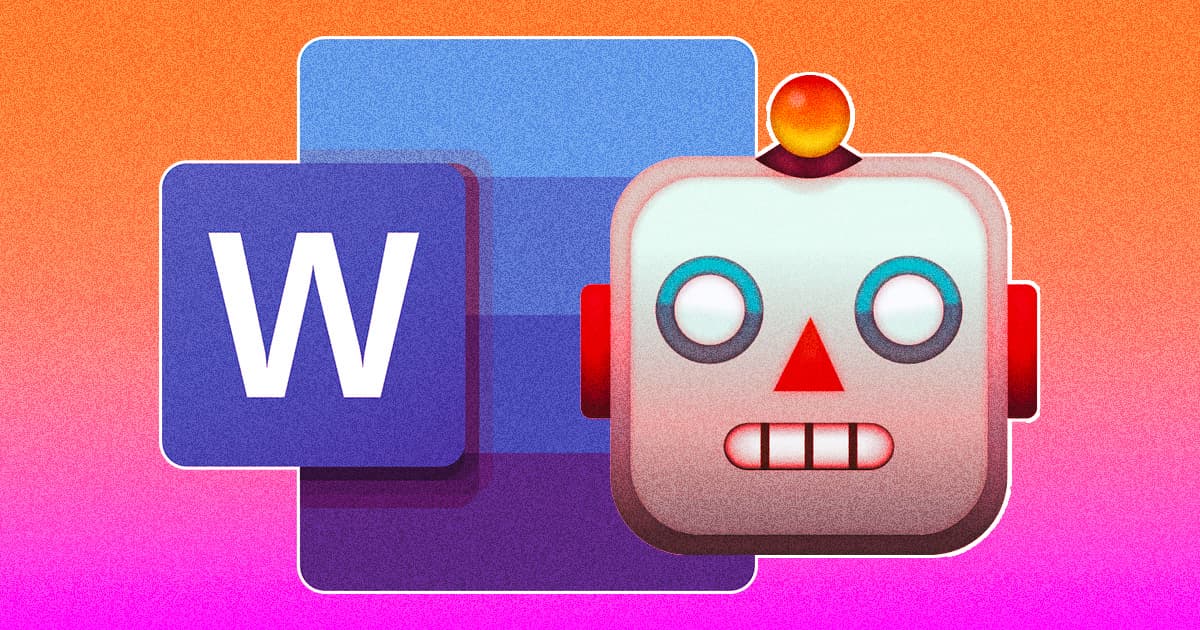 This could seriously complicate things.

This could seriously complicate things.

Microsoft is reportedly in talks with OpenAI to invest upwards of $10 billion into the artificial intelligence company — and use its powerful text generator tools not just in its Bing search engine, but in its Office suite as well.

First reported by The Information, insiders say Microsoft is looking to strengthen its existent partnership with the Elon Musk-founded AI company. They even say that the tech giant has already been quietly integrating OpenAI's text generation software into Word via its autocomplete suggestions.

According to other unnamed sources who spoke to Semafor and Bloomberg, that relationship-strengthening investment is to the tune of about $10 billion. The latter publication added that the deal between the companies — which have been working together on Microsoft's Azure AI system since at least 2019, when Microsoft invested $1 billion in OpenAI — have been in negotiations about the proposed deal for months.

"We do not comment on speculation," a Microsoft spokesperson told us in response to questions about the reporting.

If the deal goes through (or, indeed, if Microsoft is already using OpenAI's text-generating algorithms to strengthen its autocomplete suggestions), it could represent a sea change in the public-facing availability of the company's next-gen AI — especially in the wake of its release of ChatGPT, which has spurred controversy for churning out text that in some contexts is almost indistinguishable from that written by a human.

Since releasing ChatGPT, which is built on its GPT-3 language generation model, OpenAI has caught tons of flak from academics and others concerned with the lengthening specter of AI. The one-time nonprofit, which later switched to a for-profit model and by October valued at $20 billion, has also reportedly been in talks with other investors, and could soon be worth nearly $30 billion if those deals go through.

It's safe to say that OpenAI is, at this stage, the most popular girl in school — and like with anything else that's popular, it's subject to levels of scrutiny of the sort that haunt the dreams of other startup founders.