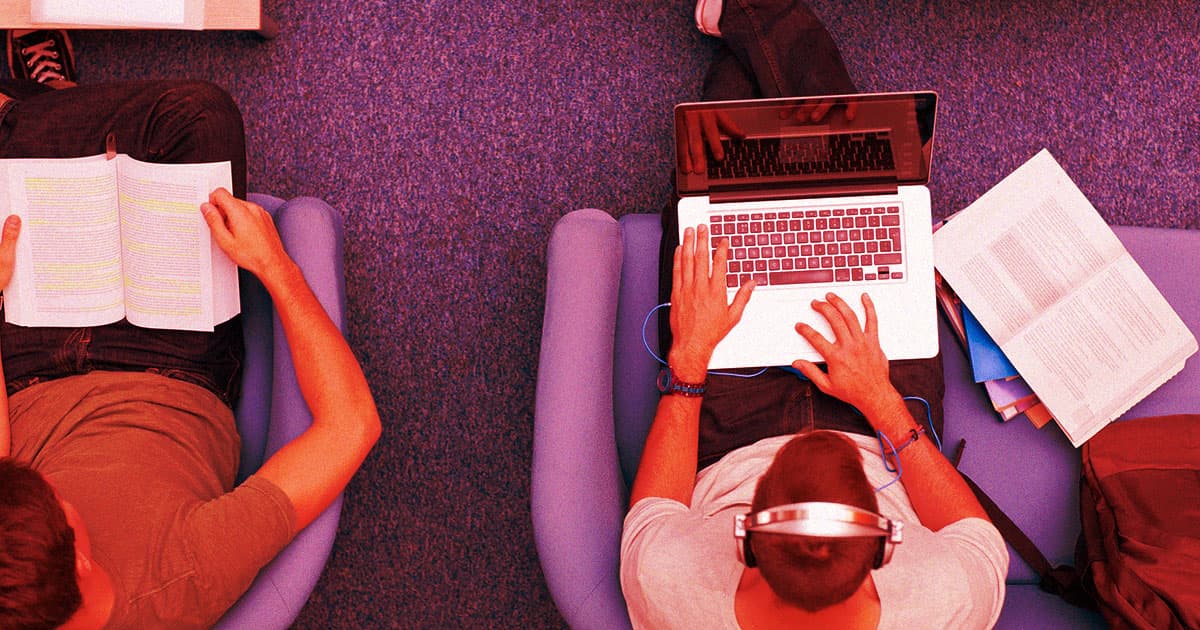 "Probably an F- if that's possible."

"Probably an F- if that's possible."

OpenAI's text-generating ChatGPT has made major waves since being made available to the public last month.

The AI has spat out everything from usable source code to vaguely believable short stories — and its prowess has even shocked some academics, who were taken by its essay-writing skills and fretted that they were already on par with human undergrads.

But not every lecturer out there is convinced that "we’re witnessing the death of the college essay in real time," as one Twitter user argued.

In other words, it may be a terrible idea after all to use ChatGPT for your next college exam — in fact, you might be a shortcut to a terrible grade, even if you're not caught cheating.

"I'm not a huge fan of the gloom and doom," Pennsylvania State English professor Stuart Selber told Insider. "Every year or two, there's something that's ostensibly going to take down higher education as we know it. So far, that hasn't happened."

To Selber, it's just history repeating itself.

"You can go back a couple decades and find similar alarm over Word, Wikipedia, and the Internet in general," he told Insider.

Selber argues that ChatGPT is simply rehashing existing information and arguments, while failing to actually question the data or turn these arguments into one that hasn't already been made — something that makes a good essay in college.

College history professor Jacqueline Antonovich agreed, tweeting that the essay ChatGPT generated after she input a midterm essay prompt "would earn an F."

"Probably an F- if that's possible," she added.

ChatGPT may not be very good at writing college essays, but that doesn't mean it's can't be a useful resource for students.

University of Leeds lecturer Leah Henrickson told Insider that she sees a future for this kind of technology in the classroom, for instance, allowing non-native English speakers to express themselves.

"Our students know that these tools exist," she said. "Our job is to help them use them critically."

READ MORE: Cheating on your college essay with ChatGPT won't get you good grades, say professors — but AI could make education fairer [Insider]

More on ChatGPT: Professors Alarmed by New AI That Writes Essays About as Well as Dumb Undergrads