Gates called AI "both promising and dangerous" — and compared the tech to nuclear weapons. 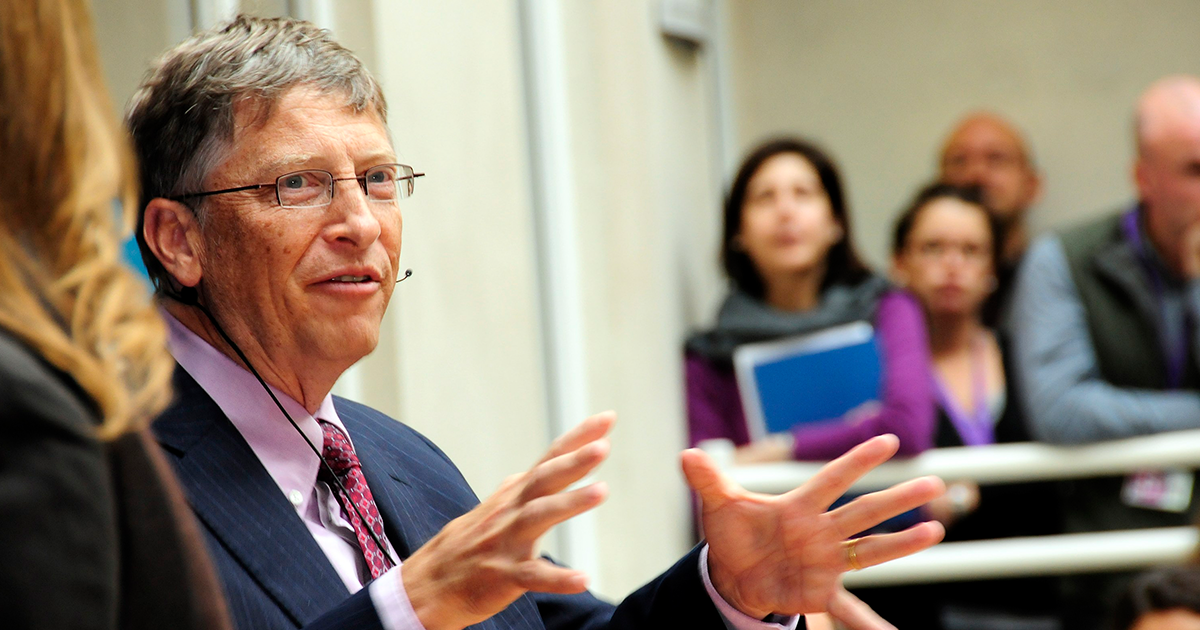 "The world hasn't had that many technologies that are both promising and dangerous," Gates said during an event at Stanford, according to CNET. He added that "I won't say there are that many" examples of AI having improved society.

At the same time, Gates expressed hope that the tech could be used to improve health and medicine around the world. But he also warned that the United States' grip on AI research is starting to slip compared to other countries.

"The US was in this totally unique position for most of these breakthrough technologies," he said. "Now the US is still very much the leader, but not [in the] same dominant, dominant way."

In the past, Gates has also expressed concern about how humanity might grapple with an AI super intelligence – as CNET pointed out.

"I am in the camp that is concerned about super intelligence," Gates said in 2015. "First, the machines will do a lot of jobs for us and not be super intelligent. That should be positive if we manage it well. A few decades after that, though, the intelligence is strong enough to be a concern."

Read This Next
Automated Education
This Grad Student Used a Neural Network to Write His Papers
Doomsday Machine
Air Force-Affiliated Researchers Want to Let AI Launch Nukes
Push Pause
State Attempts to Nix Public School’s Facial Recognition Plans
Get Hyped
Doctors Are Losing Faith in IBM Watson's AI Doctor
Futurism
A New AI Algorithm Can Track Your Movements Through A Wall
More on Artificial Intelligence
History Selfie Ch...
Monday on the byte
New AI Shows What You'd Look Like in Different Eras
I'm a Cool Boss(w...
Nov 23 on the byte
Companies Already Investing in Tech to Scan Employees’ Brains
Language Moron
Nov 20 on the byte
Facebook Takes Down AI That Churns Out Fake Academic Papers After Widespread Criticism
READ MORE STORIES ABOUT / Artificial Intelligence
Keep up.
Subscribe to our daily newsletter to keep in touch with the subjects shaping our future.
+Social+Newsletter
TopicsAbout UsContact Us
Copyright ©, Camden Media Inc All Rights Reserved. See our User Agreement, Privacy Policy and Data Use Policy. The material on this site may not be reproduced, distributed, transmitted, cached or otherwise used, except with prior written permission of Futurism. Articles may contain affiliate links which enable us to share in the revenue of any purchases made.
Fonts by Typekit and Monotype.