Nine out of 10 dentists will probably recommend it. 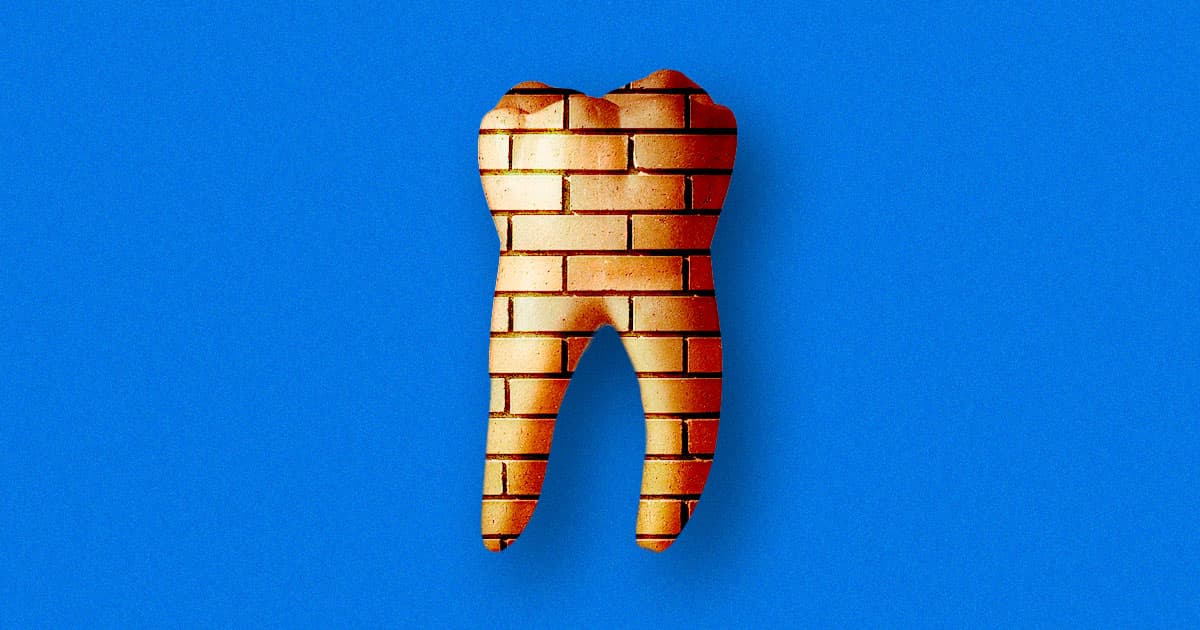 Got teeth? Great news! Scientists have created a synthetic tooth enamel they claim is stronger than actual human teeth.

An international team of researchers developed the synthetic enamel to outperform the real thing, according to a paper of their findings published in the journal Science. If all goes well, the findings could finally provide a compelling solution to decaying teeth.

To develop it, the team needed to replicate the interconnected nanowires of calcium in natural teeth, according to a press release from the American Association for the Advancement of Science. They were able to create a nanocomposite system that effectively imitated the toughness of actual enamel while maintaining its viscoelasticity.

They then tested the material by coating it to different shaped objects including human teeth. The team found it "exhibited high stiffness, hardness, strength, viscoelasticity, and toughness, exceeding the properties of enamel and previously manufactured bulk enamel-inspired materials," according to the study.

It’s still a ways away from becoming commercially viable yet, but the team now plans to test the synthetic enamel to ensure it can, you know, survive in our disgusting mouths for an extended period of time.

If things go well, the material could even be used on things other than teeth, such as pacemakers or damaged bones.

It’s undoubtedly an interesting and exciting bit of news considering that replicating enamel has been a longtime goal of dental researchers. Let’s just hope it can come out soon so those of us with sensitive teeth can finally stop suffering every time we eat an ice cream cone.

READ MORE: At Last: New Synthetic Tooth Enamel Is Harder and Stronger Than the Real Thing [American Association For the Advancement of Science]