Americans across the political spectrum oppose the protests. 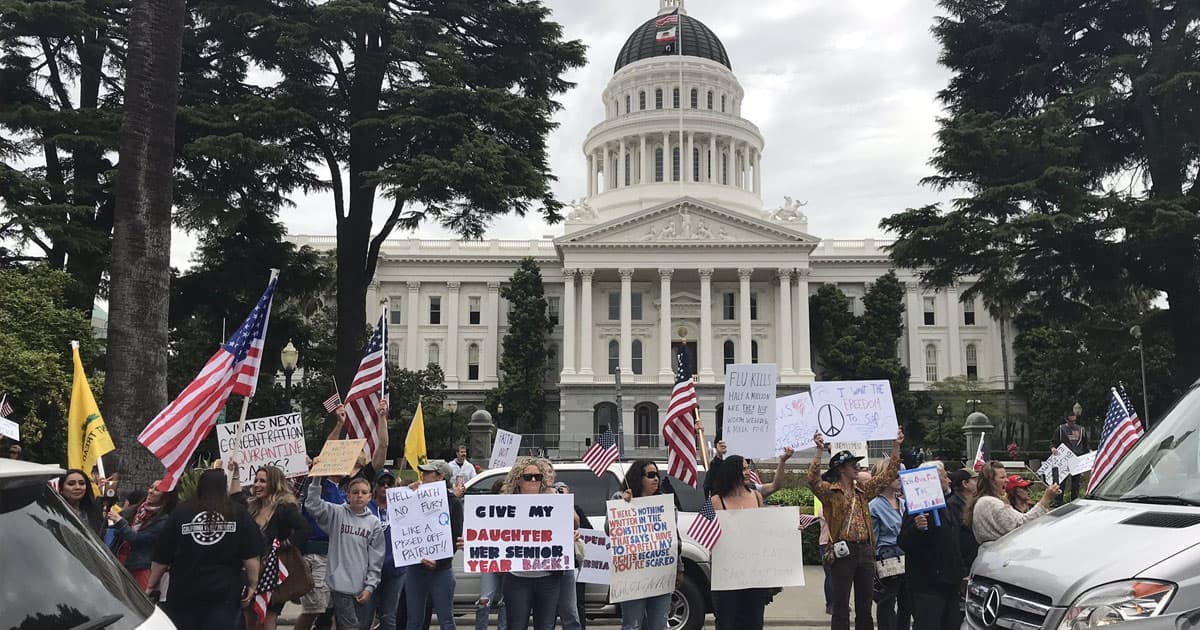 You know those protests full of angry people who want the quarantine to end so they can get a haircut or dine out at Applebee's?

Well, despite the national attention the protests have garnered, they're actually pretty unpopular across the political spectrum, according to a poll by Yahoo News and YouGov.

More than half of the roughly 1,600 Americans who responded oppose the protests — a majority that holds up even when the responses are broken down by political party.

Only about 22 percent of the respondents support the protests, while 18 remain undecided, according to the full report.

The poll results suggest that Americans are critical of President Trump's response and messaging about the coronavirus pandemic, which most respondents saying they didn't think Trump was adequately prepared.

A majority also said that they would rather leave the decision to begin easing up lockdown restrictions up to health experts and state governors rather than Trump, something the President has claimed he has "absolute authority" to do.

An overwhelming 71 percent of survey respondents said they're more worried about lifting restrictions too soon — and risking a second wave of the outbreak — than they are about lifting restrictions too late and risking economic damage. While there was a larger margin among Democrats, 56 percent of Republican respondents agreed.

When it comes to actually lifting quarantine restrictions, most people said they would want to see widespread, accessible testing in place, and medical experts giving their blessing.

More on the protests: Facebook Is Taking Down Pages Organizing Anti-Quarantine Protests