It took only a week of training. 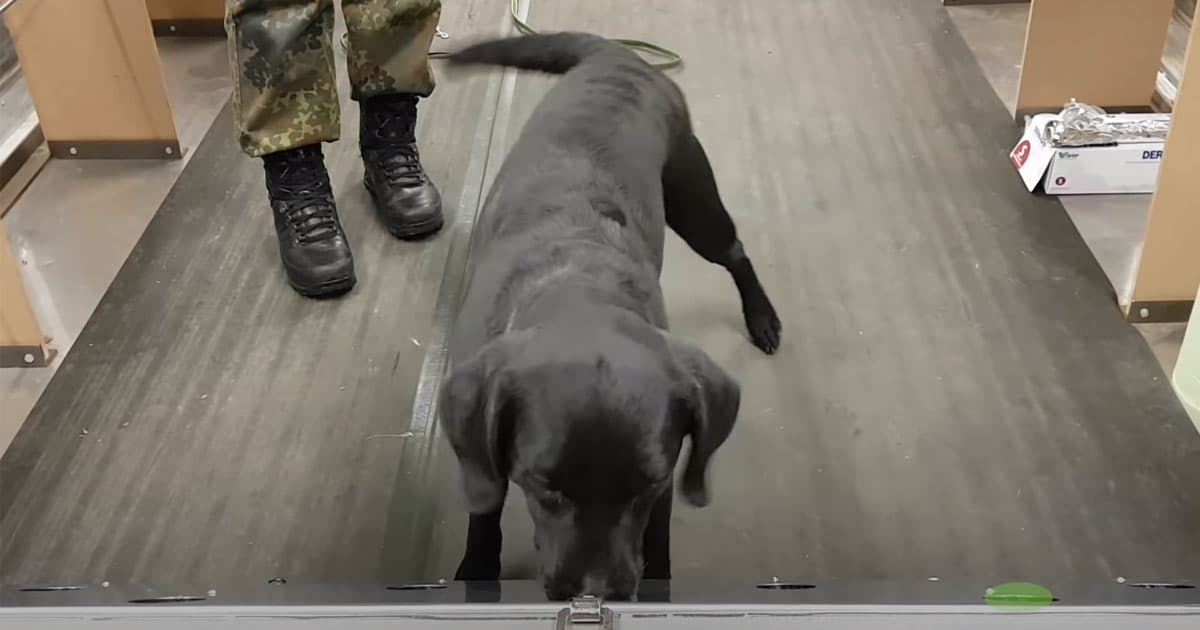 Image by University of Veterinary Medicine in Hannover
Developments

Researchers at the University of Veterinary Medicine in Hannover, Germany, have found that dogs are able to sniff out the coronavirus that causes COVID-19 with astonishing accuracy.

During tests, they found that eight dogs from Germany's military could correctly identify the presence of the coronavirus 94 percent of the time after only being trained a week, as Bloomberg reports.

Despite dogs being used to sniff out a variety of contraband substances and even explosives at airports and other locations, "people have not really realized the potential a dog could have to detect diseased from non-diseased patients," argues Holger Volk, head of the small animal clinic at the University of Veterinary Medicine Hannover, in the video.

The researchers suggested that the dog sniffing method could be employed in "public areas such as airports, sport events, borders or other mass gatherings," according to the video's caption — but only in addition to existing lab testing.

The COVID-19 samples were completely randomized, so neither the dog handlers nor the researchers knew which samples were positive and which ones weren't. In other words, the researchers guarded against the "Clever Hans" effect, in which animals appear to be solving complex problems, but are actually taking cues from their human handlers.

Image by University of Veterinary Medicine in Hannover