Officials Are Investigating The Chainsmokers for Spreading the Coronavirus 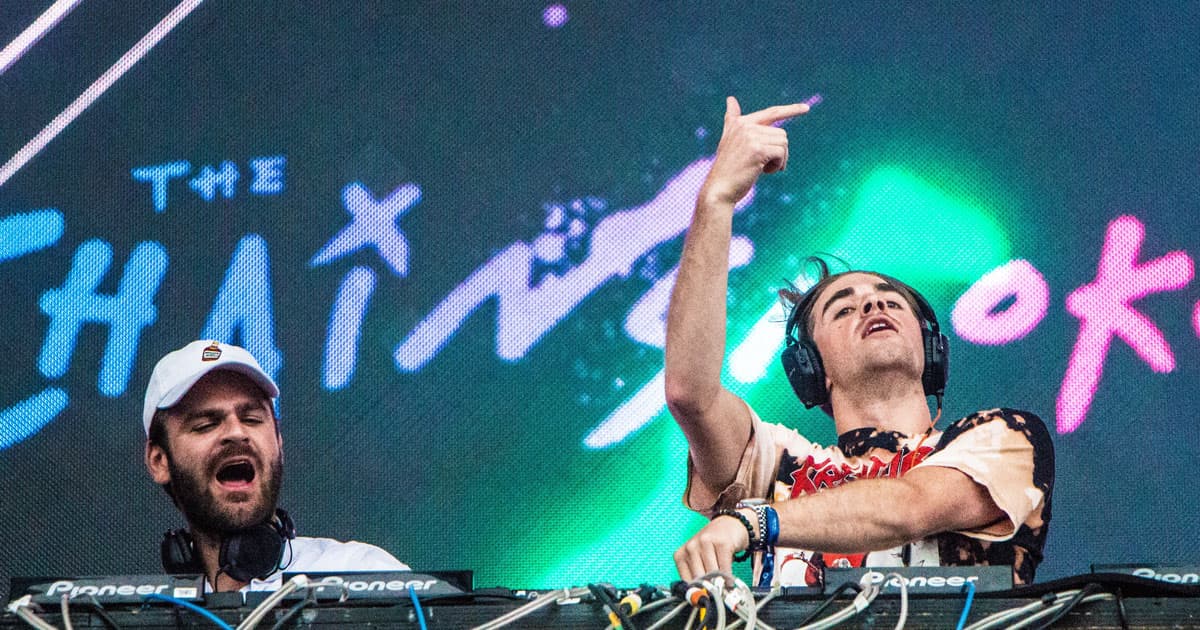 Image by The Come Up Show via Flickr
Developments

What was supposed to be a socially-distanced, drive-in Chainsmokers concert quickly degraded into the sort of packed, close-quarters event one might have attended in the Before Times.

Now, New York's Department of Health says it will investigate the July 25 concert as a health hazard, NBC News reports. The close quarters and spotty mask-wearing make it all but certain that concertgoers walked away from the Southampton venue with more than memories of a mediocre EDM-pop band — it's reasonable to expect that many will have caught COVID-19 as well.

"Videos from a concert held in Southampton on Saturday show egregious social distancing violations," New York Governor Andrew Cuomo tweeted. "I am appalled. The Department of Health will conduct an investigation. We have no tolerance for the illegal & reckless endangerment of public health."

Videos from a concert held in Southampton on Saturday show egregious social distancing violations. I am appalled.

The Department of Health will conduct an investigation.

We have no tolerance for the illegal & reckless endangerment of public health.pic.twitter.com/gf9kggdo8w

It's easy to joke. These are people who went out during a pandemic and risked it all to see The Chainsmokers, after all. And the opener — we are not kidding — was the CEO of Goldman Sachs, who performed a DJ set.

But the concert is also a damning indictment against trying to open too many businesses or lift too many restrictions as the pandemic continues.

"I am greatly disturbed by reports concerning the 'drive-in' concert held in your town this past weekend, which apparently involved thousands of people in close proximity, out of their vehicles, a VIP area where there was no pretense of a vehicle, and generally not adhering to social distancing guidance," New York health commissioner Howard Zucker wrote to Southampton supervisor Jay Scheiderman. "I am at a loss as to how the Town of Southampton could have issued a permit for such an event, how they believed it was legal and not an obvious public health threat."