There's a Resurgence of Coronavirus Cases in China 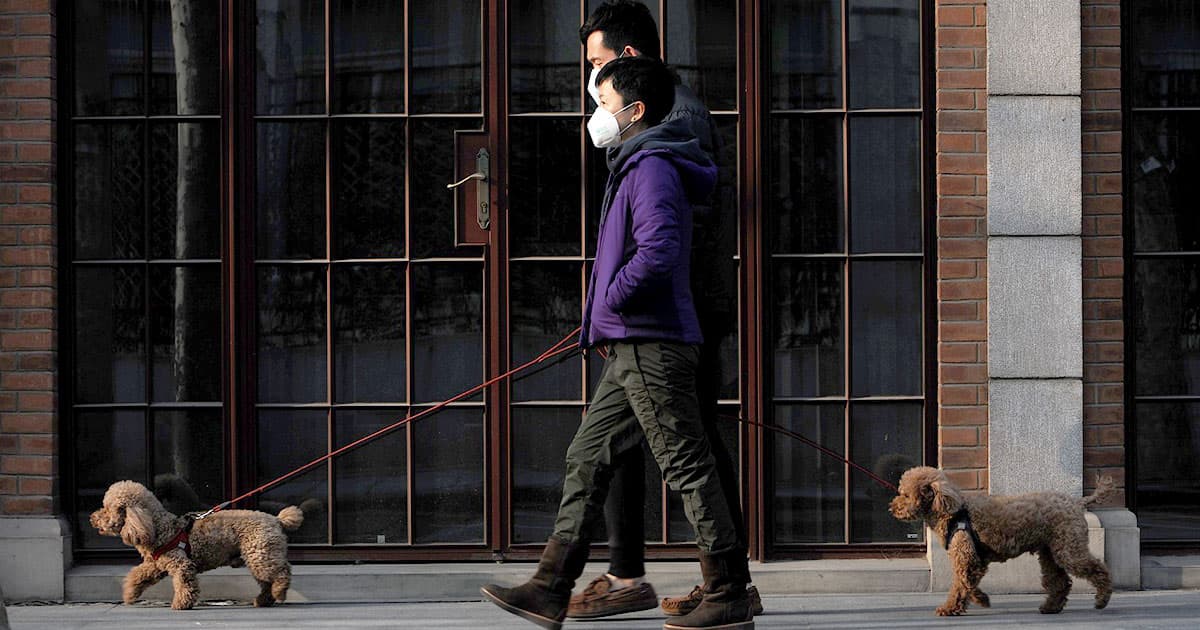 Image by zhugher via Pixabay
Developments

A resurgence of coronavirus cases is starting to hit China, as well as other countries including South Korea and Germany, just as governments are starting to loosen restrictions. Even Wuhan, the Chinese city and epicenter of the now global pandemic, experienced a new cluster of five cases.

The trend has governments worried. Is this the much-feared second wave, or a sign of smaller and controllable valleys and peaks as testing becomes available to a larger number of people?

While it's still too early to predict the scale of this second wave — if it turns out to be one at all, as opposed to statistical noise — it demonstrates that countries are shifting towards a whack-a-mole approach, putting out a number of smaller fires rather than instituting blanket rules to contain a nationwide spread.

Chinese authorities reported 17 new cases over the weekend, The Guardian reports, which is the second day of double-digit new cases and the highest in almost two weeks. It's a far cry from the four digit daily new cases the country experienced back in February — but still an ominous trend for the deadly, highly-contagious virus.

China's new cases were largely isolated to regions in the northeast. Shulan, a city in Jilin province on the border to North Korea and Russia, had to be put back under partial lockdown over the weekend after officials reported 13 new cases. Other regions also had to be put under renewed lockdown over smaller outbreaks.

A number of new cases related to nightclubs in Seoul, South Korea also has authorities worried about a potential second wave. As a result, bars and clubs are again temporarily closed in the capital. The South Korean government even pushed back the reopening of schools.

But officials cautioned that the new cases do not necessarily mean a second wave is coming.

"The first wave has not ended and had a break to start another pandemic," Jung Eun Kyeong, director-general of South Korea's Center for Disease Control told NBC News during a briefing on Monday.

"It's not over until it's over," noted South Korean President Moon Jae-in on Sunday, noting that South Koreans "must never lower [their] guard regarding epidemic prevention."

Just as Germany decided to leave reopening measures to its individual 16 states, with citizens returning to restaurants and bars in some regions, authorities noted that the "reproduction rate" — how many people an infected person ends up infecting in turn — appeared to rise back to 1.1 in the European nation, ringing alarm bells.

Germany's center for disease control, however, claimed there was still uncertainty surrounding the latest estimates — but noted that more data was critical. Federal rules in Germany state that any county with more than 50 new cases per 100,000 inhabitants will be locked down, CNN reports.

The fears come just as countries are starting the long process of a return to normalcy — while maintaining health and safety measures including social distancing and encouraging the wearing of face coverings.

Disneyland in Shanghai reopened to the public on Monday, albeit with enhanced health and safety measures. The first restaurants reopened in Germany over the weekend. Earlier this month, South Korea announced that baseball and soccer matches are expected to start up again, albeit without stadium audiences.

More on the pandemic: DARKNET MARKETPLACES ARE FULL OF COVID-19 TESTS AND MEDICINE

Image by zhugher via Pixabay

7.02.22 Rx/Medicines
North Korea Claims It Only Got COVID Because South Korea Sent Over "Tainted Balloons"
5.03.22 Developments
Chinese Nursing Home Brings Resident to Morgue While Still Alive
4.24.22 Developments
COVID Cases Keep Rising in China in Spite of Huge Crackdown
4.21.22 Developments
Censors in China Are Having a Hard Time Silencing All the Rage Right Now
4.16.22 Developments
Why People in Locked Down Shanghai Are Screaming Out Their Windows

7.03.22 Neuroscience/Brain Science
Lawyers and Doctors Struggle to Figure Out Who's Actually Dead
"We're literally legislating what states of life are worth protecting."
By Lonnie Lee Hood / Read More >>
7.03.22 Developments
10-Year-Old Forced to Cross State Lines by Disgusting Abortion Ban
Disgraceful.
By Lonnie Lee Hood / Read More >>
7.02.22
Disturbing Discovery Finds That Space Does Something Bad to Astronauts' Bones
Grim.
By Noor Al-Sibai / Read More >>
Keep up.
Subscribe to our daily newsletter to keep in touch with the subjects shaping our future.
+Social+Newsletter
TopicsAbout UsContact Us
Copyright ©, Camden Media Inc All Rights Reserved. See our User Agreement, Privacy Policy and Data Use Policy. The material on this site may not be reproduced, distributed, transmitted, cached or otherwise used, except with prior written permission of Futurism. Fonts by Typekit and Monotype.