New Adult Teeth Can Now Be Regrown in Your Mouth!

Over 35 million Americans have lost all of their natural teeth and about 178 million adults are missing at least one tooth, according the American College of Prosthodontists. Many people with tooth loss opt for implantation procedures. Commonly made of titanium, implants take as long as several months to heal and if the metal screw doesn’t fuse with the jaw over this time, it will simply fall out. Now, a doctor has pioneered a procedure that promises to help patients regrow their own teeth.

Dr. Jeremy Mao, Co-Director at the Center for Craniofacial Regeneration and professor of dentistry at Columbia University Medical Center, is the first to succeed in using stem cells in the regrowth of adult teeth. His new device acts as a scaffold, covered in growth-factor and guiding a patient’s stem cells to form a new tooth. The resulting formation is correctly shaped and properly merged into the anatomy of the mouth. This remarkable regeneration takes only nine weeks. 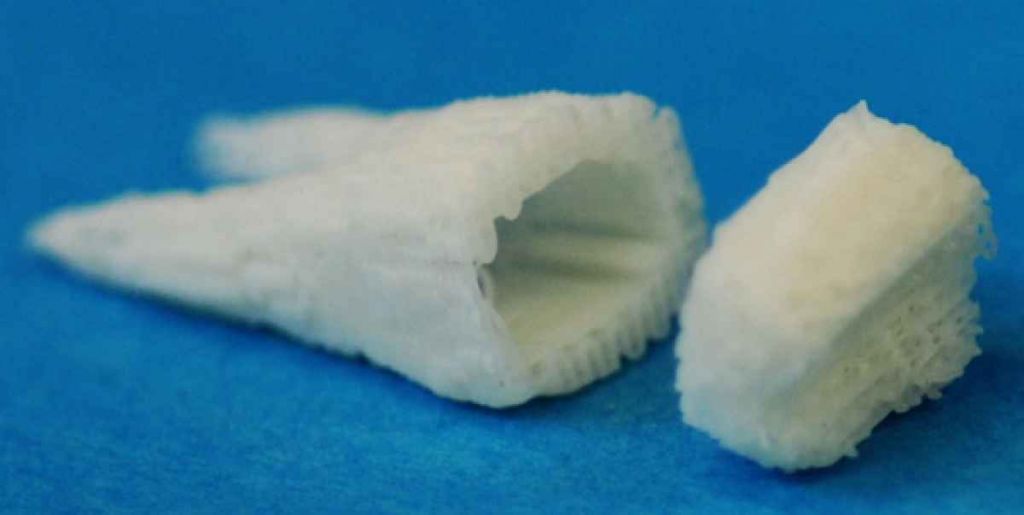 The technology behind the procedure is already in the process of being patented and Mao is now pursuing clinical trials. Currently, a single implant can cost up to $10,000. Mao hopes to make his procedure relatively cost-effective and it could significantly change the face of tooth loss treatment.

Humanity’s next Stage of Evolution Could Be the Cyborg