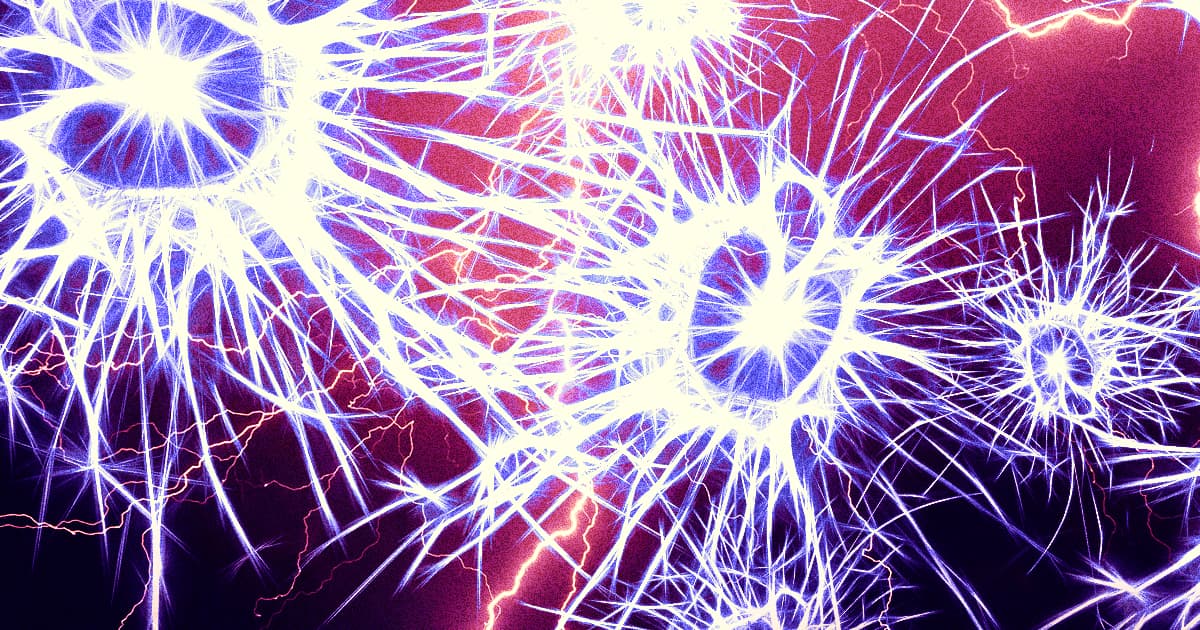 When it comes to growing miniature brains — or even implanting human brain cells into other developing animals — how far is too far? It's a major ethical question within academic circles as neuroscientists try to push the field forward without crossing any particularly thorny boundaries.

The National Institutes of Health recently commissioned a report to figure out the most ethical way to balance scientific progress with reasonable concerns that researchers might accidentally create at least partially-conscious organisms in the lab, Science Magazine reports. For now, however, those concerns might be unfounded. The overall consensus is that neuroscientists can keep doing what they're doing.

In order to better understand the brain, scientists have started to run experiments on lab-grown neural organoids — simplified blobs of brain cells that vaguely resemble and function like the real thing. But these studies have raised serious questions: If scientists are growing and eventually destroying mini-brains, experts have wondered, are they creating sentient life? Are they causing pain?

The report answers those questions with a resounding "no." Part of the problem, it found, is that calling these organoids "mini-brains" makes them sound more sophisticated than they really are.

"The world would be a substantially better place if the scientists and press offices were a little more careful wording in interviews and press releases," Harvard University neuroscientist and co-chair of the report committee told Science.

The same goes for experiments that involve implanting human neurons into animal brains. Because different animals' brain cells mature and develop at different rates, implanted human neurons are extremely unlikely to integrate with the animal brain in a way that would enhance their intelligence or conscious experience, the report concludes. However, the report warns that its recommendations may become outdated over time as the field progresses, especially when it comes to research on human-like primates.

"[The report] makes a clear statement that current models don't pose an ethical dilemma, but in the future that may change," University of California, San Francisco neuroscientist and neural organoid expert Arnold Kriegstein told Science Magazine. "It's very important to the field that the public and funding agencies are reassured that nobody is tromping on any ethical boundaries or lines at the moment."

More on neural organoids: A Lab Grew a "Mini Brain" From This Guy's Cells. Then Things Got Weird