New Brain-Computer Interface Doesn't Even Need to Touch the Brain

So what if it needs a little hole in the jugular? 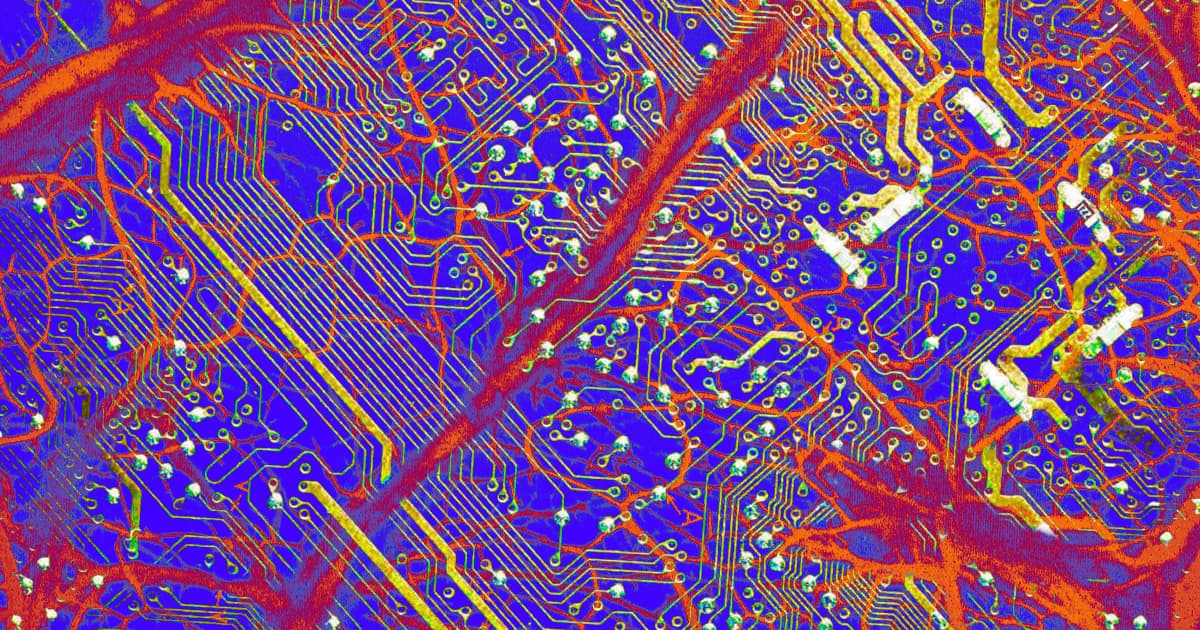 In an important step toward the goal of hooking our brains up to machines, scientists have developed a brain-computer interface (BCI) system that interprets neural signals — without coming into contact with the brain itself.

Typically, neural implants need to rest on top or inside the brain, which can harm and kill brain tissue in ways that scientists still don't yet fully understand. But a company called Synchron is taking a different approach: developing BCI systems that slither toward the brain through the jugular vein, circumventing the need for brain surgery altogether.

Now, Wired reports that the company has taken it a step further: Its newest BCI doesn't even need to extend all the way to the brain in order to pick up on what it's saying.

The implant, which remains in the body's vasculature near the brain, was able to pick up and interpret neural signals that heralded the intent to move a muscle. Two patients paralyzed from Lou Gehrig's disease who were implanted with the experimental device were able to use it to communicate and send text messages, according to research published in the Journal of NeuroInterventional Surgery on Wednesday.

"Self-expanding stent technology has been well demonstrated in both cardiac and neurological applications to treat other disease," neuroscientist and Synchron CEO Thomas Oxley told Wired. "We just use that feature and put electrodes on top of the stent."

"It's fully implantable," he added. "Patients go home in a couple of days. And it’s plug-and-play."

Of course, it's not quite that simple for the patients, who still need to spend weeks training the system's AI software to understand their neural signals once they get home. But once the system caught on to which brain impulses meant what, they were able to move a computer cursor around with an eye tracker and click their mouse just by thinking about it.

"There's a trade-off between how invasive you want to be and at what level you collect information," Andrew Pruszynski, a neuroscientist at Canada's Western University told Wired. "This is trying to get to the middle ground, to insert a catheter close to the neural activity. It’s obviously invasive, but certainly not as invasive as putting electrodes into the brain."

READ MORE: A New Way to Plug a Human Brain Into a Computer: via Veins [Wired]

More on Synchron: This Neural Implant Accesses Your Brain Through the Jugular Vein

1.11.23 Neuroscience/Brain Science
People Thought an AI Was Brilliantly Analyzing Their Personalities, But It Was Actually Giving Out Feedback Randomly
12.01.22 Devices
Elon Musk Shows Off Monkey That Can Type With Brain Implant Instead of Typewriter
10.13.22 Neuroscience/Brain Science
Video Shows Human Brain Cells in Dish Teaching Themselves to Play a Videogame
10.04.22 Developments
Lawsuit Accuses Walmart and CVS of Equating Homeopathic Treatments With Real Medicine
9.28.22 Rx/Medicines
Scientists Trick Mosquitoes Into Vaccinating Against Malaria by Biting