The chamber allows patients to kill themselves at the press of a button. 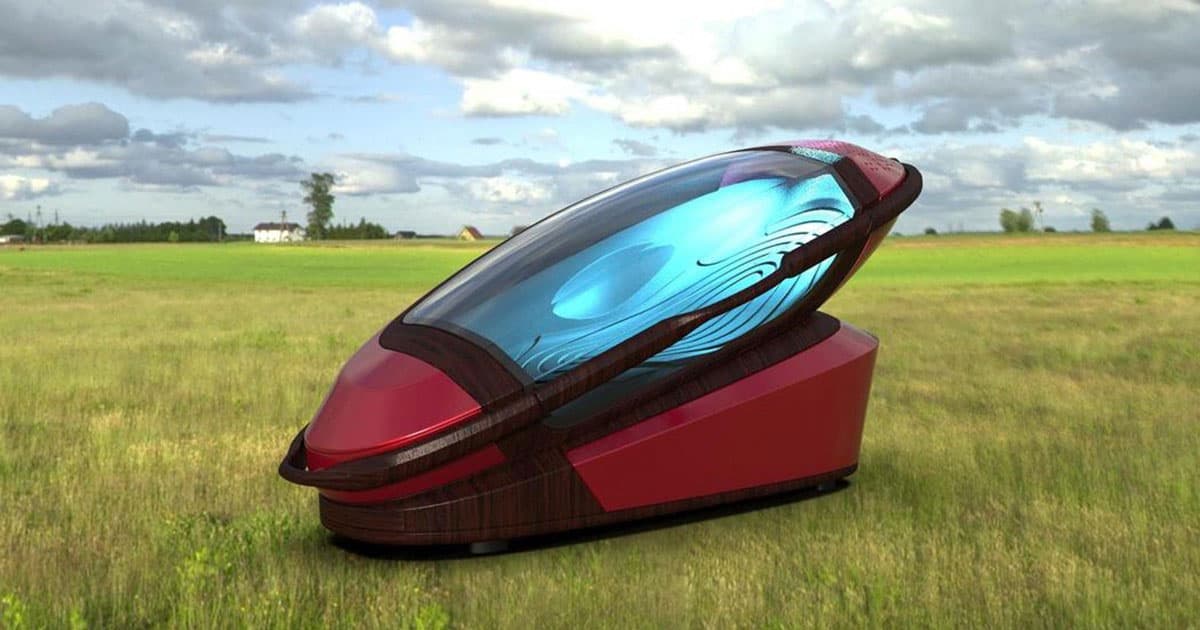 Switzerland is one of a handful of countries that supports physician-assisted suicide. However, one company wants to take the doctors out of the process and allow patients to kill themselves at the push of a button.

Exit International, a nonprofit dedicated to assisted suicide advocacy, has developed a 3D-printed suicide chamber dubbed Sarco, according the Swiss Broadcasting Corporation (SBC). The capsule just recently cleared legal regulatory approval in Switzerland, and is set to launch in the country as soon as next year.

Sarco allows patients to lay comfortably inside. When they’re ready to die, they press a button that fills the chamber with nitrogen gas, resulting in what the nonprofit says will be a painless death via oxygen deprivation with 30 seconds.

"There is no panic, no choking feeling," Dr. Philip Nitschke, founder of Exit International, told the SBC.

The chamber can be transported to different locations, too, allowing patients to choose where they might want to die — such as a beach, forest, or their own home.

While the thought of an honest-to-god suicide booth is fascinating in its own right — and evokes numerous touchpoints in popular culture — perhaps the most eyebrow-raising part is the company’s goal of de-medicalizing the suicide process.

In order to obtain a medically assisted suicide in Switzerland, you currently need to have a doctor confirm your mental capacity and then prescribe you liquid sodium pentobarbital, a drug can kill you in two to five minutes.

However, Exit International wants to create an AI-powered online mental capacity test. If you "pass," it gives you a code that allows you to access Sarco. That’s still in the conceptual stages, though.

"We want to remove any kind of psychiatric review from the process and allow the individual to control the method themselves," Nitschke told the broadcaster.

Assisted suicide and euthanasia are still incredibly controversial issues. While some might bristle at the Sarco suicide capsule, it'll give folks a new option to go out on their own terms — and, at the end of life, that's a compelling concept.

More on suicide: Cannabis Use Linked to Suicide Attempts in Young Adults