Most Americans Don’t Believe Anything Trump Is Saying Right Now

But most still have trust in the government in general. 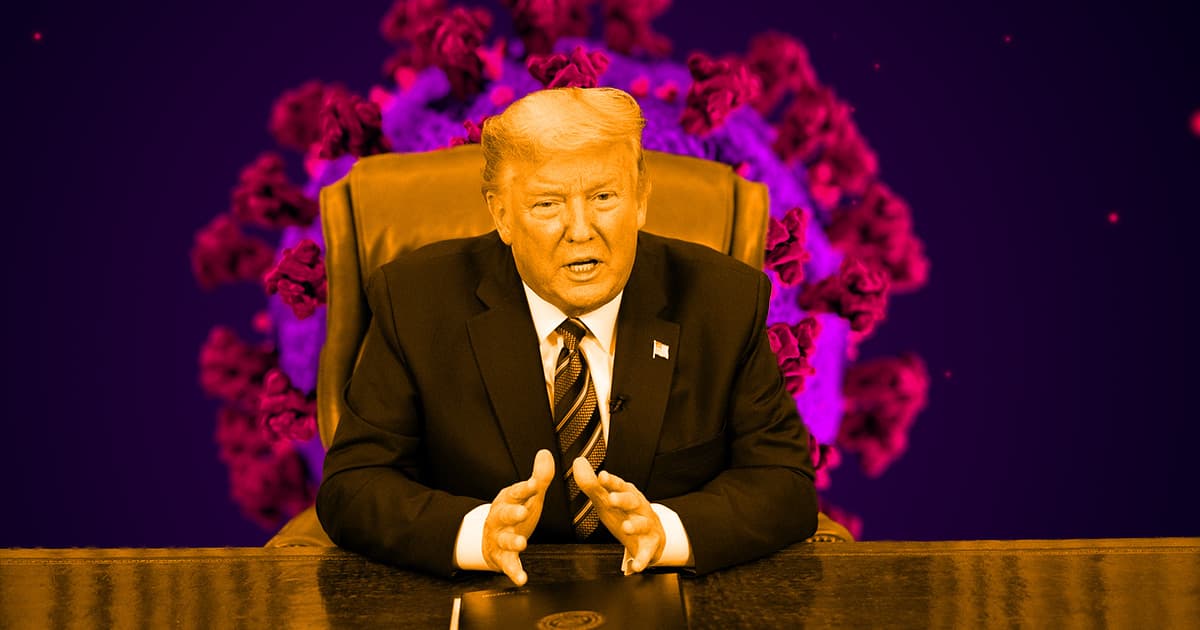 If there's anything reassuring about the current political moment, it's that the majority of Americans know better than to put trust in what they're hearing about the coronavirus pandemic from...the American President.

A new national NPR/PBS Newshour/Marist poll reports from a sample of 835 adults around America, about 24 percent of Americans place "not very much" trust in what they hear about the coronavirus from Donald Trump, NPR reports. Another 36 percent responded "not at all."

As one might expect, 74 percent of Republicans responded positively and about 91 percent of Democrats negatively, but the majority of both camps — and independents — still trust the messaging sent out by state and local governments and public health experts, according to the poll.

Most Americans still trust the news media too — though the majority of Republican respondents said they distrusted it.

It's not too shocking that Trump — who fluctuates wildly between either downplaying the danger of the coronavirus outbreak or saying that it's impossible to control — has lost people's trust.

In recent weeks, he's said the outbreak would miraculously vanish on its own, confused it with ebola, and declared a national emergency while simultaneously urging people to not get tested.

As recently as Monday, Trump referred to the virus with xenophobic language directed at China in a tweet — language the World Health Organization has condemned, internationally (and that China's government, obviously, takes none too kindly to).

"These numbers speak to the fact that there was not a unified message coming out of Washington or even from the White House," Barbara Carvalho, director of the Marist poll, told NPR. Specifically, she was talking about the rift between political parties. "There was some confusion initially — if this was really a health crisis or an economic crisis."

More on Trump: Trump's Grasp of the Coronavirus Seems Weak