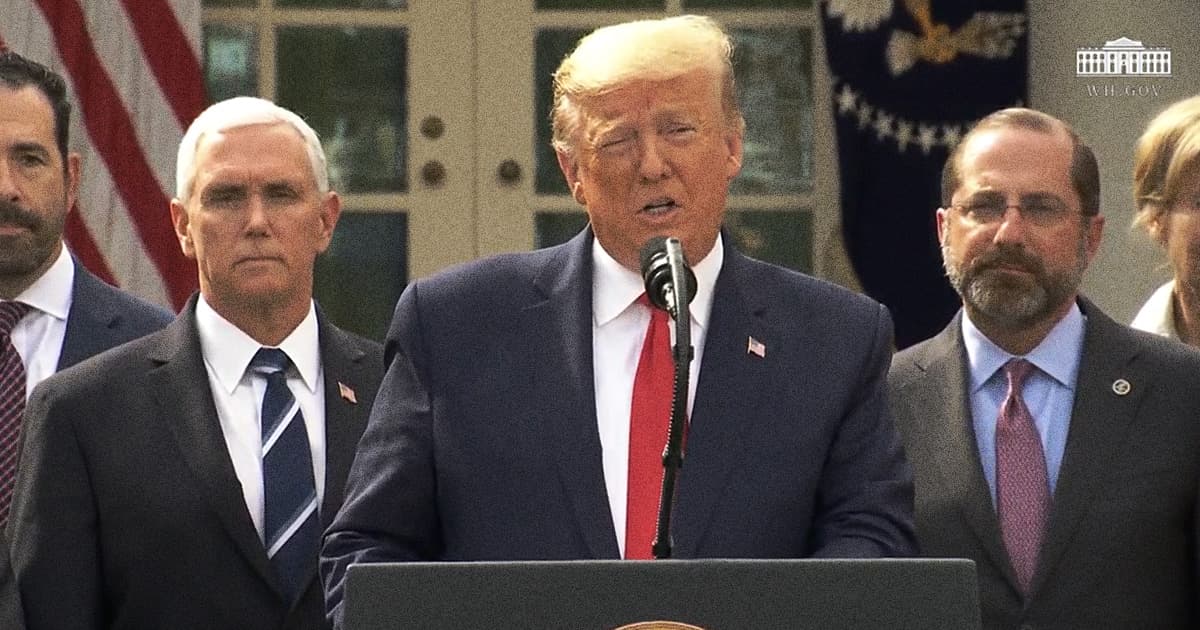 U.S. President Donald Trump just declared a state of national emergency over the coronavirus outbreak currently sweeping the country and the world.

"To unleash the full power of the federal government to this effort today, I am officially declaring a national emergency," Trump said during a Friday press conference, which started 30 minutes late.

Trump has been under pressure from lawmakers to invoke the Stafford Act, which would make up to $50 billion from the Disaster Relief Fund available to U.S. states, according to Bloomberg.

"We have very strong emergency powers under the Stafford Act," Trump said Thursday, according to NPR. "I have it memorized, practically, as to the powers in that act. And if I need to do something, I'll do it."

By declaring a national emergency, the government can give states more resources as they try to contain the outbreak as well as test and treat patients. During the press conference, Trump urged every U.S. state to set up emergency response centers to coordinate their containment efforts.

Recently, the World Health Organization sounded their highest alarm, declaring the global outbreak a fully-fledged pandemic, citing a troubling lack of response from some of the affected countries as part of its reasoning.

When the new coronavirus first reached the U.S., Trump was particularly flippant, saying that he expected it to "miraculously go away." He also took steps to keep the number of reported cases down to make the outbreak seem less severe than it was such as saying he'd rather keep citizens trapped on a cruise ship than allow them to return home.

It's not yet fully clear what the tangible impacts of an emergency declaration will be, but hopefully it means we can expect a greater mobilization against the coronavirus.