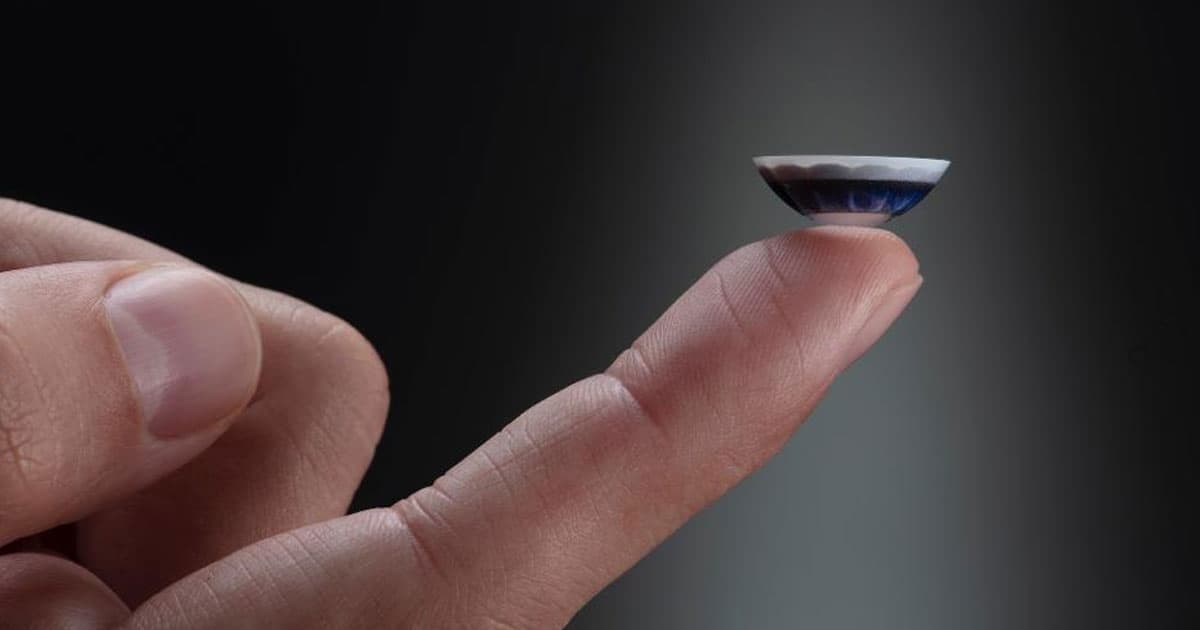 It even lets you see in the dark.

It even lets you see in the dark.

A startup called Mojo Vision unveiled a working prototype today of what it claims to be "the world’s first true smart contact lens."

The smart lens is essentially a miniaturized display that you can wear in your eye. The company says it could provide directions, sports scores, or even let them see in the dark.

"People can’t tell you are wearing it, so we want the interaction to be subtle, done using just your eyes," senior vice president of product and marketing Steve Sinclair told IEEE Spectrum.

The company promises its lens will be as unobtrusive as possible, giving you the "information you want when you want it and are not bombarded or distracted by data when you don't," Mojo Vision CEO Drew Perkins said in a statement.

Since it's a contact lens, the screen will still be visible even when your eyes are closed, according to TechCrunch.

The tech behind the tiny device, which some journalists reportedly saw at CES last week, is impressive. A miniature MicroLED display at the center of the smart lens features a pixel density of 14,000 pixels per square inch (ppi) — a world-record, according to the company. The iPhone 11's Retina display, for comparison, has a pixel density of just 323 ppi.

The startup is now working with the US Food and Drug Administration to develop a final product, aimed at the vision impaired, that complies with regulations and standards.

READ MORE: This startup wants to put a tiny display on a contact lens [The Verge]

Smart Contact Lens
DARPA: This Smart Contact Lens Could Give Soldiers Superpowers
4. 29. 19
Read More
These 'Smart Contacts' Help Predict Disease That Can Cause Blindness
2. 5. 16
Read More
Gone Guy
Man Who Accidentally Got Paid 330x His Salary Quits, Disappears
Yesterday
Read More
+Social+Newsletter
TopicsAbout UsContact Us
Copyright ©, Camden Media Inc All Rights Reserved. See our User Agreement, Privacy Policy and Data Use Policy. The material on this site may not be reproduced, distributed, transmitted, cached or otherwise used, except with prior written permission of Futurism. Fonts by Typekit and Monotype.