Don’t Like Shots? Swallow This Pill Full of Microneedles Instead

It can deliver drugs directly into the small intestine, pain-free. 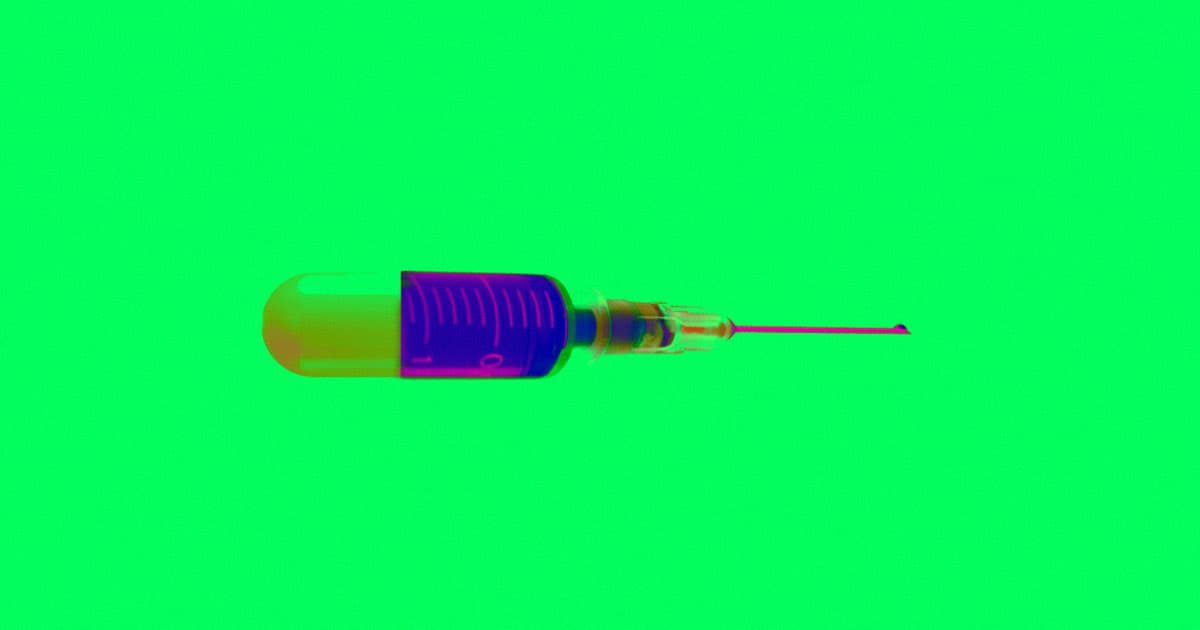 Without a dose of insulin at least once a day, people with diabetes can see their blood sugar reach dangerous levels. Unfortunately, an insulin pill won't work — the gastrointestinal tract breaks the protein down too quickly to make oral ingestion of insulin possible.

The only option left: getting stuck with a needle every day.

At least, that's always been the case. But now, researchers from MIT have created a smart pill that could end the need for painful drug injections — and not just for people with diabetes.

According to the team's study, which was published in the journal Nature Medicine on Monday, the pill consists of a 30-millimeter-long capsule housing a three-armed device covered in dissolvable microneedles carrying insulin.

The researchers designed the capsule to remain intact in the acidic environment of the human stomach, only dissolving once it reaches the even-more-acidic small intestine.

At that point, the capsule breaks apart, and the inner device's three arms spring open. The microneedles penetrate the top layer of tissue in the small intestine, the arms break off, and the needles dissolve to release the insulin.

"We performed numerous safety tests on animal and human tissue to ensure that the penetration event allowed for drug delivery without causing a full thickness perforation or any other serious adverse events," researcher Alex Abramson told MIT News.

No need to worry about the microneedles in the insulin pill hurting, either — the small intestine lacks pain receptors.

The researchers believe the smart pill could not only eliminate the need for daily insulin injections, but also replace other types of shots, including those used to deliver hormones, antibodies, or RNA-based drugs.

"We can deliver insulin, but we see applications for many other therapeutics and possibly vaccines," researcher Giovanni Traverso told MIT News. "We’re working very closely with our collaborators to identify the next steps and applications where we can have the greatest impact."

READ MORE: New capsule can orally deliver drugs that usually have to be injected [MIT News]