MIT Invents Smart Pill That Injects Insulin Into Your Stomach 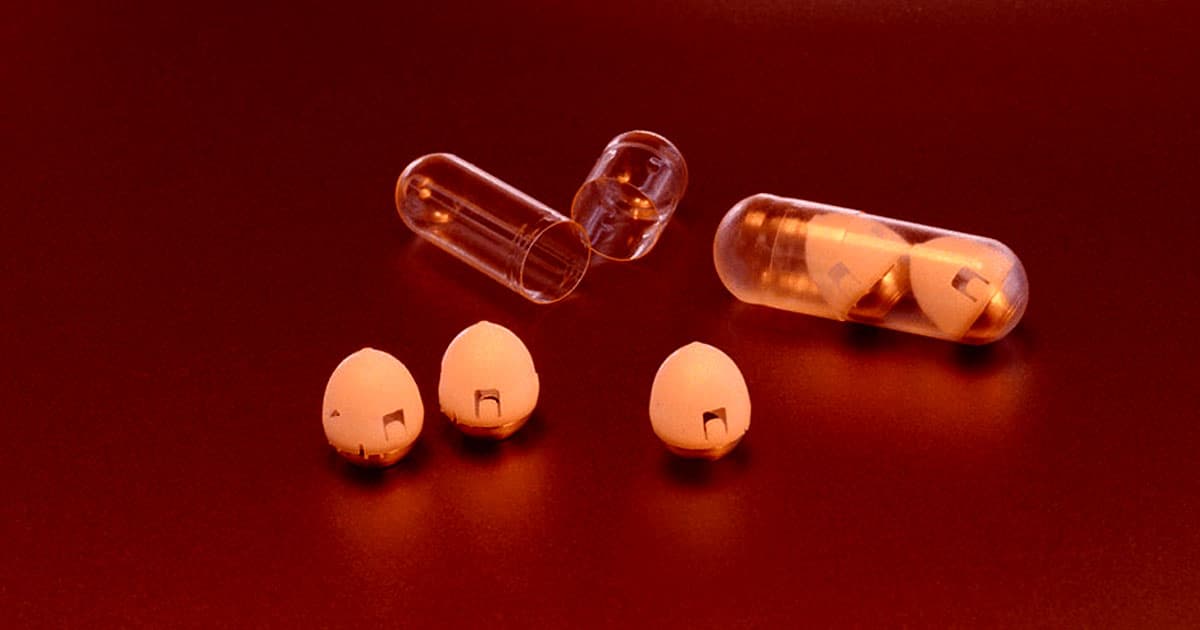 Hundreds of millions of people worldwide suffer from diabetes. Their bodies either can't produce or process insulin properly — so they have to regularly inject themselves with shots of freeze-dried insulin.

But researchers at MIT may have found a futuristic solution: a high-tech smart pill called SOMA — yes, we get the Aldous Huxley reference, but it also stands for "self-orienting millimeter-scale applicator" — that releases periodic doses of insulin into your stomach with an integrated needle.

"We are really hopeful that this new type of capsule could someday help diabetic patients and perhaps anyone who requires therapies that can now only be given by injection or infusion," said Robert Langer, an MIT professor and senior author of the study, in a statement.

The curvature of the pill's shell ensures it always stays upright. And that's important: the pill needs to keep contact with the stomach lining. The shape itself is based on the leopard tortoise, which has the ability to self-right from any orientation.

The pill contains exactly the same kind of freeze-dried insulin as found in today's insulin injection kits, but compressed. It takes roughly an hour for the insulin to be fully released. The pill will then make its way safely through the digestive tract.

The pill could have groundbreaking implications for diabetics everywhere.

"We are not talking about incremental improvements in insulin absorption, which is what most researchers in the field have done so far," Maria José Alonso, a professor of biopharmaceutics and pharmaceutical technology at the University of Santiago de Compostela in Spain told MIT News. "This is by far the most realistic and impactful breakthrough technology disclosed until now for oral peptide delivery."