Invisible Ink “Tattoos” Could Be Used to ID Vaccinated Kids

They're only visible using a special smartphone camera app and filter. 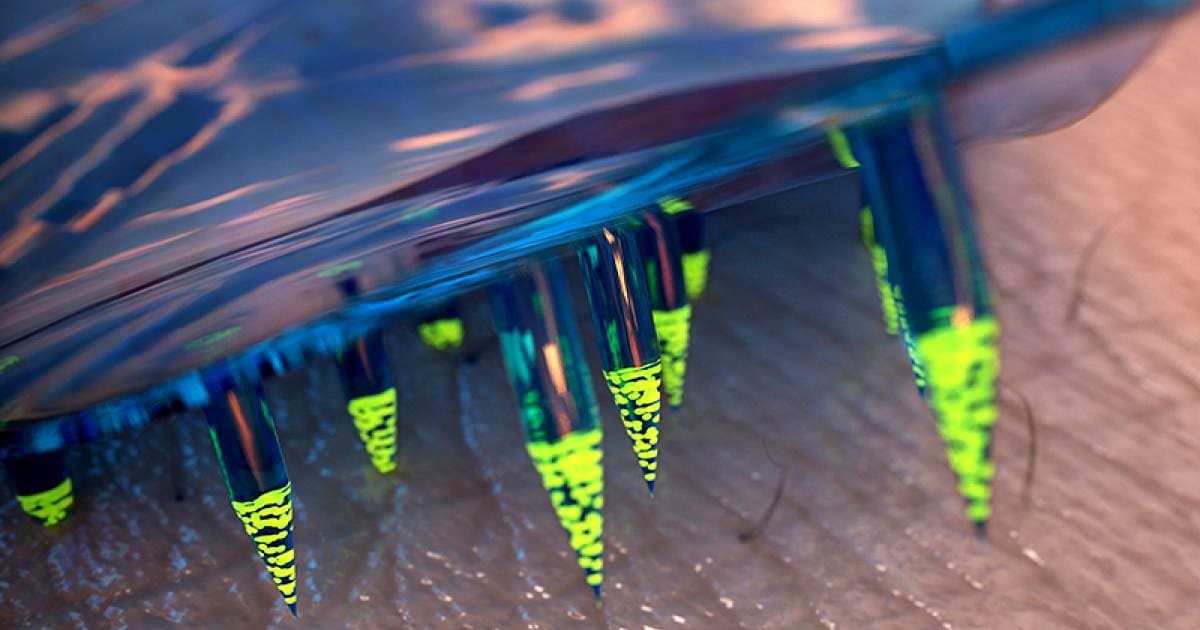 For the people overseeing nationwide vaccination initiatives in developing countries, keeping track of who had which vaccination and when can be a tough task.

But researchers from MIT might have a solution: they've created an ink that can be safely embedded in the skin alongside the vaccine itself, and it's only visible using a special smartphone camera app and filter.

In other words, they've found a covert way to embed the record of a vaccination directly in a patient's skin rather than documenting it electronically or on paper — and their low-risk tracking system could greatly simplify the process of maintaining accurate vaccine records, especially on a larger scale.

"In areas where paper vaccination cards are often lost or do not exist at all, and electronic databases are unheard of, this technology could enable the rapid and anonymous detection of patient vaccination history to ensure that every child is vaccinated," researcher Kevin McHugh said in a statement.

The Bill and Melinda Gates Foundation funded the team's research, which was published in the journal Science Translational Medicine on Wednesday. According to a Scientific American story, the project came about following a direct request from Microsoft founder Bill Gates himself, who has been personally involved in efforts to eradicate polio and measles through vaccinations.

The invisible "tattoo" accompanying the vaccine is a pattern made up of minuscule quantum dots — tiny semiconducting crystals that reflect light — that glows under infrared light. The pattern — and vaccine — gets delivered into the skin using hi-tech dissolvable microneedles made of a mixture of polymers and sugar.

So far, the system is mostly a proof of concept. But the researchers have already tried it out on rats and found that the patterns were still detectable nine months after injection. In human cadaver skin models, the patterns outlasted five years of simulated Sun exposure.

"It’s possible someday that this 'invisible' approach could create new possibilities for data storage, biosensing, and vaccine applications that could improve how medical care is provided, particularly in the developing world," MIT professor and senior author Robert Langer said in the statement.

READ MORE: Invisible Ink Could Reveal whether Kids Have Been Vaccinated [Scientific American]

More on vaccinations: Pro-Vaxxer Spots Own Photo at Vigil for Kids "Killed by Vaccines"